Like anyone preparing for service in mission, we inevitably get asked why we’ve chosen the destination where we’re planning to serve. It’s a quite natural question, and it challenges us to explain how a call is received. Sometimes it is a question that challenges us to explain why we’re heading to someplace so far away when there are so many ways to serve so much closer to home.

As is the case for many missionary candidates, what some friends see as our “choice” is not so much a decision that originated with us as it is a decision to accept an invitation from the Lord. Explaining that can involve a whole different level of unpacking, depending upon where the inquiring friend stands in terms of his or her faith. No, the heavens did not part, and no God’s voice did not resonate from between the clouds. God spoke to us as he so often speaks – in a still small voice that a believer has to listen for among all the sounds that fill the spaces in ordinary life.

In our case, God’s invitation came through Ugandan friends, and through a network of friendships we had cultivated through opening our home to students from Uganda Christian University over a period of several years.  Several years ago, the Law Faculty at UCU began training and fielding teams of law students to qualify and then to compete in one of the most renowned international moot court competitions held every April in Washington DC, where we live. Because of our involvement with our parish’s mission and outreach committee, we volunteered to host a couple of the visiting Ugandan students, an offer that evolved into a (mostly) annual event during the years UCU would qualify and send a team. Each year we made new friends, and nurtured those friendships through email and social media correspondence as they graduated from university, worked their way through Uganda’s Law Development Centre, and began their careers. A couple of years ago, a friend who had himself served as a missionary professor at UCU called us, and in the course of a conversation asked, “Have you ever considered serving at UCU yourselves?”

His question did not immediately lead us to answer “yes”, but it did lead us to a long period of discernment to test the idea whether we were motivated to serve, and whether and how we were equipped to serve in a way that would contribute to UCU’s mission to educate the rising generation of East Africa’s leaders. In thinking back on this discernment process of now nearly two years, and pondering ourselves the question “Why Uganda?” that is woven deeply into our call that came in the form of an invitation I found myself returning again and again to one of Scripture’s most familiar stories – the story Jesus provides in answer to the question “Who is my neighbor?”

Consider that story. The Samaritan passing along the road has never met the man accosted by robbers, lying alongside that road. They are not neighbors in the sense of two people who greet each other from gate to gate across a little lane on which they each live. They are strangers. And yet the man who the world now calls “The Good Samaritan” responds to the man left beaten on the side of the road as his neighbor.

Among the things Jesus is teaching through this story is that there are times when we are placed in situations where we see even a stranger in a new light, as a neighbor deserving of our attention and care. Times of opportunity, when if we listen we hear the still small voice of God, a voice that transforms our unquestioning acceptance of the familiar, and directs our perceptions of the world toward God’s perceptions. To a world where neighbors can come from a place half a world away, even when they’re sitting at your dinner table. To a neighborhood at once vast and yet surprisingly small, where there is valuable work to be done, where one is invited to participate in that work, though the work may take place half a world away.

No doubt there are people who sit down and make a decision to go someplace and to serve there, whether the “someplace” may be in the homeless shelter in their city’s downtown core, or to an orphanage in the foothills of the Himalayas. Catherine and I respect and honor those decisions. In our case – and in the case of many who are called to serve in mission – the decision to serve is a response to an invitation to serve that God offered through friends in an unexpected way. There is no one answer to the question “Who is my neighbor?”, but in a broken world, the God we acclaim invites us to see neighbors whom we may not previously have considered, whether they may be reached via a bus ride downtown, or by a flight across the world to the heart of Africa. There is so much work to be done.

In our case, though we did not recognize it at the time, we met our neighbors from Uganda at our dinner table. 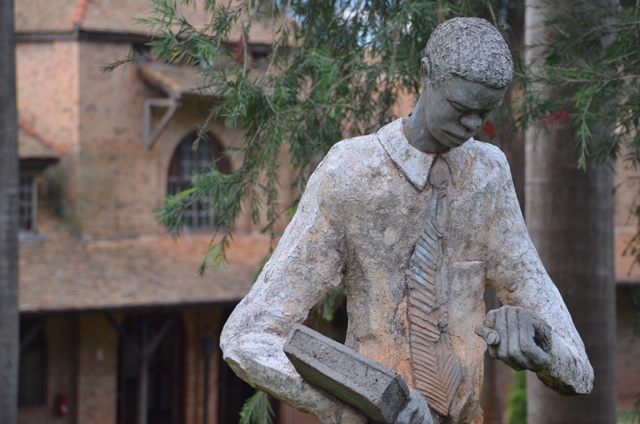 We’re beginning our SAMS blog with these photos from our October trip to Uganda to show the place to which we have been called to serve and that we look forward to as our next home: Uganda Christian University in Mukono, Uganda.

While in Uganda in October, Catherine and I each accepted invitations from the Faculty of Law at Uganda Christian University to join them in their mission to educate Uganda’s next generation of leaders – me to participate in growing the natural resources and environmental component of the Law School’s curriculum, and Catherine to serve as an administrator with the John Sentamu Institute for Human Rights Law. We will live on campus, and participate in the academic, social, and spiritual life of an institution committed to serving as a “centre of excellence in the heart of Africa”, and to equipping “students for productive, holistic lives of Christian faith and service”. You will learn more about UCU at www.ucu.ac.ug.

We’re very, very excited about this opportunity. It was not something we ever planned. It came about through an invitation to consider the idea over a year ago that we kept exploring. It came about because we opened our home to some talented, inspiring young students from Uganda and have maintained our friendships with them, and those relationships came to the attention of the university.  It came about because we received the encouragement and support of certain friends as we gave thought and prayer toward taking this step. It came about because the God that we believe in is capable of of offering surprises bigger than we can ask or imagine. With UCU’s invitation, we are being given an opportunity to put our two lifetimes to work, to serve the mission of “equipping students for productive, holistic lives of Christian faith and service”. Why would we respond with any other answer but ‘yes’?

So, while in the words of the Jimmy Cliff song, we have “many rivers to cross” to return to Uganda, returning there is now our journey. We will be deeply grateful for your support, whether in contribution, pledge or prayer. 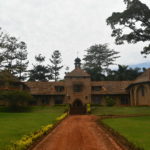