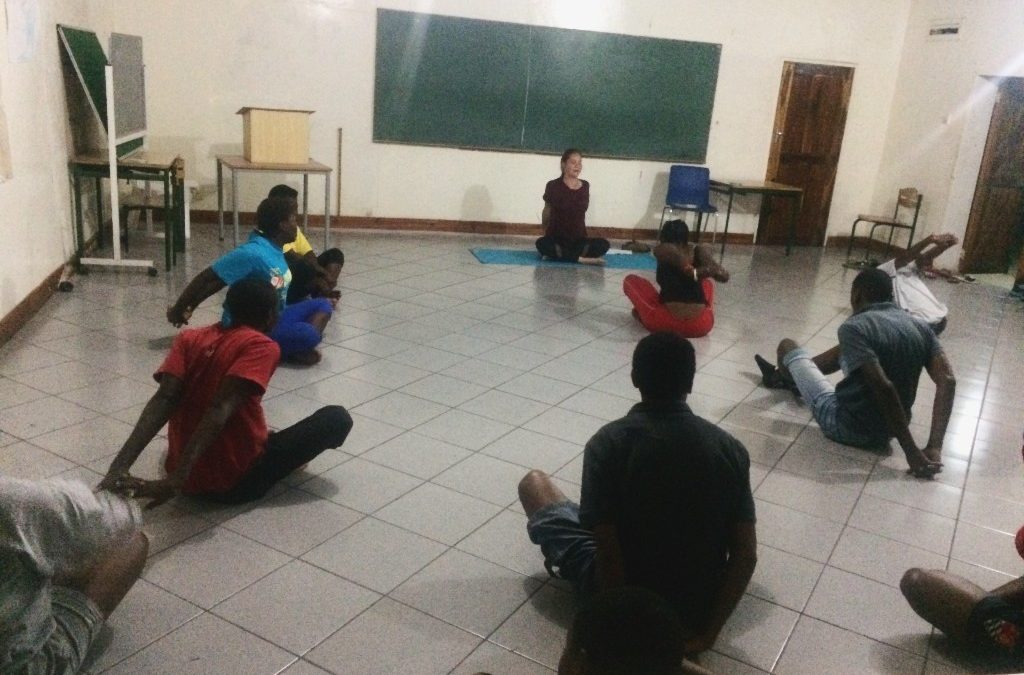 And love consists in this: not that we loved God, but that He loved us and sent His Son as an atoning sacrifice for our sins. 1 John 4:10

A high percentage of the population in Zambia is under the age of 35. SAMS Missionary, April Sylvester, feels called to come alongside young adults. At GLO Zambia, April serves the Lord by mentoring young adults. The students learn about relationships, stewardship, missionary vocation, and HIV prevention. Currently, April is also teaching yoga and swimming.

Shari: April has been a very good mentor. I already knew how to swim, but April has helped me perfect my swimming. I also used to smoke and she has helped me with my addiction, and now I don’t really want to smoke. She has been there for me when others have thought less of me. I thank her for that.

Peter: April has been my best swimming teacher. When was struggling spiritually, she was there for me. She prayed with me and continued to pray for me during my struggles.

Ana: We are GLO Students. April is our leader and she has inspired us and I have learned a lot about myself. I used to be afraid of water. Now April has taught me to be more confident and I am learning to swim. April is the kind of person has a gift of caring for others, and she really has invested in our lives.

Like April who mentors, we are called to love one another. What gift has God given you that you use to show love to others?

Names have been changed for the privacy of the students.

Would you prayerfully consider supporting April today? Pray, support, and give here. 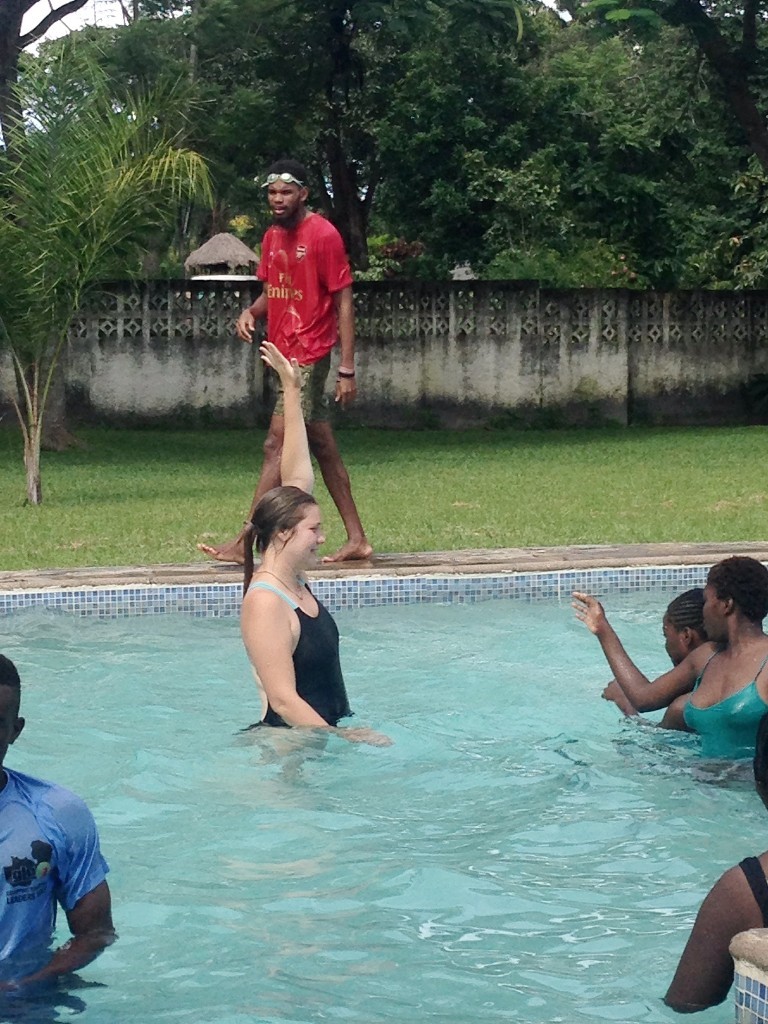 I looked around the playing field with the hundred or so kids running around, screaming, and braiding each other’s hair. I took a deep breath. This was our second kids’ camp and I now knew that while kids’ camp was Disneyland for the children, it was no vacation for the leaders. Suddenly a small body collided into my legs from behind and little arms wrapped around my thighs. “April!” I turned around. It was Addy.

Addy was one of my favorites. I know you aren’t supposed to have favorites, but let’s be honest, people, we all have them. At 9 years old, she is small for her age but she has a personality to make up for her size.

“I am in your small group this week!” she beamed up at me with a snaggle tooth grin.

“Yes, you are,” I responded. “But, girlie, what happened to your tooth?”

Her face fell a smidge. “I fell and it broke in half.”

“Ouch that sounds like it hurt. But I am so glad you are here this week!” She nodded, gave me one more hug, and ran off into the sea of kids.

We had an awesome time that week. Art projects, balloon fights, and lots and lots of crazy praise songs with crazier motions. We culminated our week by meeting in our small groups.

“What was your favorite part of this week,” I asked my group of eight. As we went around the group, the kids saidthe water balloon fight or the monkey dance. But when we got to Addy she paused.

“I broke my tooth and everyone at school has been teasing me. So I almost did not come but my mom said I should still come. I was scared the first day. But no one made fun of me and I had a really good time.”

I had had no idea that this outgoing little girl had felt so self-conscious. But without even trying, we had lived out the unconditional love of God. We loved her as she was.

From the Archives: A Sweating Missionary

Kazangula is a small town (if it can be called that) on the watery border of Zambia and Botswana. A group of 12 of us from GLO had taken the long, hot journey to Southern Province for a 3 day mission trip. And this was our first day of evangelism.

Within a few minutes, our group of four came across two women building a mud house. We were greeted with kind but slightly skeptical smiles and mud-caked hands. Immediately the two older preachers we were with began to ask these ladies bombarding questions like “Do you know God?” “What do you think about church?” And I sat there a bit lost and helpless because I did not speak any of the 5 languages floating around the community.

As they continued the conversation impregnated with long pauses and open Bibles, I saw my friend Emmanuel move towards their house. He looked at the pile of mud they were mixing for the wall, saw that their two yellow water containers were empty, and with less than a word he picked them up and walked away. The preachers continued to talk as I watched him walk into the distance, the yellow containers getting smaller and smaller. He stopped to ask a man something and continued up the hill to a half-finished church building. After about 10 minutes he was coming back down to us, sweat beading on his forehead in the midday sun, water sloshing on his jeans from the containers.

In that moment, I realized that THAT is the kind of missionary I want to be. I want to be a sweating missionary. The people of this country hear lots of words—it is not uncommon for church service to be 5 hours long and school is notoriously lecture-based. So how many times do we come across someone who is not concerned with words but is willing to get down into the mud of life with us? It means being able to really see people and their needs, which, yes, does take a certain level of cultural competency that I am still working on. But maybe I can bumble, sweat, learn and love my way towards that goal.

So when the preachers turned to me and asked if I wanted to say anything. I shook my head. No. Emmanuel without even speaking had said everything I wanted to say.

Soccer is life here in Zambia