The Promise that Makes Mission Possible and Illness Bearable, Part 3 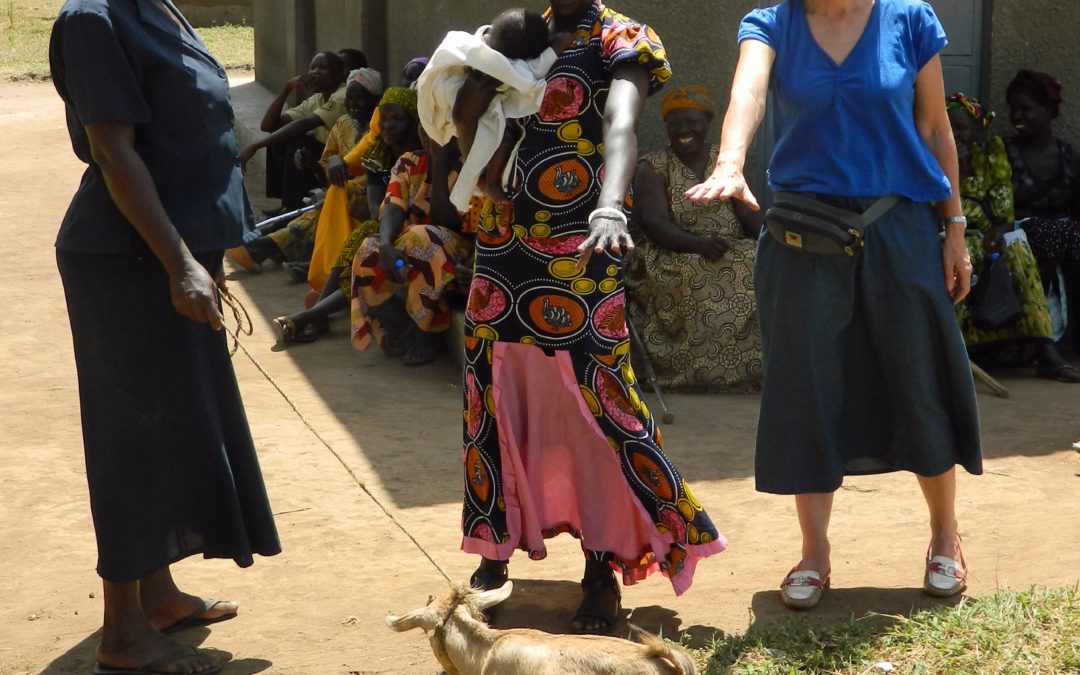 Today, many of your SAMS-USA missionaries are adapting their ministries to share God’s presence in the midst of the pandemic. They are delivering groceries and spiritual comfort to poor communities in African and South American countries. God is also blazing new paths for church community growth in the Netherlands and New Zealand through virtual ministry on the internet. God is providing ingenuity in a completely unexpected situation – much like he enabled SAMS founder Allen Gardiner to set the stage for the preaching of the Gospel in South America.

Since 1834, Gardiner had sought to establish mission efforts among unreached peoples in southern Africa and South America. Various circumstances disrupted his hopes time after time again.  Yet the retired English Navy Captain leaned into his calling from God to find fertile spiritual soil. Gardiner dreamed of planting Gospel seeds that could grow to bring hope and peace to a whole continent. After failing to settle among a people group in Bolivia in 1845, Gardiner continued a wilderness journey on horseback. He soon came down with a fever that left him lying weak in a dilapidated, abandoned hut. Gradually he mustered the strength to mount his horse and make it to the next city, where he wrote to his family back in England:

“I well know that had I merely said I had been ill your anxieties would have been much more excited than by having the whole of the circumstances explained. But I will dwell no longer on these circumstances. Rather I look beyond them and trace the hand of my Heavenly Father working in infinite wisdom and mercy for my soul’s profit … These seasons of chastisement are sifting times for the soul, and I pray I may not lose the full benefit … Do not be anxious about me. You know who has said, I will never leave thee nor forsake thee.”[i]

Captain Gardiner returned to England, turning the attention of his supporting senders to a people group in the far south of the Americas, in the islands of Tierra del Fuego. Living in this region are the Yaghan people, whom Charles Darwin had labeled as subhuman savages that served as evidence for his theories of evolution. Yet Gardiner and other Christ-minded travelers saw in them that divine Imago Dei giving them “equal right with the rest of the human family to hear the Gospel of Jesus Christ.”[ii] Despite the Yaghan’s unfamiliar behavior, Gardiner led teams of fellow missionaries to this region repeatedly to attempt socialization with them. His heart was determined to bring God’s ministry of reconciliation to them. Gardiner did not see an effective way to dwell on land before establishing friendship with the people, so on the second trip the team attempted to sleep offshore in boats with the intention of visiting the Yaghans during the day.

Gardiner’s prayerful and devoted team of men remained hopeful in God, even when they realized that obtaining fresh food was going to be a struggle. They discovered that their store of gunpowder had not been unloaded from the ship that dropped them off. In addition to the curiously low amount of fish in the waters, this lack of gunpowder limited their ability to get fresh meat. As the team tried to engage with the Yaghans, they picked up a few tricks to capture food in new ways, but not enough to save them from eventual starvation and death. The team’s journals, found months later, contain a prayerful, detailed treasure trove of their experiences and observations. One member of the team, a physician named Richard Williams, while dying from scurvy due to the lack of nutrition, found spiritual food in the presence of God:

“We are able, by the blessing of God, to make our abode a very Bethel to our souls, and God we feel and know is here. [Teammate] John often smiles through a tear that flows form a heart full of a sense of God’s love … So we speed the moments by, winging very many of them with the love that aspires after God, that we ourselves forget all our bodily complaints until reminded of them by exhaustion.”[iii]

Christ’s ministry of reconciliation, a ministry of presence through the forgiveness of sins, filled the team with joy despite devastating circumstances. The carpenter Erwin, who had leaned upon the faith of Gardiner, found joy in personal reconciliation with God. This is the spiritual relationship that Gardiner sought to share with the Yaghans and all of South America, though his efforts looked bleak. In his final writings, Gardiner surrendered again himself to God:

“Whether I live or die, may it be in Him. I commend my body and soul into His care and keeping, and earnestly pray that He will mercifully take my dear wife and children under the shadow of His wings, comfort, guide, strengthen and sanctify them wholly, that we may together, in a brighter and eternal world, praise and adore His goodness and grace, in redeeming us with His precious blood, and plucking us as brands form the burning, to bestow upon us the adoption of children, and make us inheritors of His heavenly kingdom. Amen.”[iv]

Gardiner collapsed on the beach after writing on September 6, 1851 that he hadn’t drunk water for days. Navy officers of HMS Dido found his body, and the bodies and graves of his six teammates, in January 1852.

Nonetheless, as was written fifty-seven years later by Gardiner’s widow, Elizabeth, his “work and labour of love was not in vain in the Lord.”[v] News of the team’s courageous sacrifice and their inspiring journals lit a fervor in England for mission to South America, “the forgotten continent.” There was now no shortage of senders or missionaries for the effort. Even Charles Darwin, convicted of his error in dehumanizing the Yaghans, eventually donated to the mission, repeatedly![vi] As Gardiner lay dying, he had carefully written a Missionary Memoranda laying out strategic future plans to bring the Gospel to Tierra del Fuego and other places in South America. In 1854, a schooner named the Allen Gardiner sailed away from England carrying missionaries that, by God’s grace, implemented Gardiner’s plans. These missionaries and their senders founded the South American Missionary Society (SAMS), which was the precursor to SAMS-USA (now known as the Society of Anglican Missionaries and Senders). God used SAMS to bring the grace-filled gospel to Tierra del Fuego, Chile, and Paraguay. As the Holy Spirit had strengthened Gardiner and his team, God’s presence filled the people of South America through the holistic ministry of SAMS.

In this season of physical distancing for the sake of protecting each other, many of us are hurting for the lack of presence. Many are suffering from a scary and dangerous disease that scientists are working hard to master as soon as possible. Some of us are fighting for our lives. Many of us feel alone, but we are not alone. The physically risen and ascended Jesus, our Immanuel, “God with us,” has sent an advocate, the Holy Spirit. Christ’s promise of God’s presence upheld Allen Gardiner laying alone and feverish on the ground in the Bolivian wilderness. God upheld him starving and dehydrated on a beach in Tierra del Fuego, and He upholds him now in the nearer presence of Christ. Through Allen Gardiner, God brought eternal hope to countless people in South America. This is all in view of God’s end goal for human history, revealed to St. John on the Island of Patmos: “Behold, the dwelling place of God is with man. He will dwell with them, and they will be his people, and God himself will be their God.” (Revelation 21:3)

The Lord be with you.
And with your spirit.

Read Part 1 and Part 2 of this blog series.

Featured picture above: Continuing development in the midst of relief. Rev. Dr. Mary McDonald is adapting her ministry to COVID-19 needs in order to sustain development work providing goats in East Africa! Stay tuned for this full story. 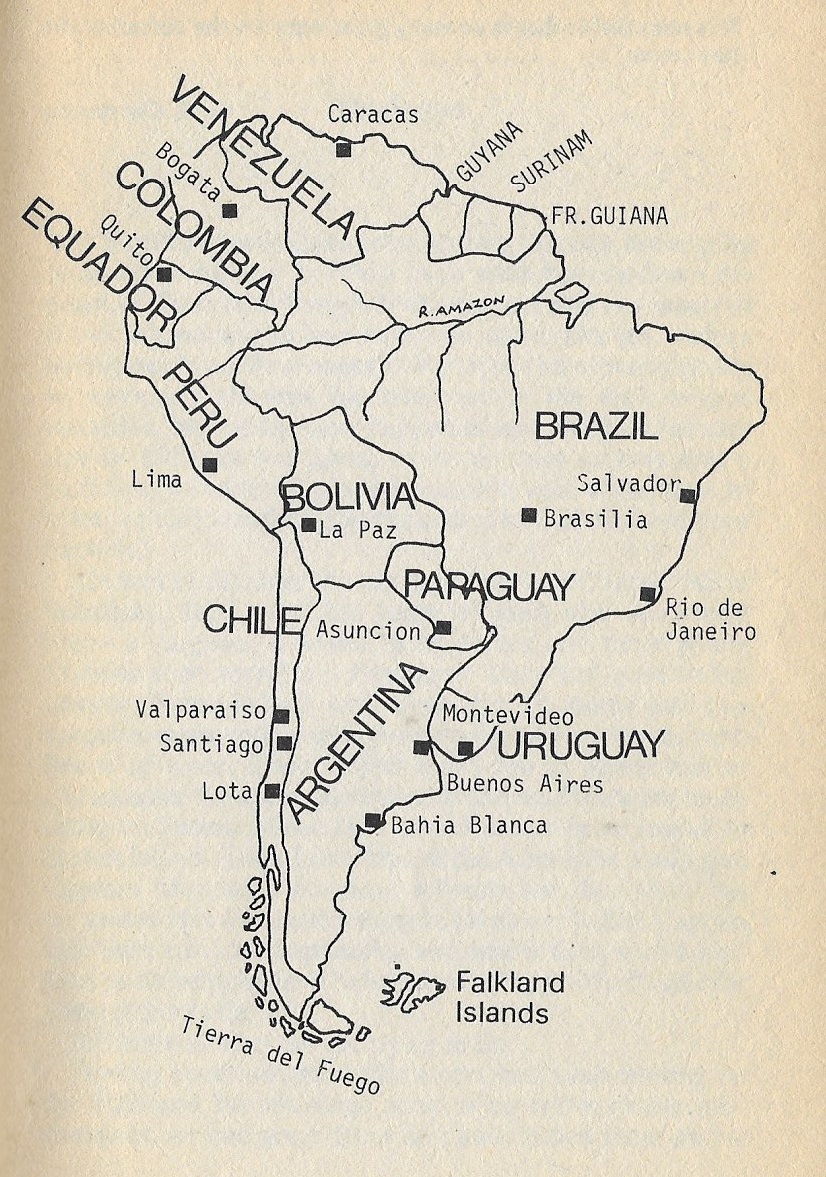