Alleviating “Poverty of Being” in Ecuador 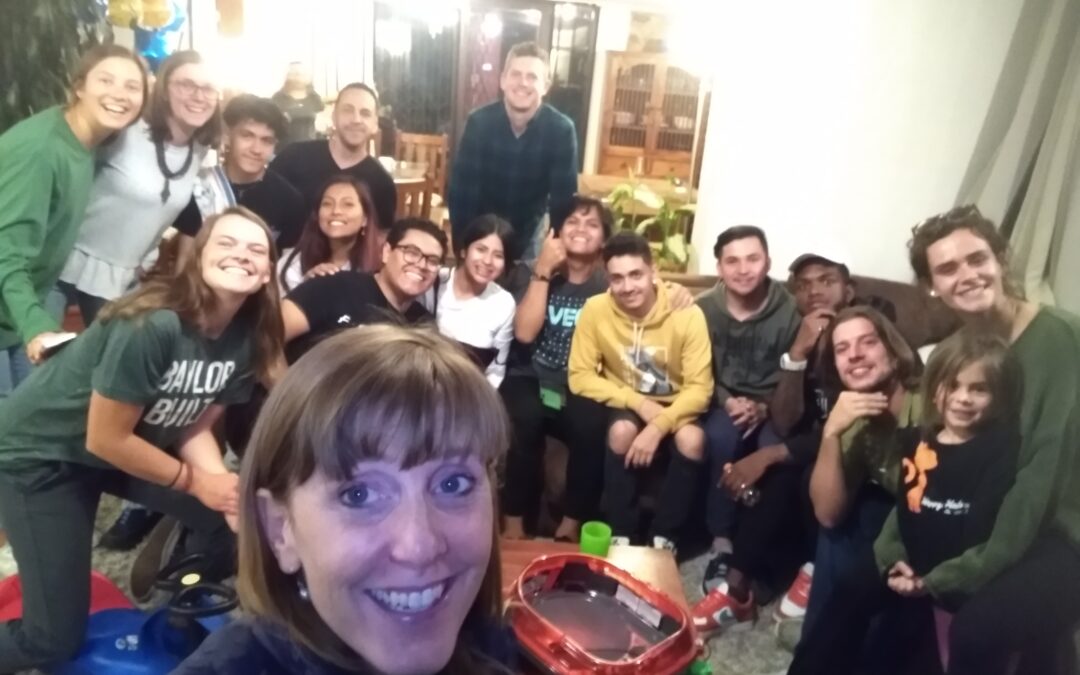 Roberto and Cameron Vivanco have been serving together in Ecuador as SAMS Missionaries for over 16 years. (Cameron, 2001, Roberto, 2006)

Cameron and Roberto serve in an international non-profit Cameron started in 2009 to help children in desperate and difficult situations. This ministry resources Ecuadorian churches to come alongside children and families trapped in poverty, through micro-scholarships and other projects. The team lifts people up through wholistic assistance, empowering them in their inherent worth as people created in the image of God. Some children who have benefited from micro-scholarships are now serving their communities as interns. In addition to this work, Roberto, who is Ecuadorian, serves in music leadership, preaching, administrative, and mentoring roles at English Fellowship Church in Quito.

Cameron, Roberto, and their children visited the SAMS home office over the summer, and we got to learn more about their ministry. What they shared reiterated for me the reality that poverty affects so much more than a person’s physical circumstances. By ministering in both practical and spiritual ways to those in poverty, Christians can help people see their true worth in Christ.

“Yet obviously poverty is more than just poverty of condition. There’s also poverty of being. Those in poverty tend to have a lower self – it’s not just self-esteem – it’s like the whole world tells them that they’re worthless and that’s why they don’t have food, or water, or housing… they’re not worth it. They’re not valuable, they’re not seen, they don’t have a voice. So, part of what we do is alleviating the physical poverty, but a huge part is just standing with those in the margin, saying ‘you are seen, you are heard, you are valuable, you have worth because you are a child of God. You and I are the same. We are children of God and we’re in this together.’ We want them to know that they matter and know that there is worth and value in them, which is the intangible….Seeing that perspective change in a person and seeing them start to take themselves seriously, which therefore makes them take their education more seriously… We’ve seen just those tiny little increments of change over and over again.”

Cameron and Roberto’s non-profit, Education Equals Hope, runs an intern program that gives ministry experience to both Ecuadorian and North American young adults (pictured above with Cameron). “In our intern program, we generally want the group to be half North American interns and half Ecuadorian interns.” Cameron explained. “The Ecuadorians are former students from our ministry sites, and we see them feel like they can ‘hold their own’ alongside college educated North Americans that have come down to Ecuador to serve.

“They live in a discipleship house together. Watching those relationships form and the Ecuadorians have that understanding that ‘I am somebody and I have something to offer’ has just been incredible. This year, two of our Ecuadorian interns are named Michelle and Erica. They came out of churches that our non-profit partners with. One of them was a micro-scholarship recipient as a child. They have now gotten to go visit four or five ministry situations – churches or families – and they always come back blown away. ‘I cannot believe what this program does and what it does for these students and how their lives are changed and how they’re transformed.’ And it’s just so exciting to get to see these interns come alive and then see their new perspectives on how the ministry is reaching into other students lives.”

“Another intern this summer, Marvin, one of our first students, came up through the program and actually graduated valedictorian of his high school. A specific donor said ‘I want to send him to college’. He just graduated from one of the top universities in Ecuador with a degree in sound engineering, and has now been hired by the Christian radio station to work there. He asked for two months off from them to come intern with us for the summer, because he wanted to give back and be in that community again that that helped him change the trajectory of his life. Now he’s a youth minister in one of the Ecuadorian churches that partners with our ministry. It’s just a really, really fun community.”

If you interested in serving in Ecuador with Cameron and Roberto’s ministry as an intern, please contact Nita Dempsey at info@sams-usa.org to learn more about the SAMS Missionary Bridger internship program.

Learn more about the Vivancos' ministry