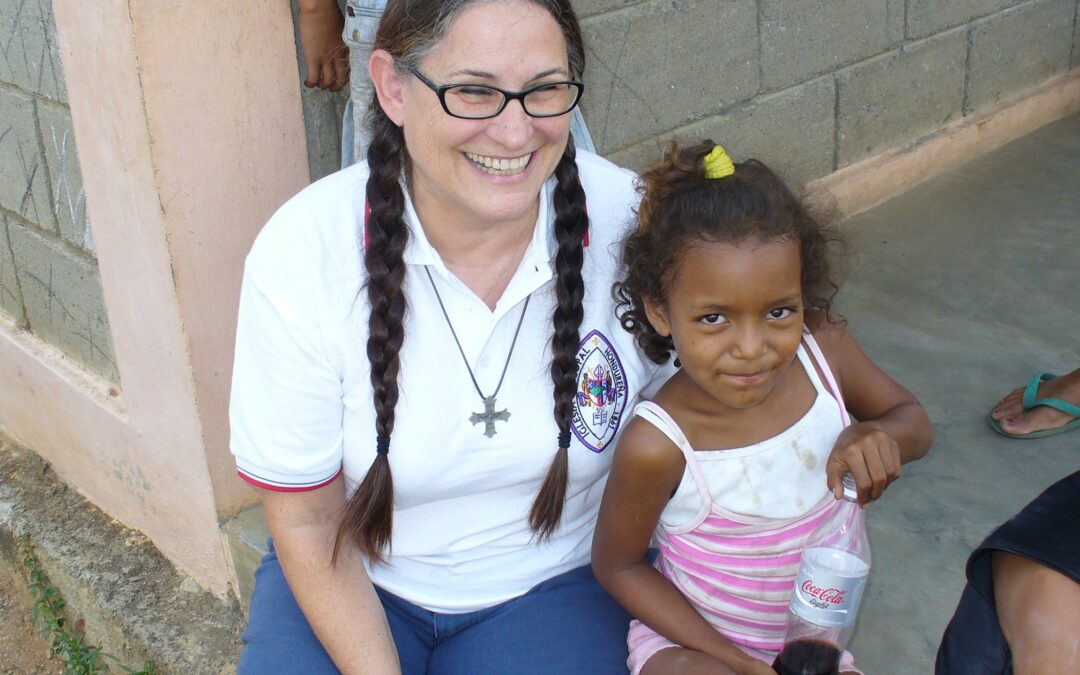 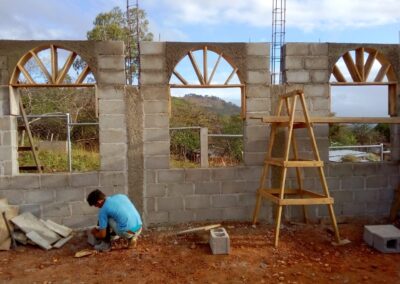 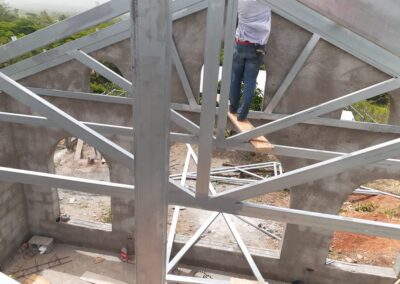 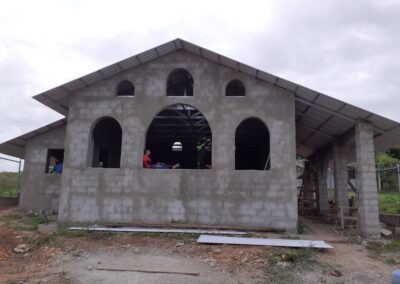 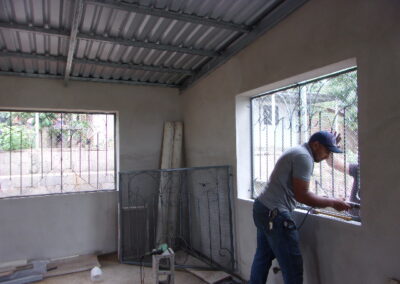 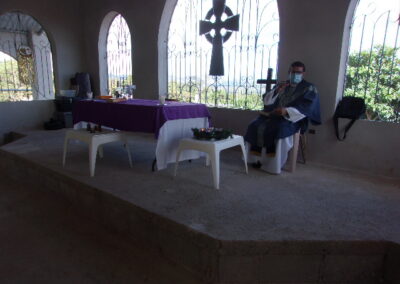 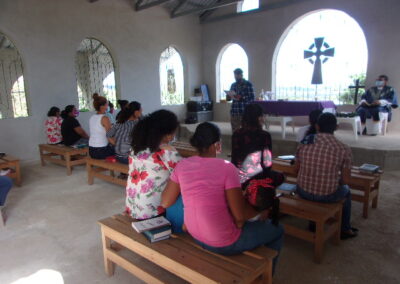 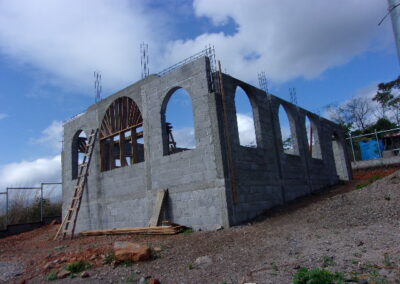 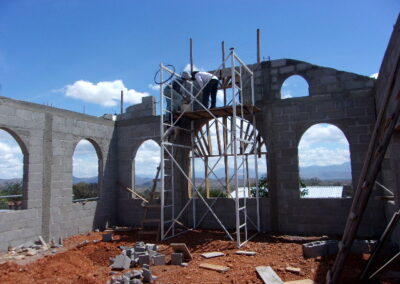 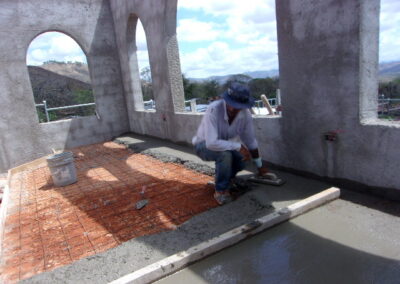 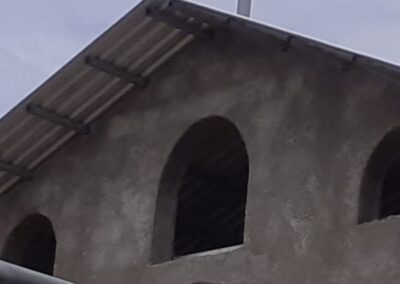 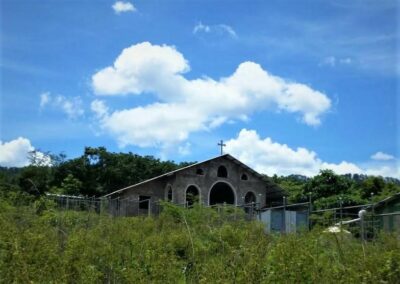 A Honduran reporter once said that San Lorenzo was a village forgotten by man and God. Yet God had not forgotten. He used this report to inspire a Honduran priest to reach out to this isolated mountain community of subsistence farmers.  Missionary Jeannie Loving went along and began to serve the people in the name of Christ in 2008.  A church formed. Jeannie began to dream that this spiritual community would have its own building.

God opened the door for other projects first. Jeannie coordinated construction of a playground and a community center made of ram-packed earth. Several groups began to use this center, including a kindergarten and the new church. Eventually, Jeannie fixed up a simple house so she could be rooted in the lives of the people.

Hunger arising from crop failure is a regular occurrence in San Lorenzo. The villagers raise crops for their families’ daily food, usually without surplus to sell. Jeannie was eager to help them farm successfully. She applied her experience as an organic gardener to train farmers. Jeannie started a demonstration farm where she shows how to develop rich soil through composting. People receive seeds and seedlings.

Jeannie saw the community’s hunger for God, too. She organized Bible studies with the help of fellow Christians gifted in teaching. People have attended those studies enthusiastically. Jeannie says that “their greatest spiritual need is one we all have: to forgive. It is by forgiving that you are forgiven. We need a lot of forgiveness.”

When the Diocese of Honduras approved construction of the church building, Jeannie’s decade-old dream began to be realized. SAMS Missionary and Architect Jack Melvin designed the building with input from the community.  Jack shares that Edil, a member of the church and the chief contractor, “is a true craftsman, who puts love into his work.” Construction proceeded quickly in spite of a pause due to the pandemic – and with no electric tools! The priest, Father Victor, who serves three churches, preaches and leads Holy Eucharist every two weeks. Jeannie says “He is very pastoral. He sends all the vestry members daily encouragement, stories, and Bible passages.” Iglesia Santa Maria Magdalena now has its own space in which they can serve the community, thanks to generous Senders who caught the vision God planted in Jeannie’s heart.

Give To Jeannie Loving