Ron McKeon: A Life in the Path of Jonah, Job, & Mary 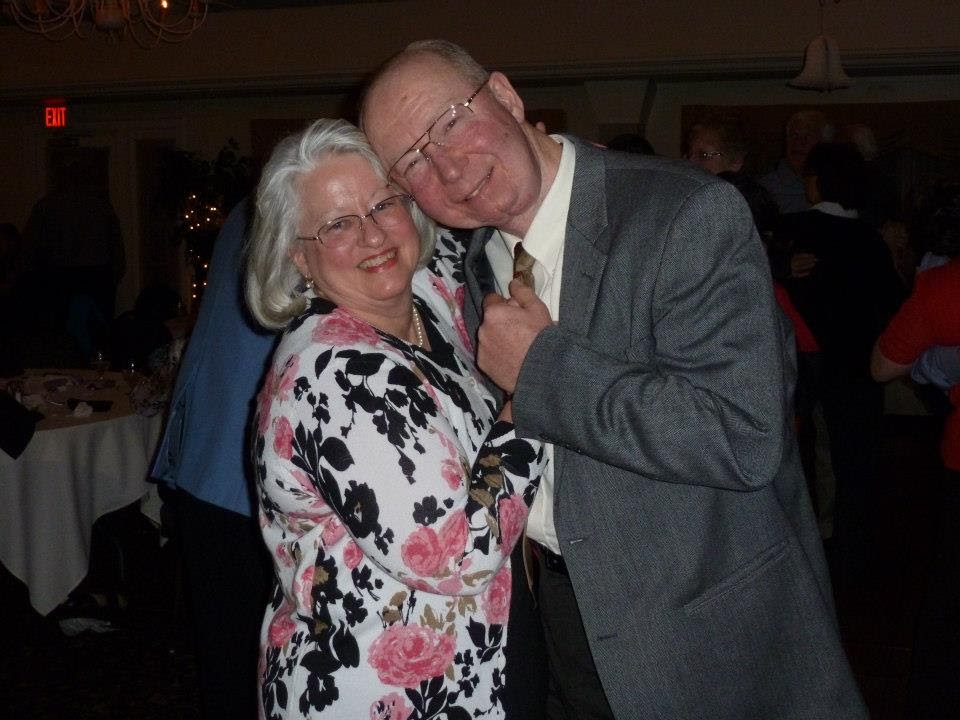 “Where there is a will, there is a way”- especially if it is the will of God. Ron McKeon, SAMS missionary with his wife Debby since 2008, was not one to accept tragic circumstances as an excuse not to follow God’s call. As we wrap up our focus on perseverance this Advent with our SAMS theme “Keep Calm and #CarryOnAdvent,” we would be amiss not to give tribute to a minister of the Gospel who persistently gave witness on Earth to the glory of his “Lord, Savior, and Friend,” until he went home to God on September 28, 2019. 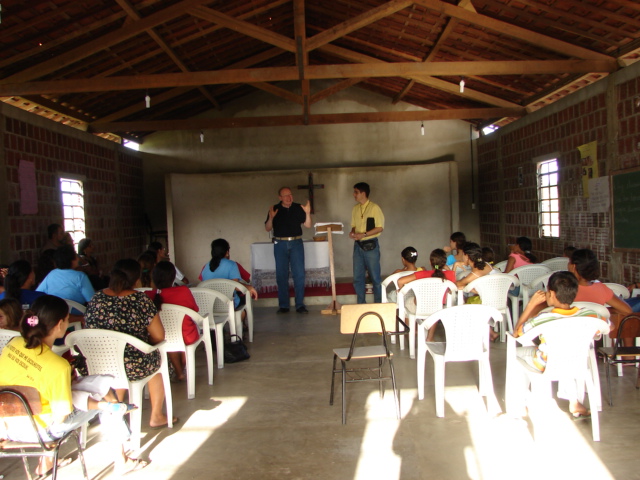 Ron speaks to Portuguese parishioners in 2006.

At the time of his passing, many of our Society were together at the New Wineskins Conference in North Carolina. During the announcements before Eucharist on Sunday morning, New Wineskins Director Jenny Noyes recapped Ron’s call to ministry powerfully while sharing the sad news of his death: “[Ron] was diagnosed with tongue cancer in 2003, and they removed his tongue and thought he couldn’t eat or talk again through the mouth. But God had called him to be a preacher, and he obeyed- not only did he learn how to eat and swallow, not only did he learn how to talk and how to be able to be heard and understood without a tongue- but He was ordained and God called him and Debby to Brazil- where he learned Portuguese.”

Filled to overflowing with God’s love by the Holy Spirit, Ron and Debby engaged in ministry in Brazil initially through short term trips, year after year. They stayed with a different church family each time so as to build genuine relationships. Ron engaged in preaching and pastoral care of clergy and laity, magnetically engaging youth with the love of God after church services. Debby trained children’s ministry teachers with Portuguese translations of the program Godly Play, empowering them to raise up other teachers. In 2015, Ron and Debby became full-time missionaries and moved to Brazil. Ron and Debby dedicated themselves to helping the Anglican churches in João Pessoa grow spiritually, numerically and missionally–especially through equipping Brazilian leaders for ministry.

Ron McKeon’s life could be described as a path in the footsteps of several biblical figures. Ron’s daughter Anna reflects on his life, and the road he travelled to ordination: “I always thought he portrayed a bit of Jonah- he would switch jobs searching for the right one yet he always knew that God was calling him to go to seminary and become a priest, but he didn’t think he was the right person for the job. God was calling him to ministry and kept sending ‘whales’ until he finally said- okay, I will go into ministry. He had some Job in him too- his brother died in the World Trade Center attacks, and then a year later his mother passed away, and then four months later he got tongue cancer. But, like Job, he was never angry, he didn’t say ‘oh, forget God.’”

Far from it! The saving grace of God, as well as a second chance to serve Him on earth, joyfully propelled Ron not only to remember God, but also to share worshipfully the love of God with the people of João Pessoa, Brazil.

This time of year, Christians are likely to hear or read the Angel Gabriel’s consolation to the Virgin Mary regarding the first Advent of our Lord Jesus. “How will this be?” she asked. “Nothing is impossible with God,” the angel said. Armed with the knowledge of the Spirit’s miraculous favor upon her and her cousin Elizabeth, Mary carried our Lord, Savior, and friend in the womb, persevering in the face of social disgrace. Her betrothed, Joseph, also placed his confidence in God, caring for Mary and the Holy Child in Bethlehem and as refugees in Egypt. Ron likely heard a similar message from God- nothing is impossible with Him. Ron’s miraculous ability to taste food, to talk and be understood in spite of new speech impediments astounded doctors and medical students. It was impossible. Well, God specializes in “the impossible.”

The relational depth of Ron and Debby’s ministry was evident in the love and care they received back from the Brazilian church community, the Anglican Diocese of João Pessoa, as Ron fought an aggressive cancer. His family shared how this church community “surrounded this ‘couple of Christ’ with love, support, and assistance with the cultural uniqueness of Brazilian daily life. And so, as Ron’s days grew short, this special form of Brazilian love and support grew to immense importance for both him and Debby.” Over Ron’s last few weeks the clergy of the diocese held an around the clock prayer vigil by his bedside.

SAMS Mission Director Stewart Wicker passed on a story from Diocesan Bishop Marcio Meira of Brazil of Ron’s perseverance in spite of devastating setbacks in the weeks before his death. “It was made clear to Ron that he would not ever speak again. So when Bishop Marcio went to visit him, he was surprised to see that Ron had a guitar since he had never seen Ron play one. Ron was able to communicate to the bishop that he had just picked it up because if he was never to preach again, he would learn the guitar to praise the Lord in order to continue his ministry there.” Ron carried on the hope of the Gospel to the very end of his life- he never took his limitations as an excuse not to give witness to the greatness of God. He continues to worship God in heaven, joyfully anticipating with us the day when Christ will make all things new.

How did Ron never give up? How did he maintain hope after losing his brother, his mother, his tongue, and finally his voice? He learned that his identity was not in the fulfillment of his plans and hopes, but as a servant “hidden with Christ in God.” While giving the missionary testimony at New Wineskins Global Mission Conference 2013 (which you can view here), Ron concluded:

“The unexpected is God’s plan for my life. Only with a life hidden with Christ in God can Debby and I put all that we possess, even our very lives at risk, to serve God alongside our brothers and sisters wherever we are sent, that all may have the opportunity to hear the Gospel of peace and confess that Jesus Christ is Lord.” 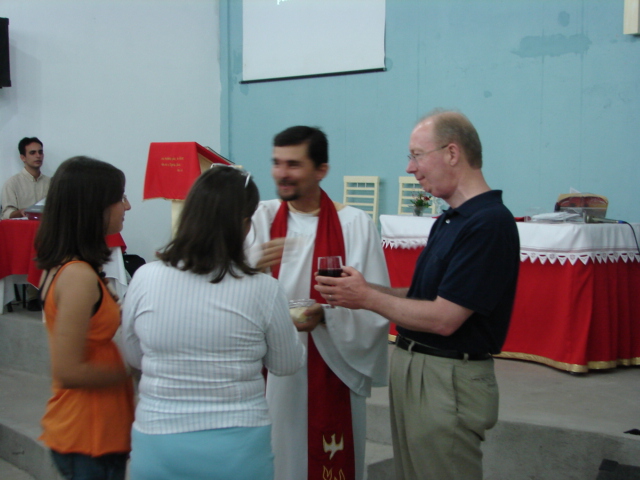