This message has a bit from both Evan and Missy. Missy’s update is first and Evan’s short update is at the bottom along with a video of kids singing that you don’t want to miss.

Hello, Missy here again.
I spent Friday, June 7th and Thursday, June 13th conducting retreats for the soon-to-be high school students of St. Andrews, St. Barnabus, and St. Hilda’s Anglican schools. Thank you to everyone who prayed for these times, for me, and for the students. I felt it was a privilege to be able to lead the retreats. They were long days but fruitful in a variety of ways. And I am prayerful and hopeful that some of the things we discussed will continue to bear fruit in the coming years.

St. Andrews is certainly the largest school (around 400 students) and there are about 40 students in the graduating class. The other two schools did a combined retreat and there were about 20 students all together. We did everything together including taking breaks and eating lunch. There is no air conditioning at the St. Andrews Community Center so the first day (which was over 100 degrees) was particularly sweltering. The few fans that were there couldn’t keep up with the weather or that many bodies. The second retreat was significantly cooler (still in the 90’s) but there was a rain storm that beat down on the roof which meant we had to take some breaks, because no one could hear above the din. Needless to say, my voice was worn out after both retreats.

We primarily focused on deepening their understanding of the things they will experience as they attend high school. While primary school is highly subsidized by the government (although it isn’t free), high schools are all private and expensive. One student even asked what to do if their family was telling them not to go to high school. The struggles many of the students have faced – from not having enough food to eat, not having shoes that fit, not having much support at home for school work, etcetera – are significant and discouraging.

So many of them have faced real and significant social issues like bullying, being encouraged to skip school and steal, lying, cheating, doing drugs and so forth, that the conversations we had during the retreats seem long overdue and yet still essential for their futures. High school means even more autonomy and the peer pressure seems to increase. Of course, the high schools also tend to be much larger than the primary schools, because there are fewer of them which means that even if they did well in primary school they are now a little fish in a big pond and many students get lost.

After the first retreat, I changed some things for the second which proved to be helpful. At both retreats they conducted skits about how to respond in a variety of situations including everything from discrimination to bullying to being offered drugs. This seemed to be a highlight for most of the students. There was a lot of laughter which bothered the teachers, because the subjects were so serious. However, I think they still got a lot of value from the skits they prepared and presented, and often the laughter was just a way to try and cope with the magnitude of what they face every day and the enormous transition they will be facing soon. Most of them don’t feel they can talk to a parent about almost anything and certainly not the things we were discussing. Most of them have social media accounts and access to the Internet but their parents voluntarily don’t monitor them or the students hide what they do from their parents. There is a significant disconnect. It’s the opposite of helicopter parenting, for sure.
During the second retreat I had the students write down any questions about high school or about mental health issues and tried to answer as many as I could throughout the day. This was an insightful practice for me and also seemed to be quite beneficial for the students. Some of their questions were quite sad, honestly. Hopefully, prayerfully, seeds were planted which will lead to growth and some more ideas of how to respond in difficult situations.

Please pray for Father David, Mary Beth, and Austin as they have returned to the States for support-raising. They will be away for several months.
Please continue to pray for us here as we transition to summer and to the Alenskis’ departure. We aren’t really sure what things are going to be like but there’s a lot going on. Evan’s workload has increased, although not as much as if he were an ordained Anglican minister.
Thank you for your support! We are grateful for you! 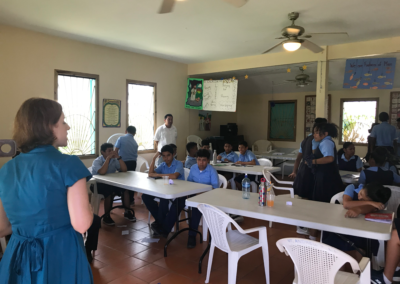 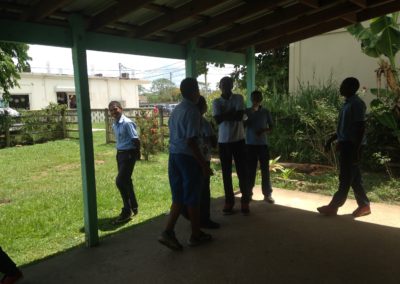 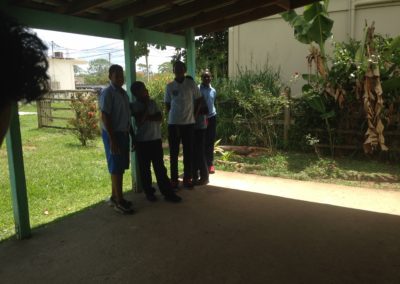 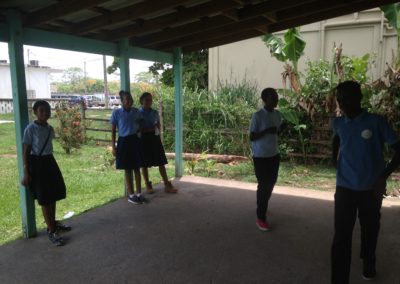 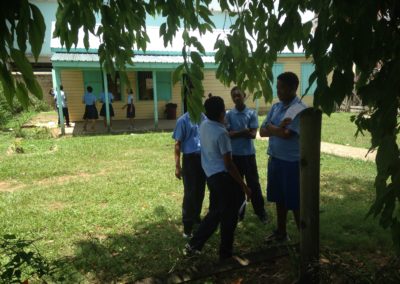 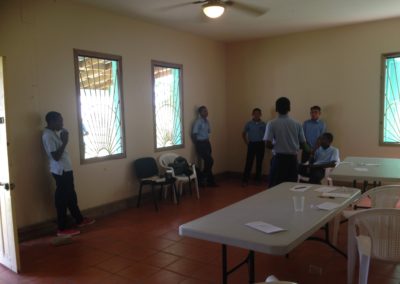 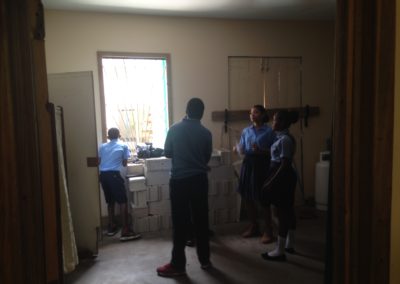 Hello all! This graduation season has been plenty full for me, but I’ll focus on the work I did with the same students Missy was working with. I was asked by two of the schools to teach the students a song and help them perform it at graduation. One of the assistant principals chose the song: “Great Things” by Phil Wickham. I hadn’t heard it, but I was pleasantly surprised. It’s a fun song to play. Below is a video of the performance from the St. Andrews kids. There were around 200 people in the audience. I think they did wonderfully! They do something like this every year, and one of the parents said she thought this was one of the best performances ever.

Part of the culture here is that the teachers are often very hard on the students. When I first began working with the kids, teachers were yelling at them even while practicing. The kids expect this sort of thing, but I could feel their enthusiasm draining and ended up requesting that the teachers allow me to handle things my way. It was clear the kids liked the song and I did my best to make it fun for them, encouraging them in the things they were doing well.  I think they responded to that approach very well. I know I had a blast. 🙂