We are engaged in a great work… 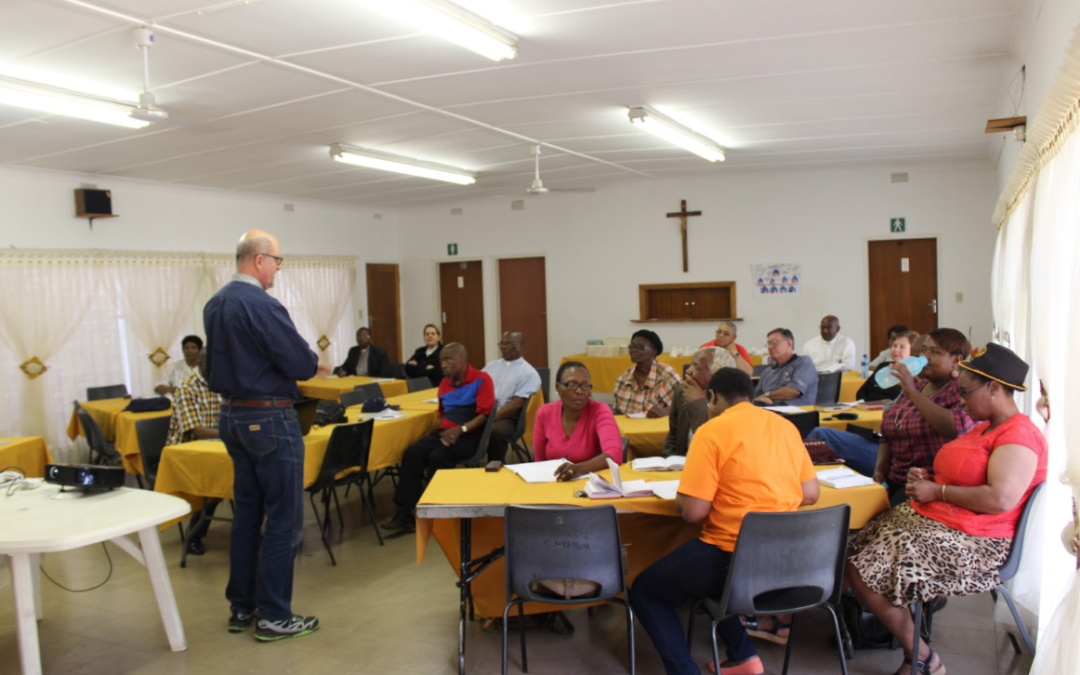 “I am engaged in a great work, so I can’t come. Why should I stop working to come and meet with you?” These words of Nehemiah, addressed to those who were opposing the rebuilding of the walls of Jerusalem, have encouraged us more than once in our Kingdom work.

The enemy is so determined to defeat the work of God’s people that he will use any tactic possible. He will use people, often even God’s own people, to discourage us. He will use situations and stories to incite fear to make us reluctant to go somewhere or to speak to someone or to do something risky and yet important. This should not surprise as, as the enemy used the very same tactics with our Lord Jesus. We are also warned in the Scriptures that we are at war, not with people, but with powers and principalities of darkness in the heavenly places. Satan prowls around like a roaring lion, seeking those whom he may devour. So, we are not ignorant of his efforts. 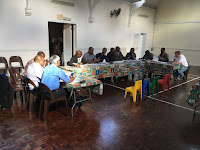 We find our courage and determination to press on by focussing on Jesus who who was made a little lower than the angels, who took on the form of a slave and came in the likeness of humanity, who was tempted in every way as we are, yet without sin, who endured shame, humiliation, betrayal, desertion, and crucifixion…all for the joy that was set before Him…the joy of knowing that His labour was not in vain. That through His sacrificial suffering and death, many would be reconciled to God the Father through faith in Him. 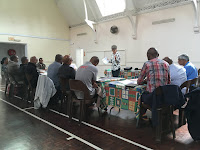 This past week, Louise and I trained a number of potential disciple makers in the Diocese of Natal. The first two days was focussed on the first of the four modules in the LEAD Program training, Strategy. The attendees were mostly clergy and lay leaders. We were so encouraged to hear this group say that, while they have heard about discipleship for years and have even attended various courses on the subject, this was the first time they felt we had given them the tool they needed to do the work!

They were so excited about the material that they decided they want to translate it into their own language, Zulu, so that they can teach many more people how to make disciples! We will be sending them the Xhosa and English versions this week so that they can strike while the iron is still hot! 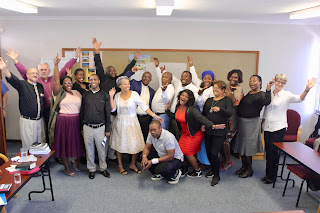 The second group was mostly made up of lay leaders. For this training we teamed up with Trevor and Estelle, our team members from Growing the Church, as it was the first time we would be teaching this material. We had heard quite a bit about Rooted in Jesus and it is used in many African countries, but we have never been trained to teach it. Estelle worked out a three day program and gave us a few sections to teach and to lead. The training is divided up into teaching sessions, workshops, and practical sessions and everyone participates. It was a lot of fun and the group really enjoyed it. At the end, each participant had an opportunity to say how the course had touched them personally and what they were going to do about it! Watch out Natal!

Once again we were reminded that we are engaged in a great work…that in spite of the many distractions, disappointments, and discouragements that the enemy hurls at us ever so often, we must be determined to press on…because we really do live for Christ and for Christ alone. Jesus faced what He faced because of the joy that was set before Him…the joy of knowing that many would come to the Father because of His labour. By His grace and His aid, we can do the same.

We are engaged in a a great work…we cannot come down.