From the outside in

I just started reading a book called, A More Christlike God by Bradley Jersak.  After chapter 1, so far so good.  It is very thought provoking.  A thought that this chapter provoked in my mind is how do we as Christians appear to those who aren’t?  Do our words, actions, and FaceBook posts advance the Gospel or do they turn people away?

Consider this excerpt that includes a quote from Bill Maher, a famous, cynical atheist (emphasis mine):

Jesus is seldom the issue, even for a rabid, self-avowed ‘non-Christian’ such as satirist Bill Maher. His primary attacks are not against Jesus at all, but against Christians whose religion does violence in the name of the Prince of Peace. He castigates: If you’re a Christian that supports killing your enemy and torture, you have to come up with a new name for yourself. …‘Capping thy enemy’ is not exactly what Jesus would do. For almost two thousand years, Christians have been lawyering the Bible to try to figure out how ‘Love thy neighbor’ can mean ‘Hate thy neighbor.’ … But if you’re endorsing revenge, torture or war, …you cannot say you’re a follower of the guy who explicitly said, ‘Love your enemy’ and ‘Do good to those who hate you.’ … And not to put too fine a point on it, but nonviolence was kind of Jesus’ trademark—kind of his big thing. To not follow that part of it is like joining Greenpeace and hating whales. There’s interpreting, and then there’s just ignoring. It’s just ignoring if you’re for torture… You’re supposed to look at that figure of Christ on the Cross and think, “how could a man suffer like that and forgive?” … If you ignore every single thing Jesus commanded you to do, you’re not a Christian…you’re just auditing. You’re not Christ’s followers, you’re just fans.”

It is easy for us to blow off people like Maher, to say that he is an atheist and just looks for ways to attack Christians and our faith.  But look at it a different way, Maher and every other non-Christian make a judgment about the Risen Lord based on our behavior.   We are supposed to be His hands and feet in the world.  You know my favorite hymn is “They will know we are Christians by our love.”  What will “they” know about Christ when they see you, hear you, read your FaceBook page? Often I hear the excuse, “it was just a joke, it was meant to be funny.”  When did Jesus insult or vilify others as a joke? Not to put too fine a point on it but will they be drawn to Christ or will they run away?  Will they see Christ as a loving, welcoming, forgiving God or as a mean, intolerant,spiteful God?

I have a heartfelt request for my Christian brothers and sisters.  I am particularly worried about FaceBook because the audience is so broad and often, unknown. We have all seen how things go viral, often unexpectedly by the person posting the message.

So, please, before you hit send, especially during the upcoming election season, ask yourself, “Would I post this if Jesus were my FB friend?”  “Would this post be on Jesus’ wall?”  “Does this post live up to “Love your enemy…” (including those who don’t agree with your position) and “do good to those who hate you.” (Luke 6:27)  “Will this post bring people  to Jesus or drive them away?” 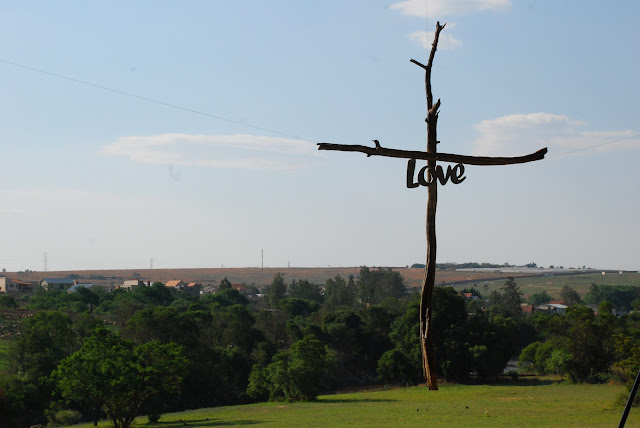 We have had a bit of rain over the weekend, with more expected on the way. Read more in Mudge’s October Newsletter. 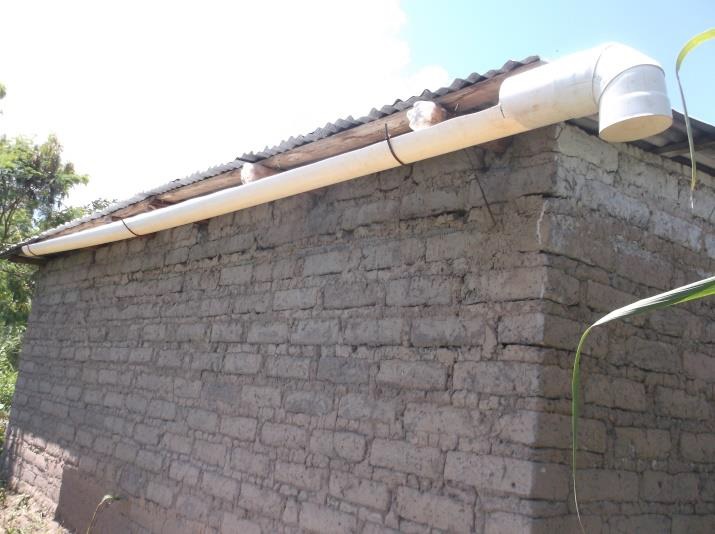 Hello everyone! It’s been a crazy, crazy week, but I’ll try to put it into words and tell you a bit about it all.

Last week started out with the drama of immigration: handing it documents in regards to my permanent residency visa. I ask that you please continue to pray earnestly with me that this visa would be granted before the end of the year! Meanwhile back at the schools, it was a low-key week, providing wonderful moments like that of children at St. Barnabas’ School singing random songs like this one:

Much of the later part of the week was taken up hosting a delegation from the Diocese of St. Albans: Archdeacon Trevor Jones and his wife Sue. Not only were they able to visit our Hispanic missions (Thursday)and attend church at St. Andrew’s and St. Hilda’s (Sunday), but they also paid visits to our three schools. In fact, we managed to take some great pictures of them at St. Andrew’s, St. Barnabas’, and St. Hilda’s. The hope is that their visit this past weekend will enable them to be a bridge between their churches and ours, and help us build a constructive and mutually-beneficial relationship.

St. Andrew’s School was also blessed to have a visit from the Governor-General (the Queen’s representative and Belize’s head of state) Sir Colville Young. He and his wife came not only to give an enormous donation of musical instruments to the school, but he also shared a story or two with the students and other community members. To say thank you, many of the classes made colorful presentations for the Governor-General, such as this telling of some traditional Kriol proverbs from Belize:

This weekend was full of so many other activites as well. At 4:30 Saturday morning I was out in Central Farm to give the invocation for the annual Cancer Walk, and then I walked the 4 miles back to town with everyone else. And finally, this weekend was Cursillo #11 for the Anglican Diocese of Belize, and Sunday afternoon our archidiaconal delegation, together with our Deacon and Lay Minister and Treasurer and I, we all went out to the closing ceremony. Not only were we exposed to some powerful preaching and moving testimonies by the new cursillistas, but we were able to join the Garifuna drums and sing songs like “De Colores” and “Here I Am, Lord”

So, as you can imagine, it’s been a busy week! Thank you so much for your prayers, and for your support. Please continue to uphold us and our ministry up to our heavenly Father!

The Main Street UMC group from Greenwood SC are here along with 3 “scouts” from a church in Kansas (including oldie but goodie Karen DeArmey!)  At Kathy the team leader’s request, I invited a Honduran family to have dinner with us.  Iris Carolina, her daughter Carolinita, and her parents, a lovely, gracious family came with home made flan in hand.  After dinner, Iris Carolina shared her story with us.

When Carolinita was about 8 months old, Iris noticed her daughter wasn’t developing according to schedule.  She took the baby to the doctor who said she had dengue fever which must have damaged her brain.  With a mother’s finely tuned instinct, Iris did not accept this diagnosis.  She began to take the baby to doctor after doctor.  And, she began scouring the internet.  She took the baby to a neurologist here who had no idea what was wrong.  “You need to find Dr. Ken Holden.  He lives in South Carolina,” said the neurologist.  All Iris needed was Dr. Ken’s name.  Back to the internet she went and discovered that Dr. Ken brings a brigade to Tegucigalpa!  She, then shifted her investigation to Teguc, finally discovering that Dr. Ken and his brigade stay at Mision Caribe.  After weeks of calls to Mision Caribe she learned the brigade would be in Flor del Campo (at our school) on January 26.  On the appointed day, she went to Flor with her young daughter, asking everyone along the way, “Where are the gringos?”  She laughed and said, “Everyone knows where you are!  Those vans filled with gringos!”  A little boy led her to the gate of our school.  She rushed in with the piece of paper her doctor had given her with Ken’s name on it.  “I need to see Dr. Ken Holden!”  As directed, she returned the next morning to see him.  He spent 3 hours with Carolinita.  Finally he said to Iris, “You know what she has, don’t you?”  Rett Syndrome – a devastating, extremely rare genetic neurological condition, damaging most of Carolinita’s systems.  There is virtually no support here in Honduras.  Then Dr. Ken asked, “Did you know that one of the world’s best experts on Rett Syndrome is in the next room?”

Imagine that.  In God’s Littlest Lambs school in Flor del Campo, Honduras sat the one doctor in the world that Iris needed for her daughter!  How does that happen?  Friends, this is not a coincidence or luck.  This is nothing less that the miraculous, merciful hand of God.

Main Street UMC raised the money to bring Iris and Carolinita to Greenwood to be seen at the genetic center. They took them to a Rett Syndrome conference in Alabama so she could learn more and meet other families dealing with the same thing.  The team brought a year’s supply of important vitamins and medications for Carolinita.  “I no longer feel alone.  Finally, I have hope!” beamed Iris.

As her story came to a close, she looked us in the eye and said, “The Lord assures me Carolinita will be OK.  I am very grateful for how the Lord is transforming my life, my family’s lives and the lives of so many through Carolinita.  We are much closer to God now.  I  am most thankful for that. My girl will be OK.”

As many of these wonderful stories and experiences I have had in Honduras, I worried that I might become inured of God’s marvelous works.  In fact, I cannot get enough of how wonderful God is.  I am constantly surprised at the depth and breadth of His grace.  I hope you feel the same.