The Chaves Family in Siaya

Well, internet has been desperately slow, but we’ve managed to post a few things this month from beautiful Siaya: 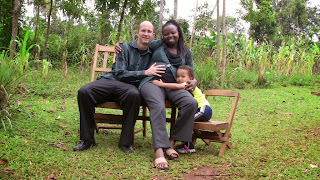 In front of a small patch of maize next to where we are staying. 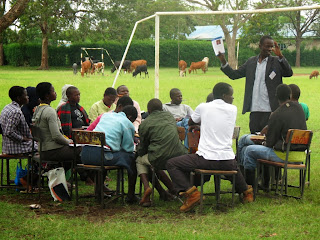 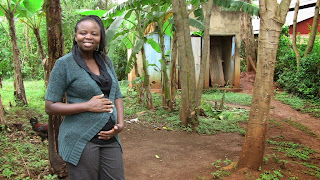 Expectant Lucy in front of banana trees and the pit latrine and shower. 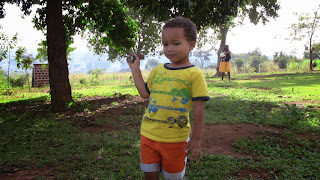 Josh at his grandfather’s home in Kaluo. 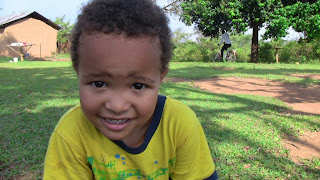 During an outreach at Rabar Market 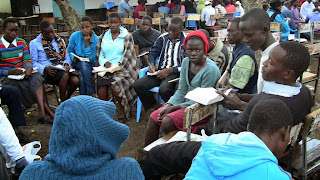 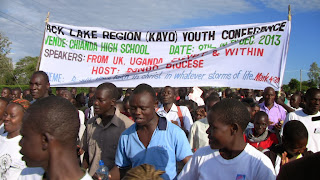 Marching along the highway to Bondo.
www.kenyaconnection.org

The Lake Region Kenya Anglican Youth Conference drew over 600 participants including many high school students and recent graduates. Held at Chianda High School near Bondo, the theme was “Be Still in the Storm”. There were workshops on Entrepreneurship, Sexuality and HIV/AIDS, Marriage and Dating, Youth in the Church, Spiritual Growth, Media and Society, Responsible Citizenship, and more. During the Conference, over 100 young people committed their lives to Christ and one young woman received a dramatic healing of a chronic disease. An international team from SOMA UK, Egypt, and Uganda, joined the local youth coordinators along with over 30 youth counsellors and bishops from four dioceses. During the Conference youth participated in football and volleyball matches, talent and movie nights, and organized an outreach in a neighbouring market, marching and singing through the streets and sharing testimonies. Many local residents gathered and responded as Bishop Wasonga shared the gospel message. For a short video, click here.
www.kenyaconnection.org

Rabar Market is a small outpost of shops, a hub for motorcycle taxis, and features furniture and dress makers, vegetable vendors, barber shops, and more. Earlier this month, I joined a team of musicians and pastors coordinating open air meetings in Rabar, as a joint effort from several area churches. Hundreds of residents and onlookers flocked to hear renowned musicians including John Okidi and Phoebe Moses. The gospel message was shared over four days by a series of evangelists, and the people of Rabar received the Word with gladness and great celebration with dozens giving their lives to Christ each day. Here are a few clips from the Rabar Mission and Regional Youth Conference set to participant and local artist, Eunice Ogoma’s song Nyasaye Marahuma:

On the evening of Thursday, 5th December, I was attending a Youth Rally in Ywaya near Nyalwanga Primary School at Mzee John Oduor Odero’s homestead. The meetings continued late into the night as many young people responded to the message of salvation. At one point, seven young adults came forward and knelt at the front of the meeting hall to receive prayer and publically confess faith in Jesus Christ. I was seated in the front row and was directly next to the youth and reached out to pray with them. As the evangelist prayed, two of the young women began to shake and then went into convulsions, their bodies twitching and rolling back and forth across the ground. Their eyeballs turned upwards in the sockets and the women were unable to speak but occasionally let forth loud shrieks. The noise and movement created quite a disturbance, but the women were allowed to roll and convulse freely as we continued to pray with the others.
Several minutes later another young woman seated directly behind me entered a trance like state and fell to the ground. She lay there shaking in one spot for about ten minutes and then became still. Next, one of the young men who had come forward for prayer also collapsed to the ground. He started rolling back and forth across the dirt floor at an incredibly rapid (physiologically impossible?) rate, knocking over the PA system and tearing his white t-shirt into pieces. His nose and mouth began to release large quantities of clear mucous and eventually a foam substance. Several leaders tried to grab hold of the young man to prevent him from disturbing the meeting, but they were unable to either hold him still or carry him away. The worship team began to sing songs of praise in Dholuo and KiSwahili as the four young people continued to convulse on the ground. Pastor Emmanuel, John Okidi and others around them prayed. We began a period of intense deliverance ministry with several of the leaders exhorting demons to depart in the name of Jesus. One by one over a period of about 30 minutes, each of the youth regained normal consciousness and were able to confess Christ and enter a period of worship. The young man climbed to his feet, wiped the mucous from his face and staggered to his seat, covered in dirt.
A short time later, the evangelist reiterated the call for repentance and salvation and asked if anyone else would come forward for prayer. With wet eyes, one teenager came and knelt quietly at the front. As the music continued, however, the girl’s countenance and demeanour changed dramatically. As the music stopped, she stared forward with a fierceness in her eyes and clenched teeth as her cheek muscles pulsed. She then began to shout and curse the evangelist in Dholuo(?). She attempted to stand up and made an effort to slap him repeatedly with the front of her right hand, but was unable to get up off of her knees. Many present began to rebuke the demon and the woman fell onto her back. Her body began contorting violently, such that her clothing came loose. Several members of the worship team including Rosemary Ogonya (?) came forward to cover the girl with blankets and tried to hold her still. However she continued to contort and kick and push people away. After about 10 minutes, a group of male and female ministers picked up the girl, having wrapped her in blankets. They then carried her to a secluded place near the gate of the compound, to avoid disturbing the meeting. The team continued to pray and engage in deliverance ministry with this girl for the next 30-45 minutes.
As worship continued, the man who had earlier been rolling on the ground asked if he could speak. He came to the front and was given the microphone. Pastor Emmanuel translated for me into English as the young man shared a story of how he had come to this place. He was with friends at a disco in Rabar when he heard the music and preaching outside and felt like he just needed to leave and follow. He walked with several friends from the disco to the Revival Meeting. His friends left upon arrival, but he stayed and heard God speak to him to turn from his sins and put his trust in Jesus Christ. He found himself kneeling in front and experiencing God’s gift of salvation. We finished the meeting around 12:30 a.m. with 10 having put their trust in Christ and 5 receiving clear deliverance from demonic bondage.
www.kenyaconnection.org

The week that we flooded

Hey Family. We have regretfully been very slow on our blog and newsletter over the past few months.

We have been under the pump since our house flooded 4 times in 1 week! Cambodia has an annual festival called Pchum Ben which is in the thick of rainy season and this year was particularly bad. It rained so hard that even when it wasn’t raining the water was coming up through the ground. We weren’t the only ones hit hard, the open sewer running through the city flooded twice and reports say over 100 cambodians lost their lives.

We are now through having major reconstruction on our house to raise the bottom floor up about 2 feet in an attempt to avoid future flooding. We thought that we would share some of our journey with everyone so you can see what it was like.

Here are some pictures of what we went through over the last couple of months. 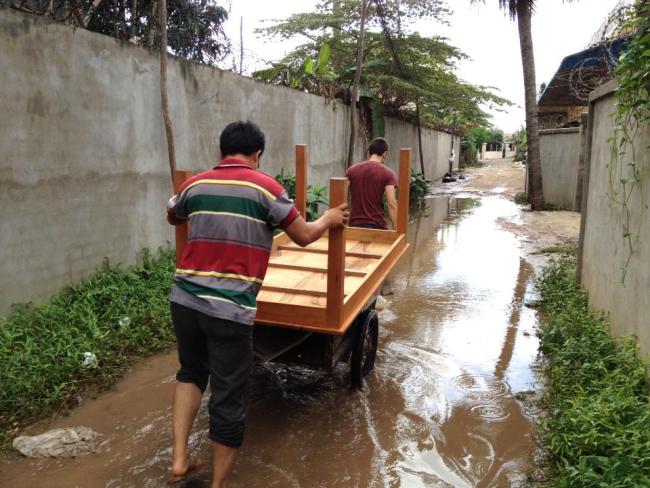 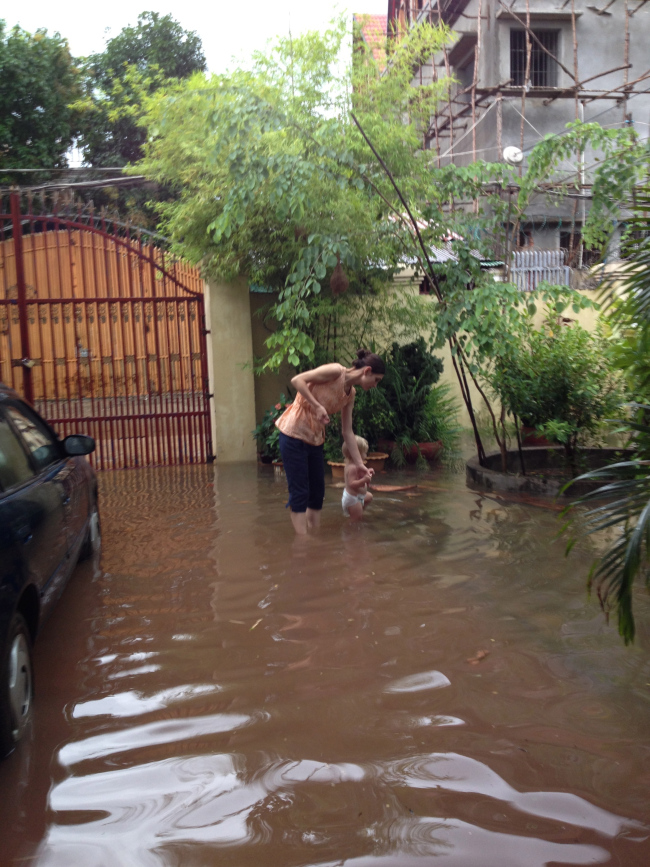 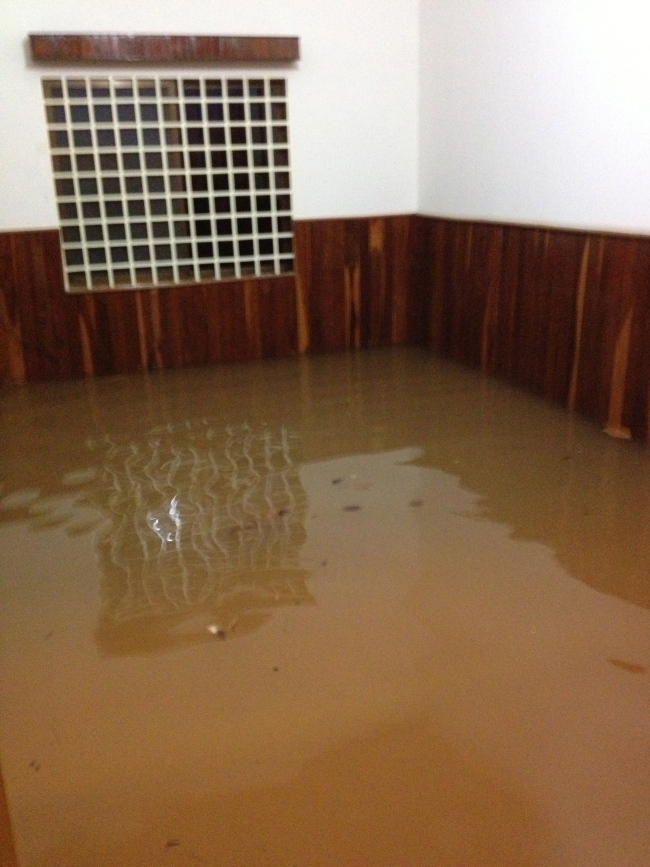 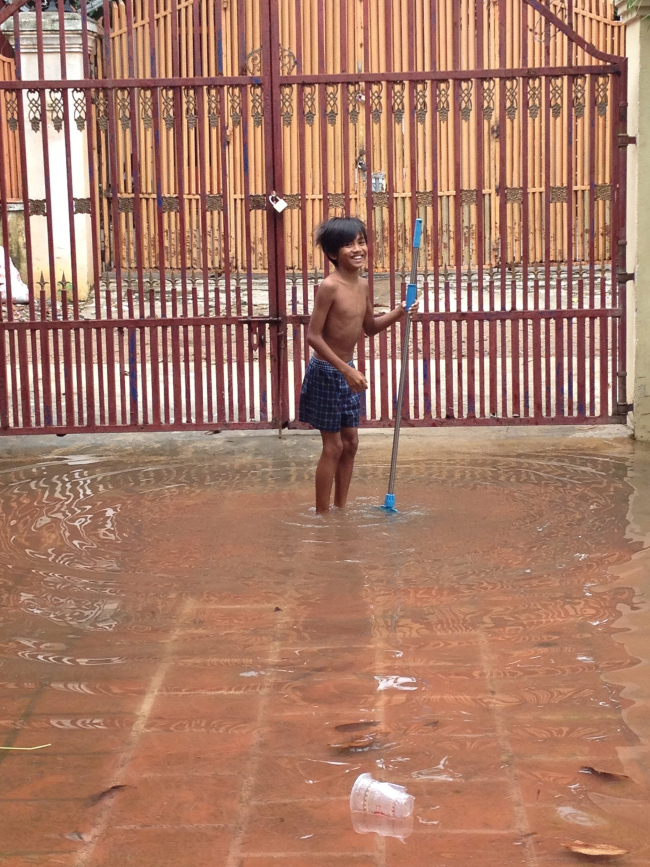 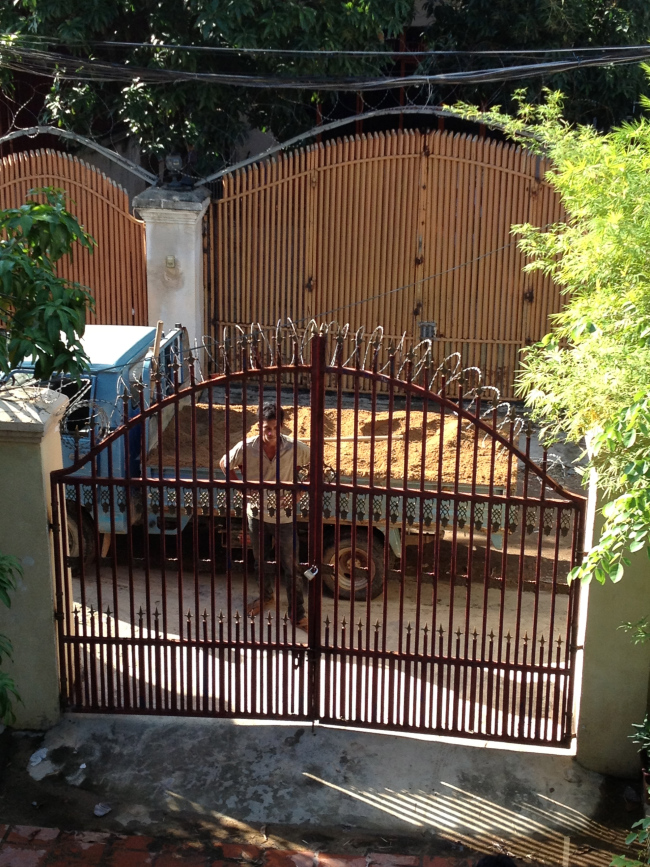 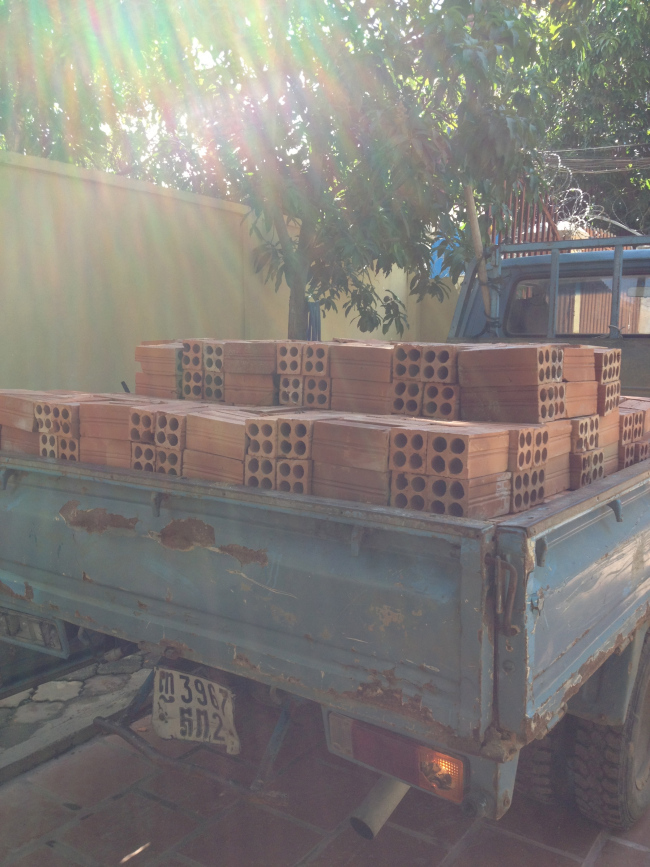 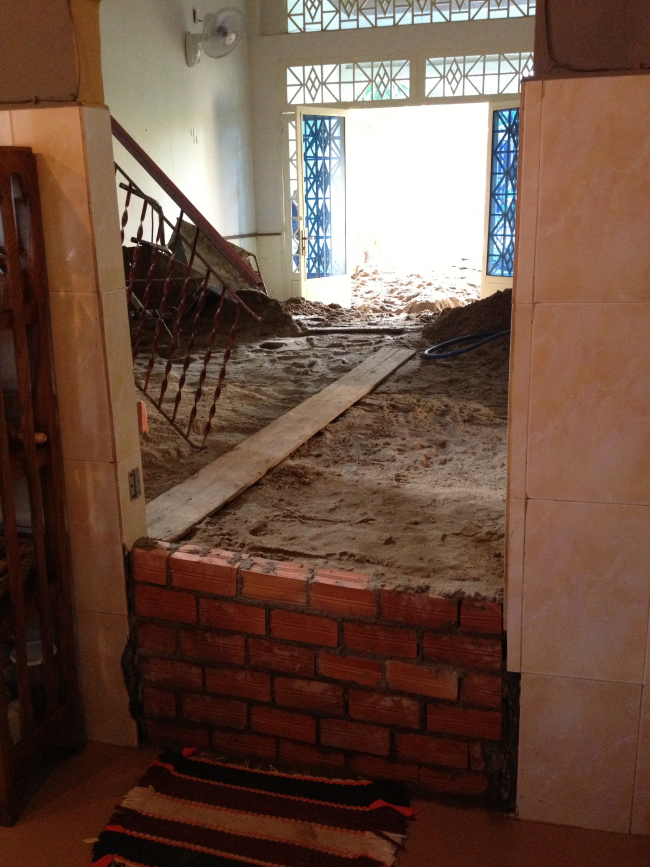 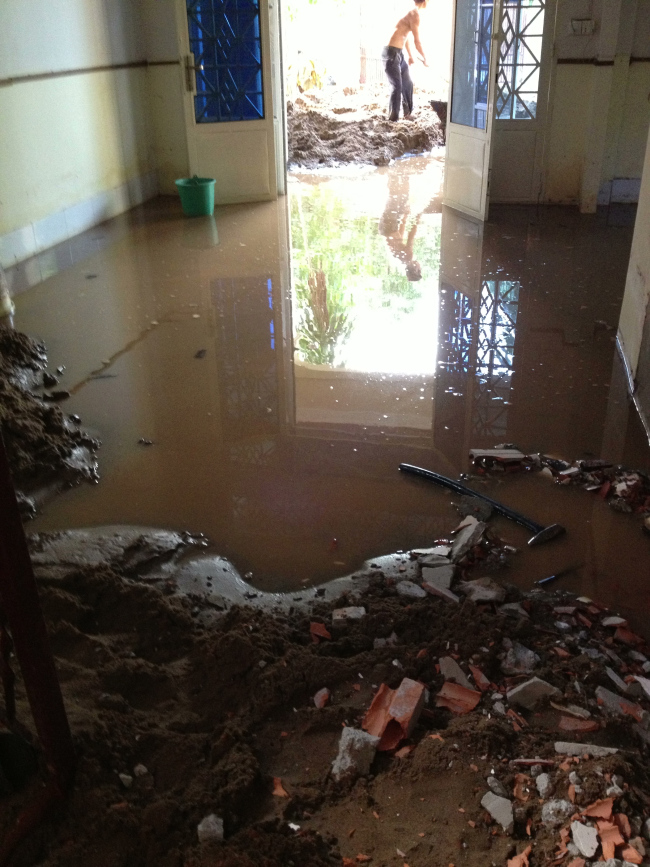 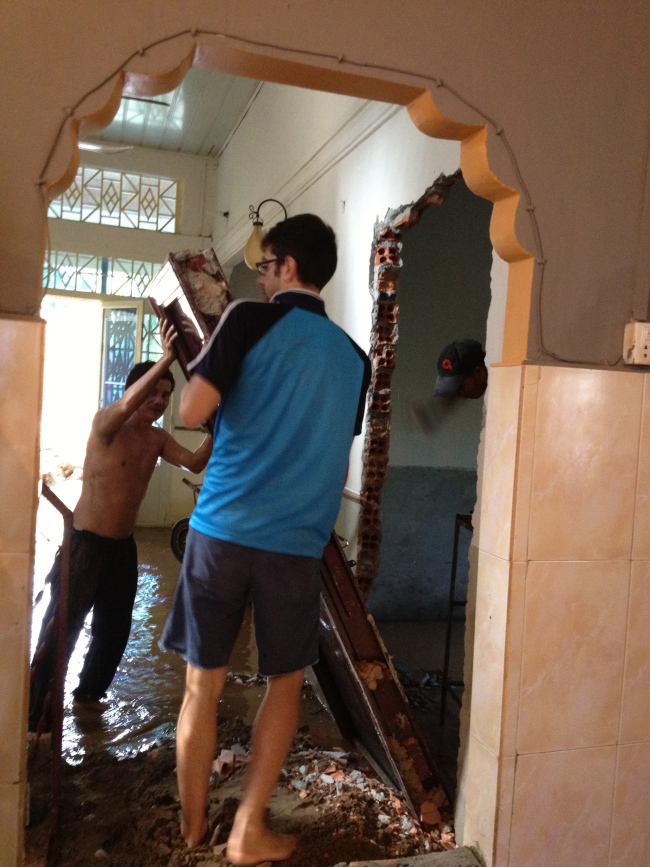 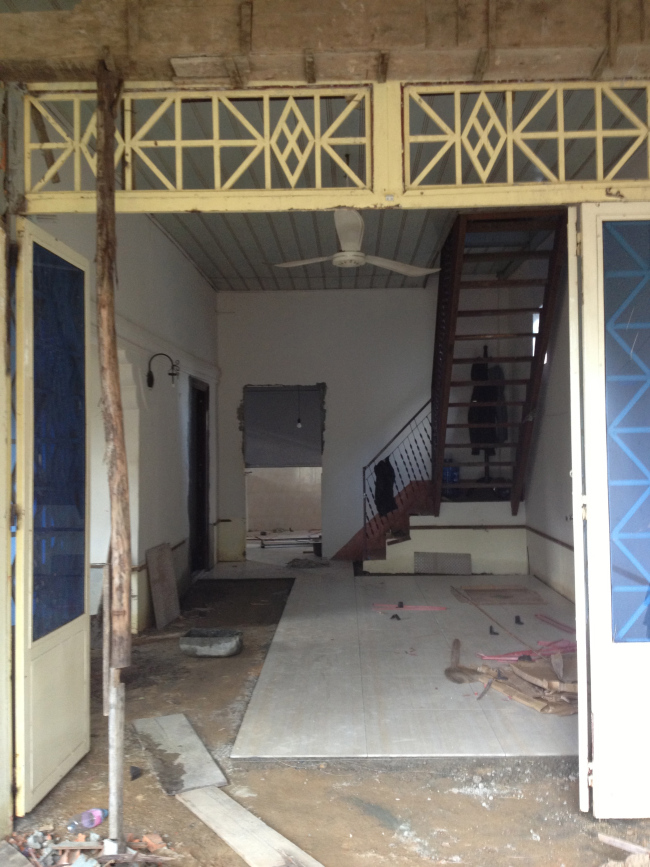 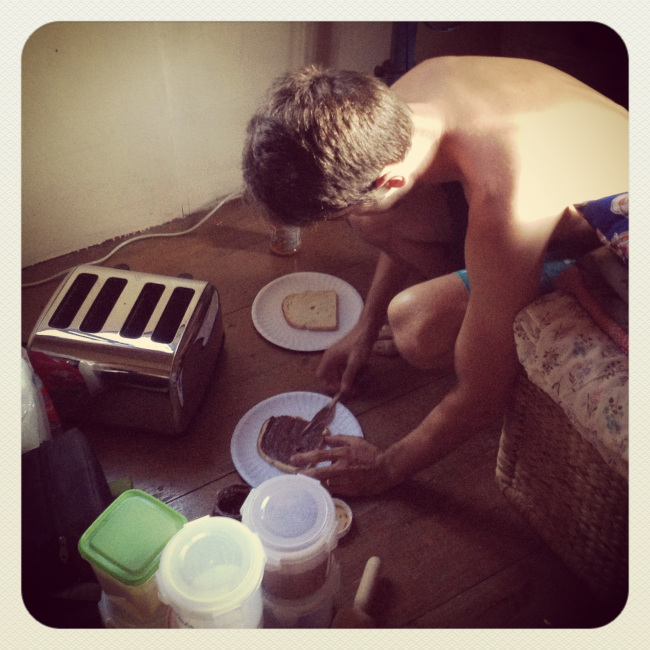 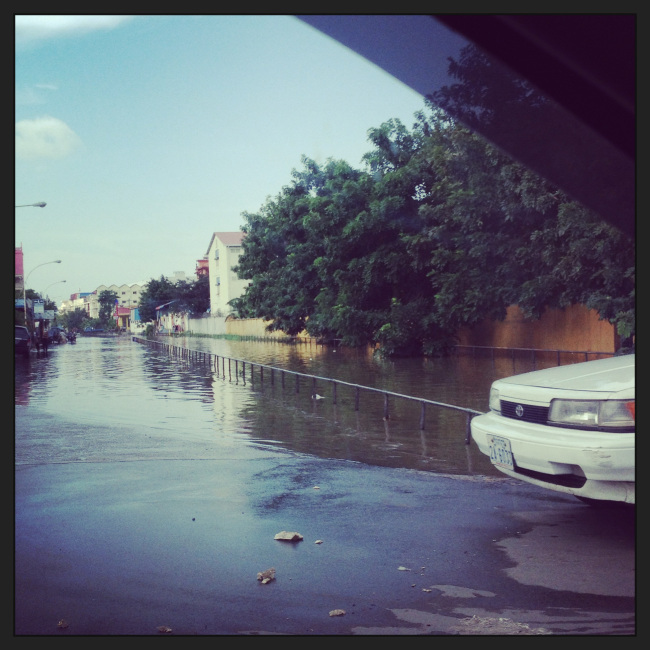 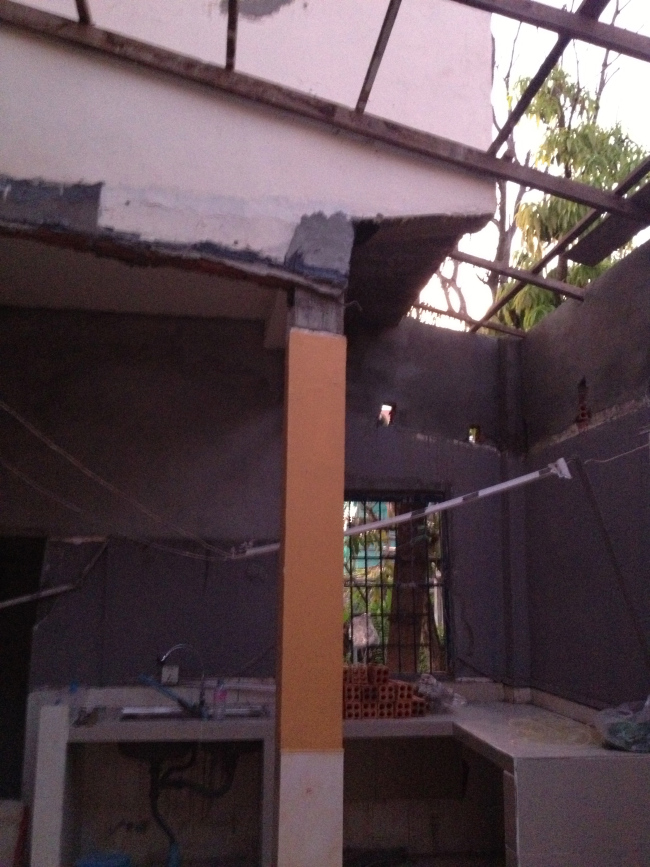