What Will Be Your Mission Legacy? 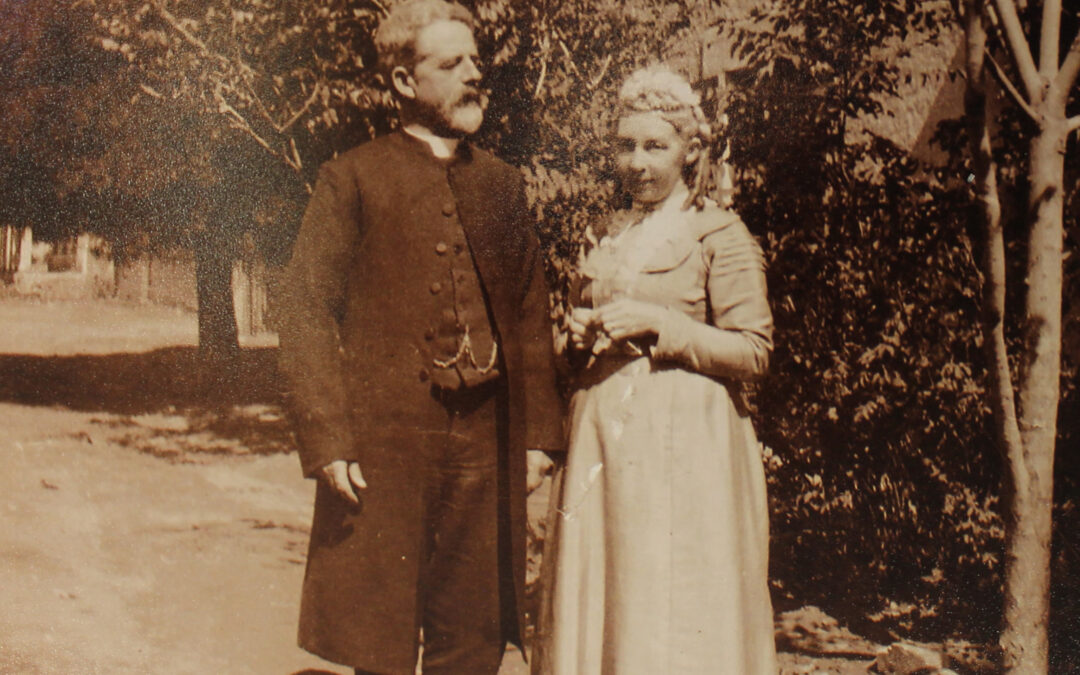 What Will be Your Mission Legacy?

One generation shall praise your works to another and declare your mighty acts.  Psalm 145:4 NIV

A legacy is something passed from one generation to the next–a heritage or birthright.

What will be your legacy and my legacy or a missionary’s legacy? How does serving in God’s global mission pass from one generation to the next?

SAMS missionary Rachel Hill grew up in a family dedicated to serving those in need. Her father (William Godfrey) was a Church of England priest. Later, he served as the missionary Bishop of Uruguay, and then Peru. He continues in his retirement to pray and encourage those serving in mission. 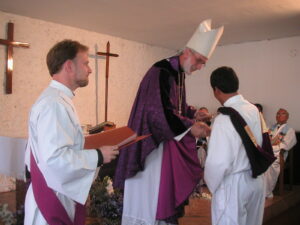 The Godfrey home was open to visitors from all around the globe. When Bishop Godfrey and his wife, Judith, were called to missionary service in Latin America, Rachel’s grandparents encouraged the family in their pursuit of serving overseas even though it meant they rarely saw their children or grandchildren. They saw their own legacy of serving Christ bear fruit in another continent.

As a young teen in Uruguay, Rachel witnessed both the challenges and joys of a growing church reaching out to both society’s elites and society’s neediest. She saw her parent’s faithfulness and their sacrifice as they served as missionaries.  The faith of one generation was built upon the faith of the one before. Three generations built this legacy for Rachel, including her great-grandfather reading his Bible in the trenches during World War I, her grandmother ministering to the deaf, and her parents serving in Latin America.

Allen, Rachel’s husband, echoed her sentiments. Serving as a missionary under Bishop Godfrey, Allen felt privileged to see the vision, faith, trust, and heart for God’s mission that the Godfrey’s embraced.

Sometimes legacy isn’t so obvious. Recently, Johann Vanderbijl, SAMS missionary serving in the Province of Southern Africa, began researching the life of his great-grandfather (pictured at the top), Arthur. Arthur and his wife left England in the second half of the 19th century to serve as missionaries in Mauritius and South Africa. They faced challenging conditions including war. They built churches and started a college. Yet, it would seem the legacy of their family was lost in subsequent generations as some were agnostic and no one entered into Christian ministry.  Except, their legacy was revived as Johann was ordained and he and his wife later became missionaries – first to Ethiopia and then to southern Africa. The legacy resurfaced like the bubbling of a refreshing spring.

These are just three stories from among SAMS missionaries of how the faith of past generations influenced lives. Sometimes a legacy is passed down to a grateful and waiting generation, and other times it lies dormant waiting to be restored.

To all of you who are SAMS family, missionaries, prayer warriors, donors and encouragers – you have a legacy. None of these stories happened without behind-the-scenes players: those who prayed, gave and encouraged. Your legacy is in the hearts turned to Christ in continents far from your home. Your legacy may be with a people you will never know. But it exists.

Their descendants will be known among the peoples.  All who SEE them will acknowledge that they are a people the LORD has blessed.  Psalm 145:4 NKJV