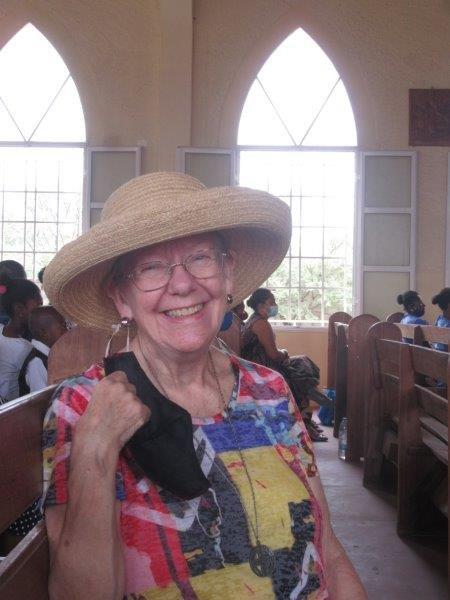 On March 7 2020,   I left Miami for Madagascar with a team from Saint Andrew’s School Boca Raton, Florida.
I was the representative from the congregation of the Chapel of Saint Andrew, which is located on the school grounds.

We were on a short-term mission trip to visit the children in the village of Manamby, too small to find on a map.  We flew into Morondava, on the west coast, from the capital, Antananarivo, and then drove to Manamby.  This visit was part of a larger plan to someday build a school for the children there.

The team was to return to Miami via South Africa and I would continue on to Toliara for a six-week visit with the Rev Patsy and Bishop Todd McGregor and the people in the Diocese of Toliara compound.

On March 17, Mme Holy (the wife of Bishop Samitiana) and I left the capital Antananarivo on the two-day overland trip to Toliara.  Little did I know at the time that my planned 6-week mission trip in Toliara would extend to 9 months and that I would return to Miami on December 15, 2020.

While in Toliara I stayed on the Diocesan Compound in the guest room in the Women’s Center.

The second day I arrived, I was asked to quarantine for two weeks because there was a concern that Neny Holy and I had been exposed to Covid-19 on the trip to Toliara.  During that time of quarantine, my only interaction with anyone was through the window to the outside. I loved this opportunity!

I have always wanted to visit a cloister and here I was. It was a wonderfully quiet time for reflection and rest.  Plus, it was so hot that for the first few weeks I mostly slept. I later learned that the average annual rainfall in the spiney desert of Toliara is 16 inches. This was not a challenge for me. I grew up in the Central Valley of California where the average annual rainfall was 13 inches. However, I later learned from Google sources that the dewpoint of Toliara ranged between muggy, oppressive and miserable. When I arrived in March, it was definitely “miserable” 24/7.

By April, it became clear that I would be in Madagascar indefinitely.  A few days after my arrival in Toliara, the Madagascar borders had been closed due to Covid-19.  International flights had been suspended and interior travel was curtailed to commercial transportation of food and life-giving items.

I soon settled into a routine.  Each day started with my morning wakeup call by the roosters crowing around 5 a.m.

Due to Covid-19 there were restrictions on the number of people who could gather in a single location.  So instead of regular corporate prayer which was the normal practice on the diocesan compound, a schedule was set up so that two households would meet for daily evening prayer.  During my visit, I joined different households in prayer depending on the rotation schedule.

About a week after my quarantine time, I was able to access internet and I started to communicate with my family and church community. The typical American question arose, “what do you do all day?” So, I would say that during my time there I developed relationships, by spending time with people.  I really came to experience the saying, “God uses us just as we are and wherever we are.”

With regard to the “doing aspects” :

Most of all during this time, I developed friendships that will last a lifetime.