Saturday morning, the day before GIC began, I was sitting in the wooden pew next to a brother from Burundi.  So nice to get to speak French, yay!  So nice to be surrounded by such beautiful people from around the globe, around Charleston, and other parts of the east coast.  We were giving introductions and being told what to expect in the coming week, going over the group and individual schedules.  As we were making our way out, I recognized the young lady at the end of my pew, but I just couldn’t remember how I knew her.  We both smiled and greeted one another, and she said, “I’ve been praying for you!”
I was thankful that her next breath was the context of where we’d met: New Wineskins!  Then I remembered very briefly meeting her there.  She is a part of the LAMB Institute down in Honduras, a wonderful ministry that I recommend learning more about.  She went on to say that I was the only person whose name she put in her phone to pray for, and she did pray during my 3-week trip to Southeast Asia.  She was excited to see me again post-trip and to hear how positive the trip was and that I am now prepping and planning to leave this summer. 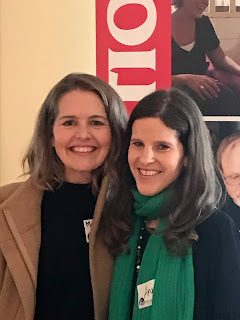 As we talked more, I learned that all of the missionaries with LAMB are SAMS missionaries.  Yay!  We decided to share a table together and then a room for our MAP talks.  It’s so amazing how God interconnects us for His work.  He has the big picture in mind.  I’m humbled and blessed that he would put me on the heart of a then-stranger (though a sister in Christ and now a new friend!) to pray for me.  I’m incredibly grateful as that trip was a critical step in my future, not just deciding if I would return, but in future decisions once I’m there.  So thankful to a God who moves His people to pray and thankful for His people who respond, including you!