Gauteng, Swaziland, and Beyond! Day Sixteen.

Wherever we go on this trip we plead the
blood of Jesus over the land and its people. So much blood has been shed
through southern Africa over the centuries, not just in battles between ethnic
groups, but in witchcraft and sorcery. Children have been sacrificed and adults
have been slain for certain body parts needed in the traditional medicines. Of
course there are some who are harmless herbalists, but there is much darkness
even today in many places throughout the country. One hears reports of young
girls and boys disappearing and never being found again. The community usually
finds a scapegoat, guilty or not, and punishes him…but the children are gone
forever. 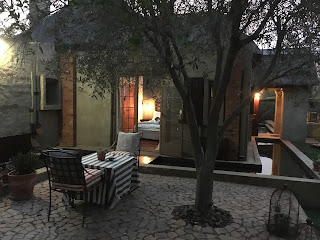 We woke up this morning in a small
paradise. Birds were calling to each other and once we opened our outside
doors, a cool breeze wafted in the sweet smells of the bushveld. We read the
Scriptures and prayed together with thankful hearts.
This tranquil picture was somewhat
disturbed by an email from SAMS-USA, our sending society. It painted a bleak
picture of how we actually took in less than we need this past month. We are at
a loss of how to raise awareness with regard to the important work the Lord has
for us to do here in the Province of Southern Africa. The material we use to
train clergy and laity in disciple making is revolutionary and has the
potential to set the whole Province ablaze for Jesus and His Kingdom. So, we continue
to pray to the Lord of the Harvest….the Lord we firmly believe sent us here…to
provide supporters to keep us on the harvest field. Please pray for and with
us. 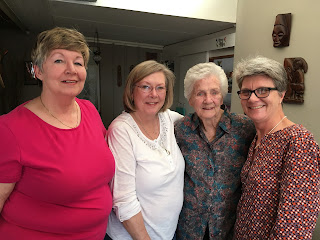 We drove to Pretoria to meet with Louise’s
aunt from her mother’s side, and her cousins whom we have not seen for 31
years! It was a wonderful reunion and we had quite a lot to talk about…but the
time was all too short as we had a meeting with our GtC coordinator that
afternoon. 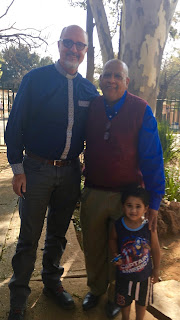 Rainard was super positive, but told us
that he will have to clear dates with his Bishop and the Synod which meets next
week. Apparently cost is a huge determining factor, but I told him that if that
is the only hiccup that we would pray and make a plan. This has been a hard
year for the Province…but that is why the disciple making training is so
important. Churches are filled with pew warmers that need to be built up,
equipped, and mobilized. But all in all it was a very positive meeting and we
are tentatively working on dates for November.
We returned to our little paradise in the
bush. The owners had made the braai area ready for us…it was a rather warm day
and the pool was sparkling and inviting. I made a fire to grill the chops and
boerewors we had bought on our way home. While we were sitting there waiting
for the coals to be ready, two bush babies came up close to peek in on us
through the trees. They are so unbelievably cute, but also very shy, so I could
not take any photographs. 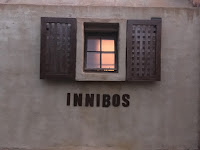 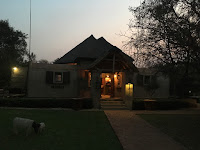 After a wonderful meal and a quick swim, we
went to bed…tomorrow will be an early start as we have a long way to drive for
a 10 AM meeting.