Gauteng, Swaziland, and Beyond! Day Eighteen. 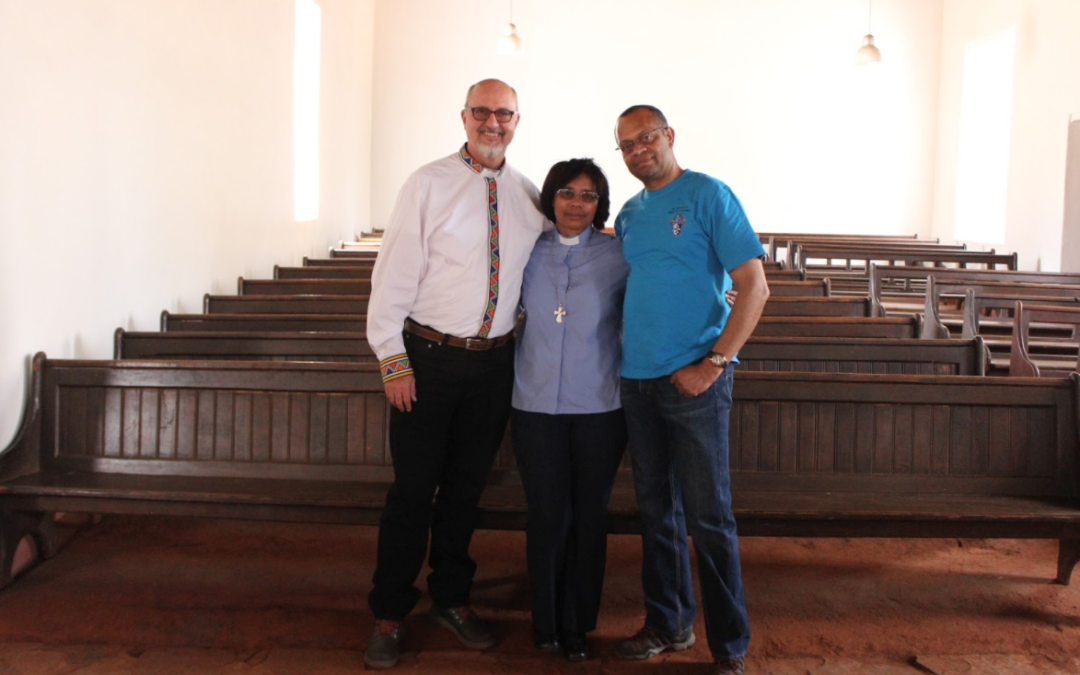 Shades of Gambela…there was a slaughter
house right outside our gate in Gambela where people would gather after sunset
and catch-up on community time until late every night…loudly. Finally the din
would subside, but by 5 AM the noise of passers-by would pick up again.
Last night, two dogs decided this was their
time for sweet fellowship, all the way until midnight. Then at 3 AM fellow
residents at the Guest House arrived after an obvious long night of looking
rather too deeply into the whiskey bottle. That was the end of our night’s
rest. By 6 we had read the Scriptures and prayed, breakfasted and showered and
were ready for the day…way too early for the church though. 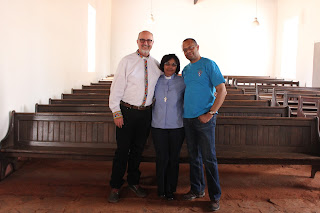 introductory talk in the
church hall before the service started. Ria has several churches under her…this
would be the first of two for today. The service was conducted completely in
Afrikaans…not what one would expect in an Anglican Church in South Africa. This
made me quite nervous as I had never given this particular talk in Afrikaans
before.

The sermon was outstanding…I haven’t heard
such powerful preaching in a long time. Ria drew parallels between the enslavement
of Israel under Egypt and the enslavement of local children who had been
abducted from the area to work as slaves on a farm in the Free State. Someone
had tipped off the authorities and the children had been freed, but there was
much that still needed to be done to help these victims of abuse. Apparently,
sex trafficking is high here. I simply cannot understand how anyone in his or
her right mind would want to harm a child, especially in this manner. To me
this is the worst sin of them all. 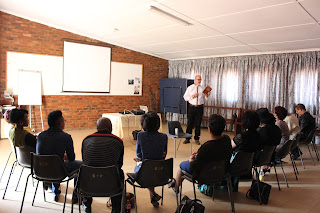 After the service, we had about 20 people
show up to hear about the Disciple Making course, LEAD. The interest is high as
many are worried about the dwindling numbers in their respective churches,
especially among the young. There are many “signs and wonder” churches springing
up every day promising quick wealth and health…for a fee, of course. What I
always say is lead people into a real, life changing, liberating relationship
with the one true God and they will not go looking for thrills and fads.

After the talk we went to visit the Moffat
Mission Station…this station was started in 1799 by the London Missionary
Society and is still going strong. Robert and Mary Moffat and David Livingstone
are the most famous names connected to this station. The church still has the
original dirt floor and some of the original pews. This is where David
Livingstone recuperated after being attacked and mauled by a lion…nursed by
Mary Moffat Junior with whom he fell in love, proposed under an almond tree,
and subsequently married in the church here. 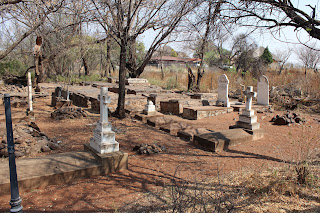 The graveyard tells many a sad tale of
infants dying of smallpox and other preventable diseases. Life was hard back
then and missionaries made real sacrifices to bring the Gospel to the
indigenous people. Moffat and Livingstone were rejected by those who still
wanted to enslave the local people, but the persevered and won the day.

From there we drove down to
Kimberley…thankfully not a long drive. The Diocese has put us up in an historic
home…hopefully we will get some rest tonight! No dogs or imbibers please!