Never a Dull moment in…

Never a Dull moment in Gambella! 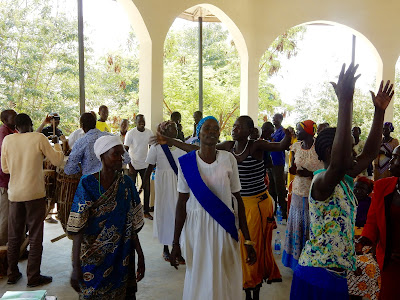 Back in Gambella
August 2017
There is never a dull moment in Gambella. I’ve been back for a week or so and here’s what happening. 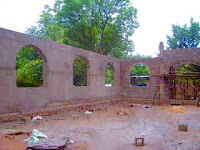 St Luke’s Church.
We are building a new church (with real bricks and cement) for our Gambella town Nuer-speaking congregation. This has been made possible with combined donations from overseas, from our congregation in Addis, and from the Nuer themselves. Construction started a few weeks ago. We have finished the foundations and the walls. The cement floor, the roof and the vestry are yet to come. We hope to dedicate the building in October.
Mothers’ Union training.

Wendy handed over the leadership of the Mothers’ Union Health programme to African leadership a few months ago. Since then our facilitators and coordinators have been hard at work, visiting and teaching. The Anuak groups decided (because it was the beginning of rainy season) to concentrate on teaching about the benefits of the Moringa tree – the leaves of which could eradicate malnutrition. They thought that since people would be planting at the beginning of rainy season, they would make sure that people planted Moringa!
The story that the Nuer groups decided to focus on at the beginning of rainy season had to do with malaria and how to prevent it (another wise choice since rainy season means lots of malaria). Rebecca, the Nuer MU coordinator, reported that the groups of trainers she talked with were incredibly grateful for the teaching. They knew that with the rainy season came a drastic increase in people getting sick and often dying from malaria. They had thought, though, that the malaria was being caused by the rain itself. They knew about mosquito nets – but they thought the nets were basically to help you sleep; to keep the annoying bugs out of your ears. Now that they know that it is mosquitos that cause malaria, there are things they can do – use the nets, use Neem leaves to keep mosquitos away, drain standing water. “They are very happy, because they are not powerless now.”
Marriage blessings.

It is rare that marriages in Gambella are celebrated in church. Usually couples are ‘married’ traditionally – after negotiations there is an exchange of bride price (usually cows) and then the marriage is considered valid. Many want their marriages blessed in church, but the expectation is that there will be a big and costly celebration, which most can’t afford. We are trying to change the culture a bit and help our people to see that vows before God should be a major and normal part of a Christian marriage. While Wendy and I were away, the Nuer clergy, whose marriages had never been blessed in church, had a blessing ceremony in Gambella town led by Simon Ker, one of our Regional Deans. The couples – and their families and congregations – were overjoyed. A similar blessing ceremony will be held for the Anuak leaders soon. These will be followed by many ‘large group weddings’ in local congregations.

A stunning loss for our Anuak volleyball team – or was it?Obang (our compound manager and amazing volleyball coach) brought a group of young men north of Gambella to the Asosa region to have a return match against a Gumuz-speaking team from the Mekane Yesus church. We beat them in an exciting match last year at the Gambella Centre. Sadly we lost the return match. But Obang came back ecstatic – because a number of the young men from Gambella were introduced to Christ for the first time. More exchanges are being planned.

St Frumentius’ Anglican Theological College.
In July two very helpful volunteers (Jo from the UK and Frances from the US) taught English to staff, students, and prospective students of the college. The result, after interviews and lots of testing, is that we have a new first year class of ten students. Most are Nuer and Anuak (our largest language groups), but we also have a new Mabaan student, our first Jieng (Dinka) student, and a Jum-jum student.
Our two full time staff are being kept busy teaching Bible, African Traditional Religion and Preaching. A third full time teacher (Moses Hoth) will join us soon. Next week I’ll teach an intensive course on Medieval and Reformation Church History – with help from Roger, our priest in Addis Ababa, and Timmy, a British/Nigerian theological student.
Miscellaneous.

On Sunday August 13 I’ll do baptisms and confirmations at St Barnabas’ Church (an Anuak-speaking congregation).

Over the next month I have multiple confirmations and new church dedications planned.

We are hoping to have more than one librarian come in the next months to catalogue books and train one of our staff. 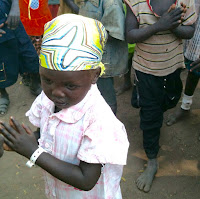