Gauteng, Swaziland, and Beyond! Day Eleven. 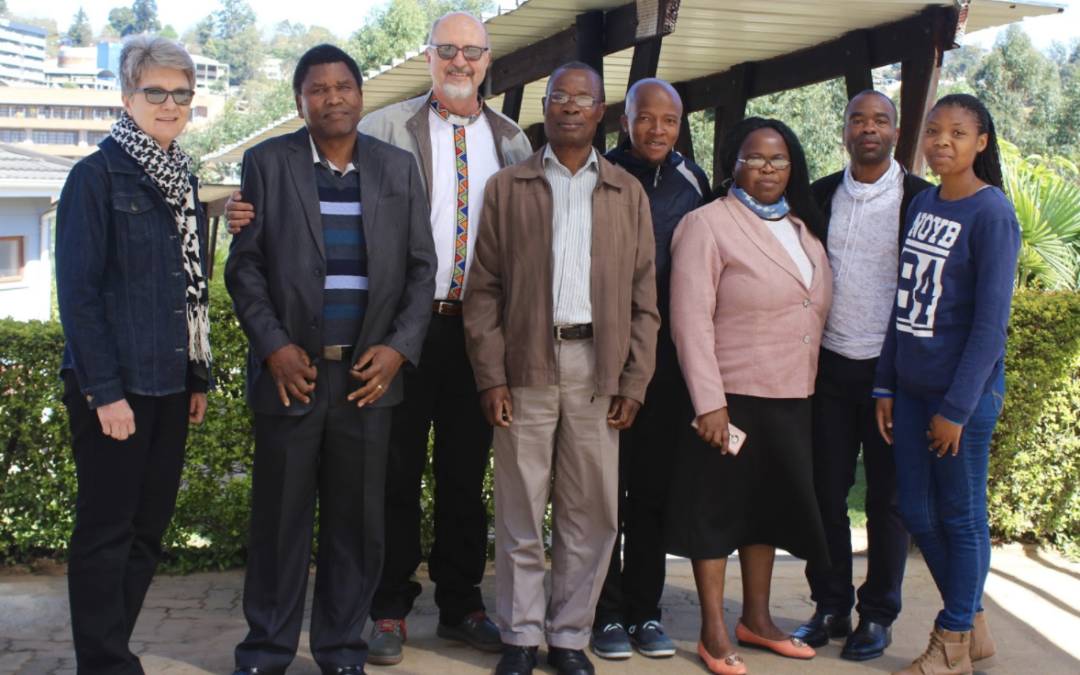 This is late as we had no Internet connection in Swaziland…but we are back in South Africa now and trying to catch up!
One never knows who you will bump into…the
world is so small. This morning at breakfast we met a man from Holland who had
come to the Thokoza Centre because the hotel he had booked into (and paid for!)
on the Internet was closed when he arrived at the locked gate. The taxi driver
did some quick thinking and brought him here as most hotels tend to booked
solid this time of year because of the culturally famous “Reed Dance”. He told
us that his ambition is to visit every country in the world before he dies…he
is young so the 35 countries left ought to be a breeze.
But more importantly for me was had he
visited the heavenly country…did he know Jesus? Of course, I approached the
subject tactfully and found out that he may be a nominal Christian. Since he
had told me what he was doing in Swaziland, I figured I might as well tell him
why we were here too…so he got the Gospel as we present it to our students. It
was also a good time to model what we teach them to do and to show them we
practice what we preach. Hopefully, we will get another opportunity to chat with
him before we leave on Tuesday.
But
there was another couple at breakfast too. I noticed that when I greeted them
in Swazi, they replied in a different language, so I asked them from where they
came. He said they came from the Kingdom of Lesotho. Turns out he is an
Anglican too and was listening very attentively to what I was saying to the
Dutch chap. He wanted to know when we were coming to them. “Whenever you invite
us”, I replied…so he promised to talk to his Bishop. Great stuff…we needed a
spokesperson and here is one who has already met us and liked what he heard. 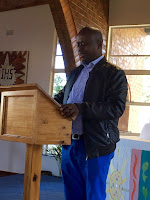 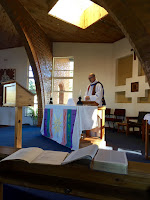 On the final Sunday, we always like to have
a Eucharist service. Thankfully I was permitted to preside over the Eucharist
by Bishop Garth Counsel of the Diocese of Cape Town, and Bishop Ellinah
Wamukoya of the Diocese of Swaziland graciously agreed. Thokozani preached from
Matthew 16: 21-28, all about the need to deny ourselves if we are to be true
disciple makers for Jesus.

The final two sessions are on equipping the
workers and multiplying disciple makers who can multiply themselves by making
more disciple makers and so on. This is the high point of the training, as I’ve
said before. While the trainees are exhausted, they are all excited and
challenged and satisfied. One said, “I felt like I had been ambushed! They
called me late the night before and told me to be here. But now I am so happy
that I came! I have learned so much.” 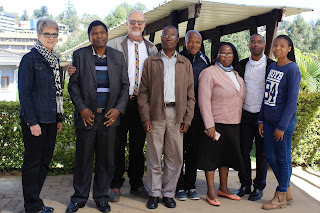 But pray for these trainees. They now have
to apply everything we have taught them and the temptation to simply go back to
the way it has always been done is great. Pray that the Lord Himself will come
alongside each one and encourage them to press onward and upward for His glory!

Louise and I drove out of the city to see a
few nearby sites after lunch. We visited a craft market, saw Execution Rock and
Mantenga Waterfall, and met a few interesting characters along the way… 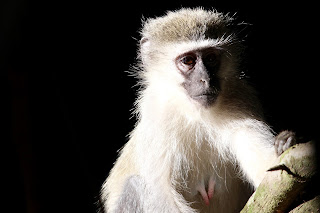