Gauteng, Swaziland, and Beyond! Day Four. 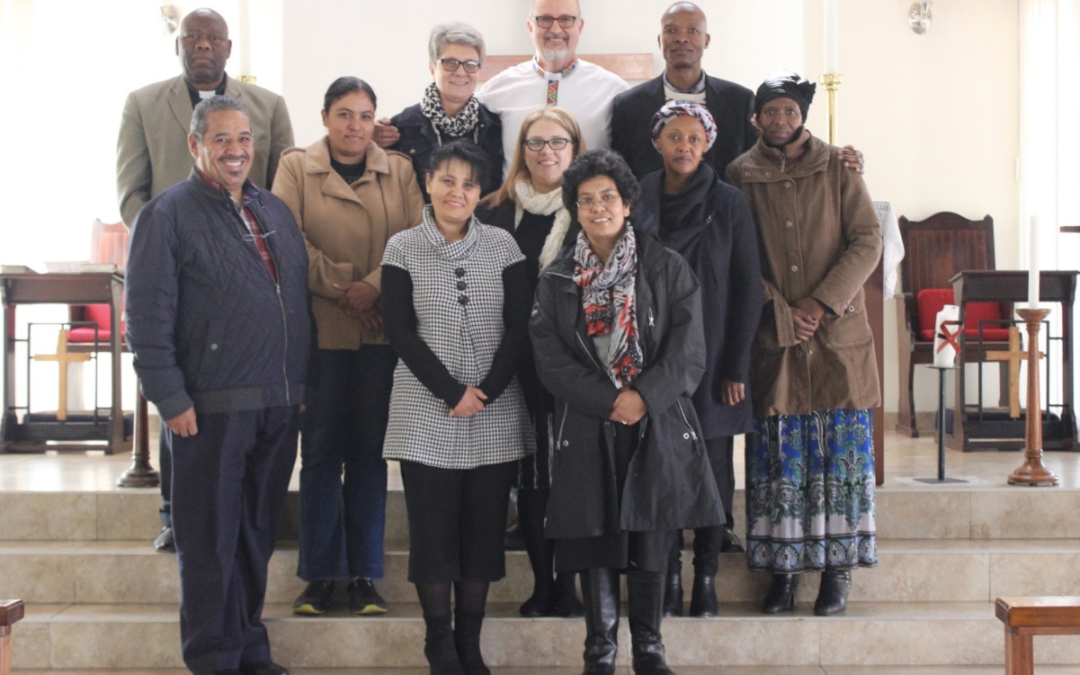 Nothing like being in a hurry to get to
church only to find that the gate to the compound is closed! Louise and I were
afraid that if we get out of the car, the anti-high-jacking device would go off
again, so I turned the car off and proceeded to open one of the gates. The
guard, obviously startled out of a deep slumber, came staggering out of the
guardhouse to lift the boom so we could be on our way. Much to his chagrin, I
now had to go through the motions of getting the car started again…what a way
to start a Sunday morning.
As I have said before, Christ the King is a
large church that could easily seat about 600 people. The problem with that
size building is that when 400 hundred show up, it looks as if the church is
empty. However, Fr Erich’s parishioners are all extra friendly and we soon felt part of the
family.
I preached on the life of Peter for a few
reasons. The most obvious was that Peter’s confession of Jesus as the Christ
was the Gospel reading. Another reason was because we teach through the life of
Peter in the LEAD training to demonstrate how Jesus made a rocking disciple-maker out of a rock of a
fisherman. In it we show how Peter, the erstwhile reluctant follower, became
Peter, the (bordering on boastful) brave…but as such he relied too much on
his own, personal rocklike abilities. He had to learn that taking his eyes off
Jesus would bring him more than just a sinking feeling…it would almost bring on
the total failure of his life as a disciple-maker.
After his humiliating denial of Jesus,
Peter returned to that which he knew best…fishing for fish…not people. Jesus
reinstated him by giving him a few visual reminders of how he first was called
to follow. The all night fishing failure, the miraculous draught of fish, the
coal fire, the three-fold question of allegiance…but it is Peter’s final
response that we want our disciple-makers to comprehend. It is no longer the
self-assured Peter that replies from the basis of his own firm footing…it is a
humbled and surrendered Peter who confesses that Jesus alone knows the
unknowable and unpredictable. This Peter is now ready at last to face the
uncertainty of a Church left without a Master because the ascended Master had
replicated Himself in Peter. Peter no longer relied on his own abilities and
expertise…on his being the one identified as the Rock…no, rather he relied on
the same three resources available to Jesus and us all: the Word, the Holy
Spirit, and prayer. By the time we get to the book of Acts we see a very
different Peter…
Obviously, the sermon was a wee bit longer
than Fr Erich had anticipated, but Group One had a refresher, Group Two had
part of their class-to-come completed, and the congregation had a small taste
of what the LEAD training is all about.
In spite of a late start, we did manage to
get through the rest of the material by lunchtime…and Fr Erich’s wife who had
once again made a delicious curry spoilt us rotten.
Folks here are asking when we will return
to teach this again…personally, I think our Gauteng Faculty are ready to
do an assisted training and then to take the plunge and fly solo. Every time we
have come up to do training in this area, we have been thoroughly blessed…we
have family here now…please keep them all in your prayers.