Trip to the Eastern Cape: Day 5

The devastation caused by the fire in the Knysna area was evident soon after we left George today. The Garden Route was black and ashen instead of luscious and green. But I am ahead of my story, so allow me to back up a bit.

This morning we met with Bishop Brain Marajh and his Archdeacons. Alright, I admit I was completely intimidated, but the dear Bishop quickly put me at ease with his constant teasing and joviality. Louise and I presented the program to the group of men and answered their questions…by the time we left, everyone was on board and eager to set a date for training. We are all anticipation… 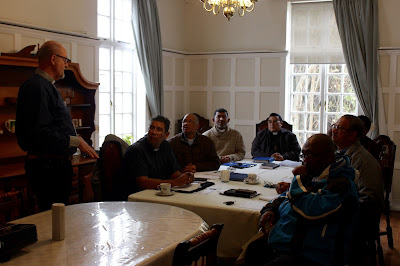 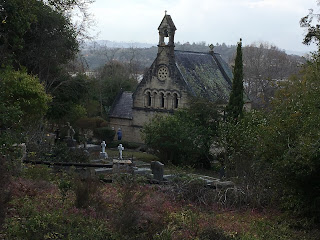 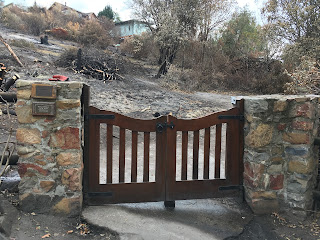 When I was a child, my parents would come down to South Africa from Namibia every year to spend their vacation in a hotel called the Van Riebeek in Gordon’s Bay. But part of this annual ritual was a trip to Holy Trinity, Belvidere, a small chapel connected to the estate of the Duthie family back in the 1850’s as well as the grave of George Rex.

I still don’t really know what the connection was back then. This time the small chapel meant a lot to us. You see, the raging forest fire that caused so much sorrow and loss throughout this area, came right up to the gate of the church but went no further. We met with the local priest, a young man by the name of Jerome, who told us how he stayed behind while his family was evacuated. No one thought the fire would come over the mountain…but it did…with a vengeance. He saw his neighbour struggling to douse the flames in her backyard and so he ran to help her, but a tree went up and flames at the side of the house and fell onto the roof. He told us how he had to physically drag her away as she watched her house burn to the ground. He knew the church could be next, but he had to get her out…”people are more important than buildings,” he said. So he fled with her to a nearby hotel.

But forest fires are treacherous, and, as the wind had turned, they were all forced to flee once again…but this time on foot…poor, wealthy, sick, and injured together across the beach sands to safety. As they sat and waited for the fires to be put out, news came that Holy Trinity was no more. But he refused to believe that.
Once they were allowed to leave, he walked back across the sands to where he had left his car. They had to remove trees and fallen telephone poles  before they could get out of the hotel parking lot. As he approached the church all he was watching for was the roof…and there it was. Not a roof tile was touched. The neighbour’s house was but a shell. His own rectory which was next door untouched. 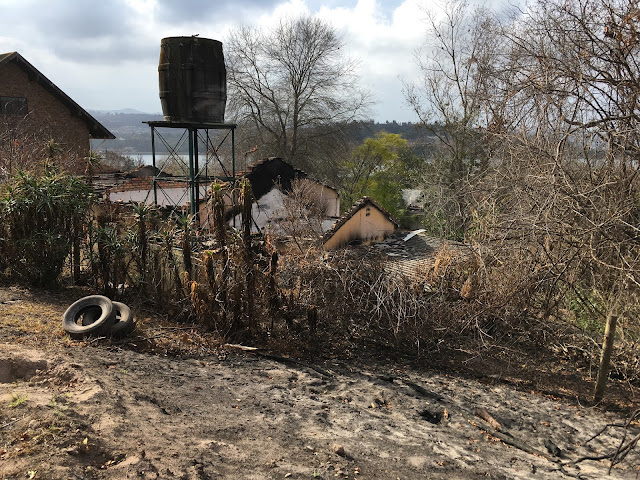 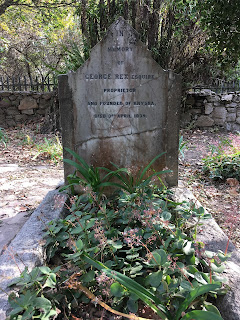 We found George Rex’s grave as well…I felt I needed to do that for my mum. It seemed to be in a better shape than when we last saw it, but still…for the founder of Knysna, the state of the grave is rather a poor reflection on the community.

We had to push on from this point as Post Elizabeth was still quite a way to drive. Once again, we have a wonderful B&B to stay in tonight. 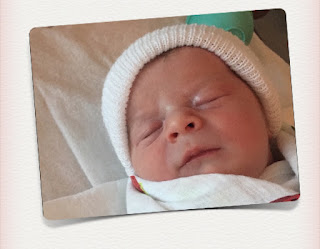 We also received great news as we drove into the city.

We are grandparents again! Hanno and Lauren have had another wee girl: Constance Advent. So we found a local restaurant to celebrate…

What a wonderful way to end a perfect day…