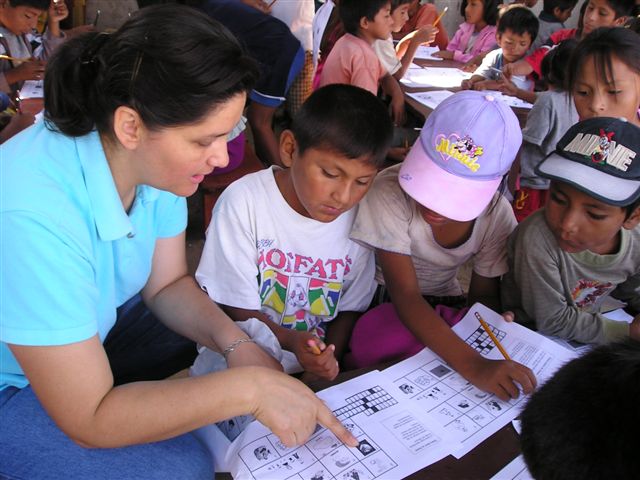 Welcome to the SAMS-USA blog! Here you will find the latest news about SAMS Missionaries, information and updates from SAMS as an organization, and happenings in the Anglican community. We are kicking off a new blog series, Meet SAMS-USA, where you will learn about us as a missionary sending community and the missionaries we send around the globe.

SAMS sees itself as a missionary sending community supporting the fulfillment of the Great Commission. Our mission is to raise up, send, and support missionaries to be witnesses and make disciples for Jesus Christ in fellowship with the global Anglican Church. SAMS seeks to fulfill this mission because we are commissioned by Jesus to do so.  SAMS exists to be a bridge of support between sending churches here in the U.S. and the Anglican Church internationally. SAMS exists to lift up Anglican Churches and missionaries as they seek to fulfill the Great Commission. 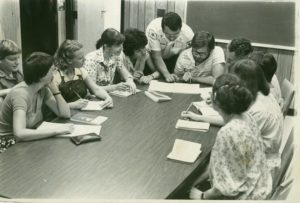 One of the earliest Crossroads Training for long-term missionaries.

In 1844, Allen Gardiner, an English naval officer, felt a call to share the Gospel with the Yagans, an indigenous people group in South America. Gardiner along with six other missionaries died of starvation in the hopes of sharing the Gospel with those who had never heard of Jesus Christ. Gardiner’s death inspired many to continue his mission, and thus the South American Missionary Society was founded. Others committed to the mission reinitiated the work in South America, and when they arrived on the shores of Argentina and began a Eucharist service, all except the ship’s cook were attacked and killed by the Yagans. Six years later, a 17-year-old named Thomas Bridges continued the mission. Bridges was able to bring the love of Christ to the Yagans, and even those who had killed his friends were moved by the forgiveness Bridges embodied. Bridges baptized many of the same people who speared his friends to death, and the Lord transformed these lives. 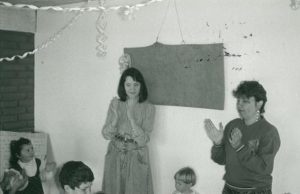 Missionary Heidi Smith (left) has been a SAMS Missionary for over 30 years.

Jumping ahead to the 20th century, SAMS-USA was founded by Great Commission Episcopalians in 1976 to address the major decline of missionaries being sent around the globe by the church. At a time when many thought missions to be unnecessary, the founders of SAMS-USA wanted to bring awareness to the importance to make disciples of all nations and revive missionary sending to South America.

SAMS-USA is now known a Society of Anglican Missionaries and Senders. SAMS Missionaries serve around the globe, bringing the Good News to those they serve.

Today, God has called SAMS to branch out globally. Reaching not only South America, SAMS spreads the Gospel to Africa, Asia, Europe, Oceana, and North America. SAMS is now known as the Society of Anglican Missionaries and Senders with over 90 Missionaries, Bridgers, and Teams of all ages.

For more information about SAMS-USA, what we do, and how we serve, visit the about page!