His Call, My Answer: My Journey in Becoming a Missionary 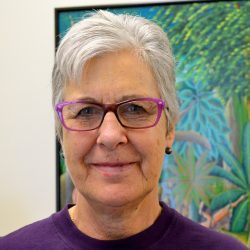 “God calls us to mission. We are chosen. How we answer the call is the important part of the equation.” –Jacky Lowe, SAMS Missionary, Madagascar

Jacky Lowe went from a short-term missionary Bridger to hearing God’s call for long-term service. She was convicted at the New Wineskins Missionary conference to follow God’s call to Madagascar.

Jacky Lowe is preparing for missionary service to Madagascar. She is thrilled to be heading back to where she once served as a short-term bridger partnering alongside the women in Toliaria. There, she taught them essential skills such a sewing and bead work that would enable them to start their own business. Through her testimonial timeline, we see how God worked over the course of years to place Jacky where she is today, and give her the right tools to serve no matter where she is called.

November 2007: At the Diocesan convention in SE Florida I heard Rev. Patsy McGregor speak about her mission work in Madagascar. I knew then I wanted to go and help.

2009-2015: I worked on three short term missions in 2009, 2010, and 2015, but I knew the Lord was calling me for full time missionary service. The people in Madagascar so want to learn about the Lord and develop skills for life, and I have a passion to serve them. In 2014 I was busy making plans to visit my family in England when Patsy phoned me and asked me to come to Madagascar summer 2015. At first I thought, “I can’t go I want to see my Dad!” But God had greater plans, so I went to England summer 2014, spent a wonderful 5 weeks with Dad, and he died January 2015.

January 2016: When Patsy asked me to work full time with the women in Toliara at the new women’s center, my first reaction was joy. Now I can do God’s work. Quickly after fear entered. “How am I going to do this?” I thought. For two weeks I talked with people and prayed to make the decision to say yes. Two weeks later fear came again, but I knew just to rest in God’s arms.

April 2016: What an amazing experience to attended SAMS & New Wineskins conference. My roommate Mary McDonald, a SAMS vet missionary, helped me to discern. “In ten years will you have regrets if you do not go?” she asked. I knew I would have regrets. We are to follow Christ no matter how hard it is. I knew God wanted me to follow him to Madagascar.

Today: As I make plans to go to Madagascar for 1-3 years to work with the women there I think, “I can do all things through God who gives me strength,” Philippians 4:16. I still have days when doubts enter, especially when people ask me, “Why don’t you just retire and spend time with your grandchildren?” or “Why do you have to go so far away?” As I said at the beginning it is a call from God.  He says, “I have called you by name, you are mine.” Isaiah 43:1. Now, most days I feel a deep peace because I have answered God’s call. Looking back this journey of preparation has equipped me with all the tools I need. I have supportive friends and family, but most importantly I have God. Let the work begin!

By Jacky Lowe, Missionary preparing for long-term service to Madagascar. Would you prayerfully consider supporting Jacky today? Pray, support, and give here.

We are to follow Christ no matter how hard it is. I knew God wanted me to follow him to Madagascar.
Jacky Lowe

Join Jacky as one of her supporters. Visit the Meet our Missionaries page today to give, support, and encourage Jacky.