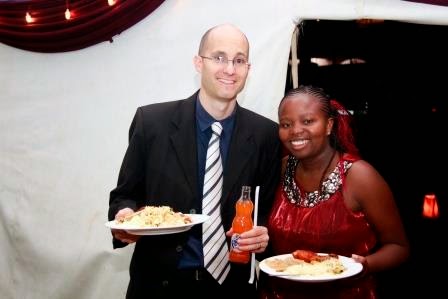 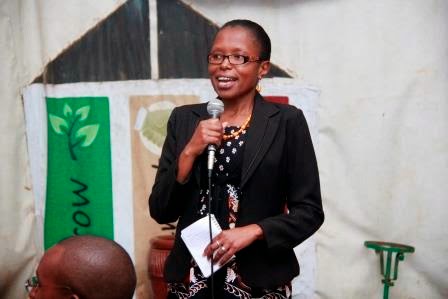 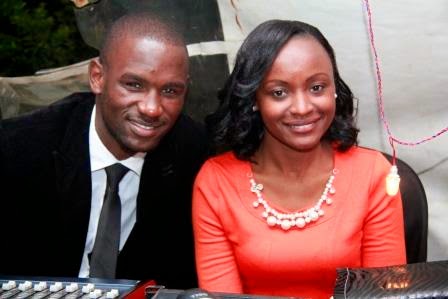 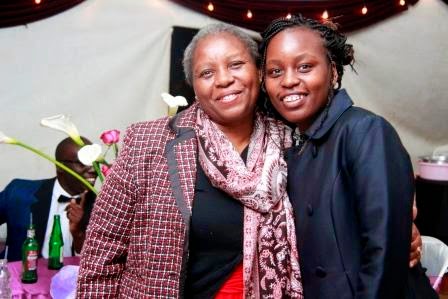 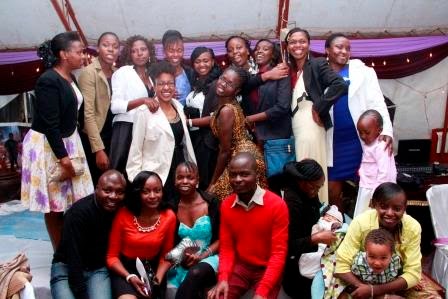 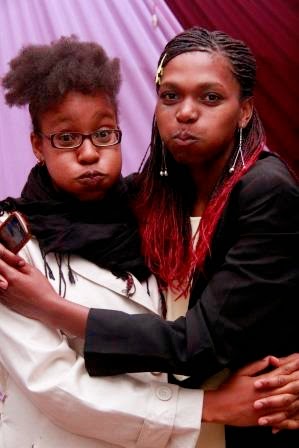 Earlier in July, Josh participated in a Sports Day at his school. A few photos: 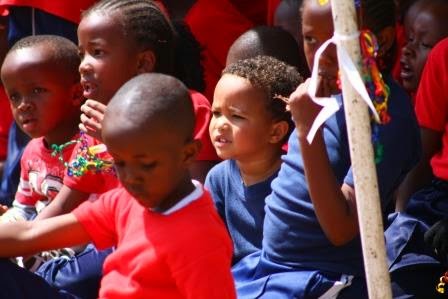 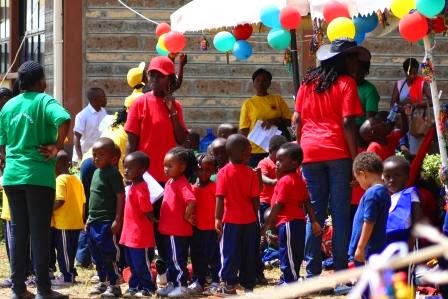 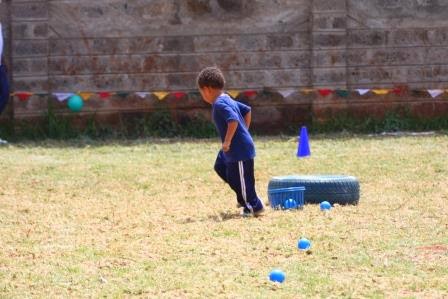 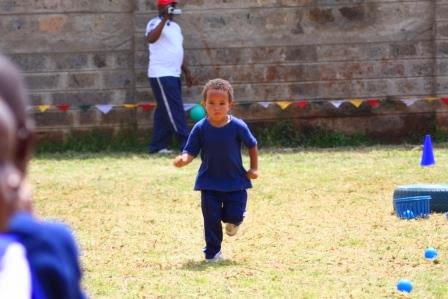 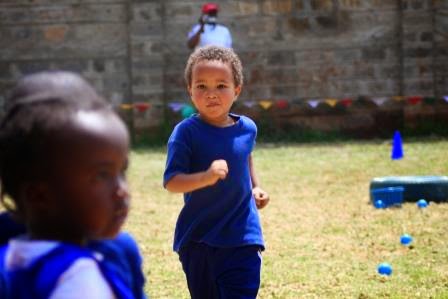 During a recent visit to Western Kenya, I accompanied a friend for an emergency pastoral visit to a local primary school. Students, teachers and parents gathered at the rural school along with the local Chief, Councilor, District Medial Officer, Police Commander and four military personnel.

All of these had come in response to school hysteria and multiple cases of “spirit possession.” Also present were religious leaders from a local cult who over a period of several days used a variety of rituals to try to “appease the evil spirits.” The spirits were apparently annoyed because a promised human sacrifice was never delivered. In a case that garnered national media attention, learning was paralyzed in the school for weeks.

Here’s an interview with one of the teachers along with a few clips I shot:

After the cult leaders were encouraged to leave, 6 girls received deliverance through prayer. 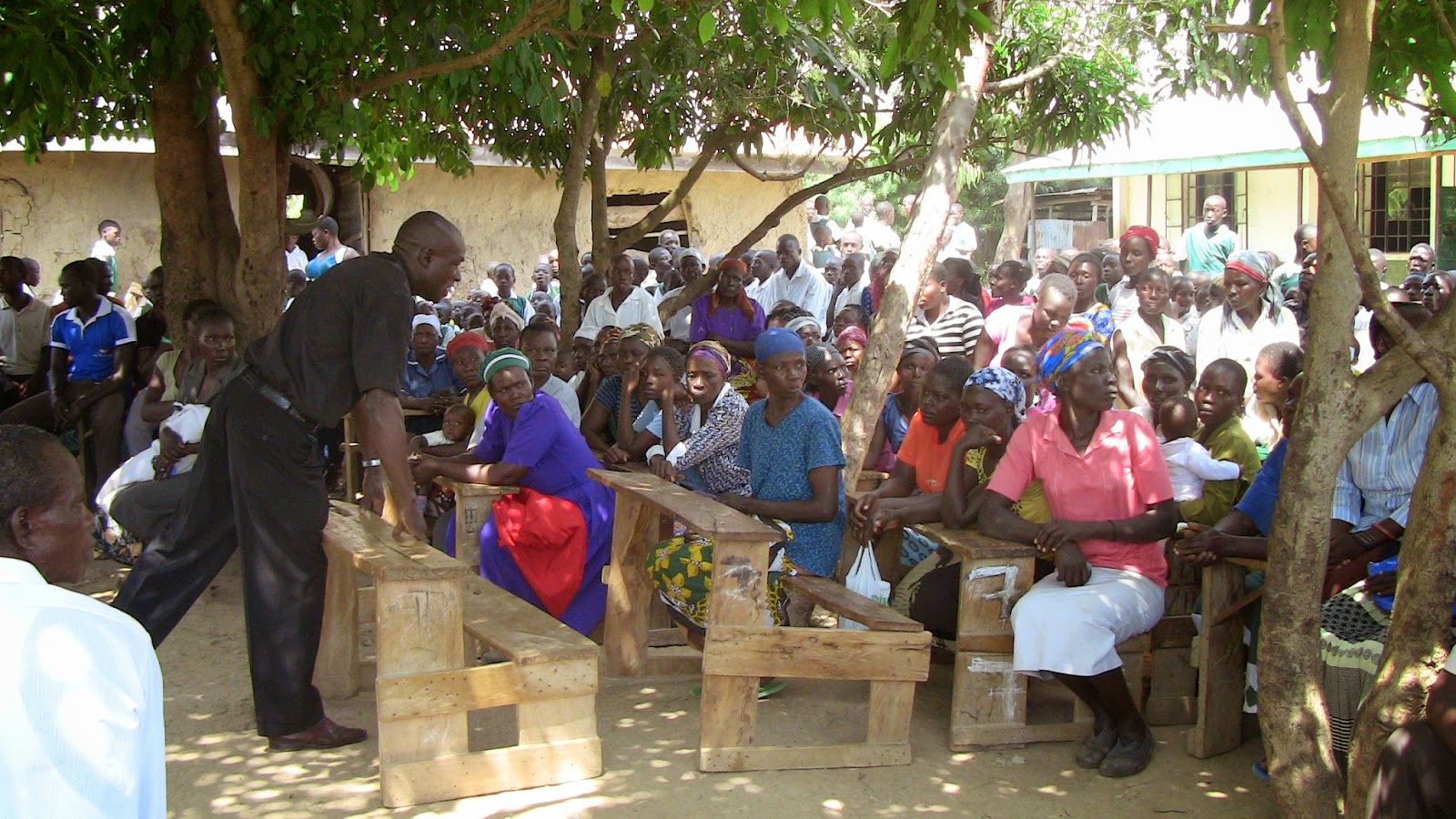 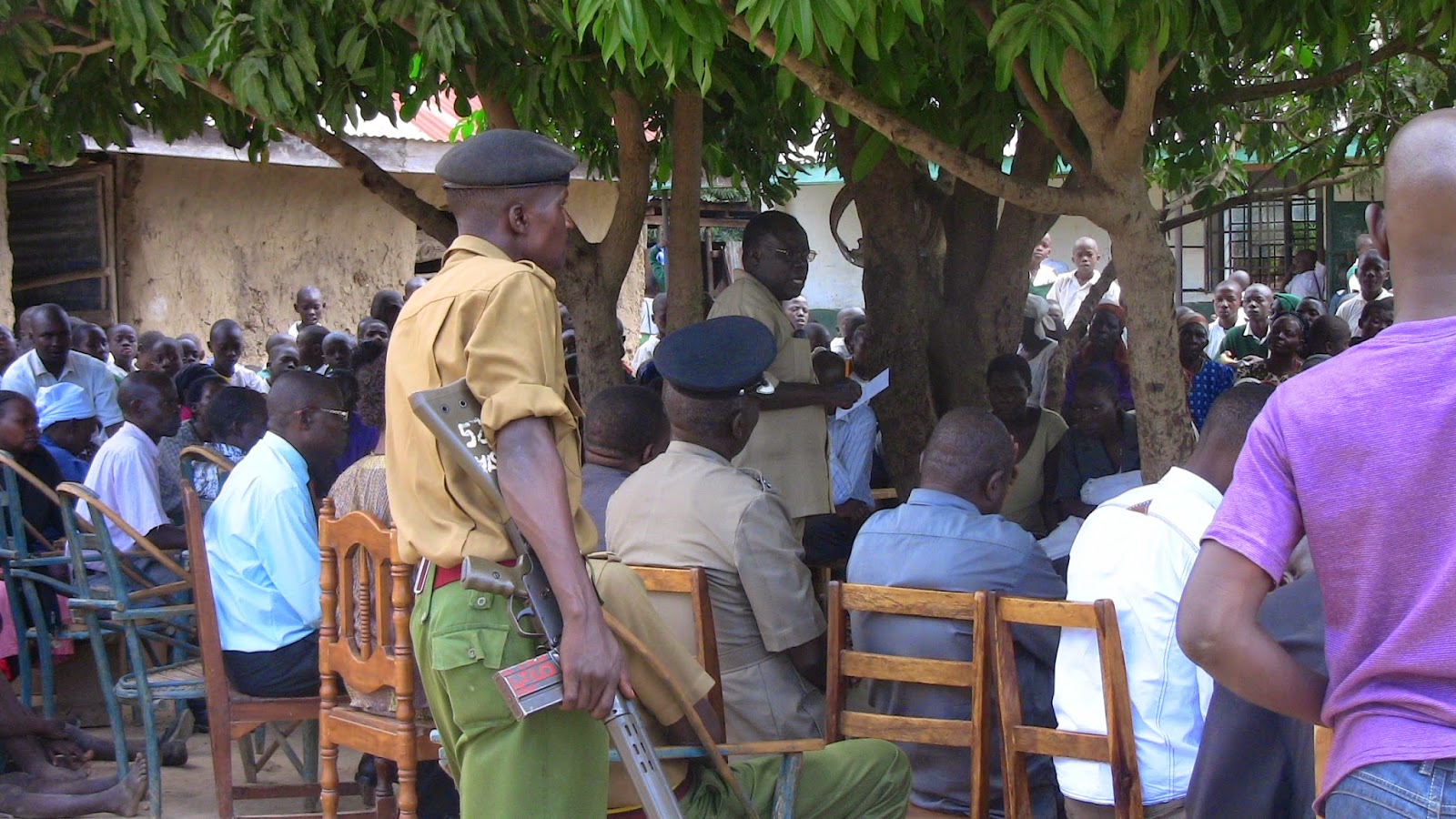 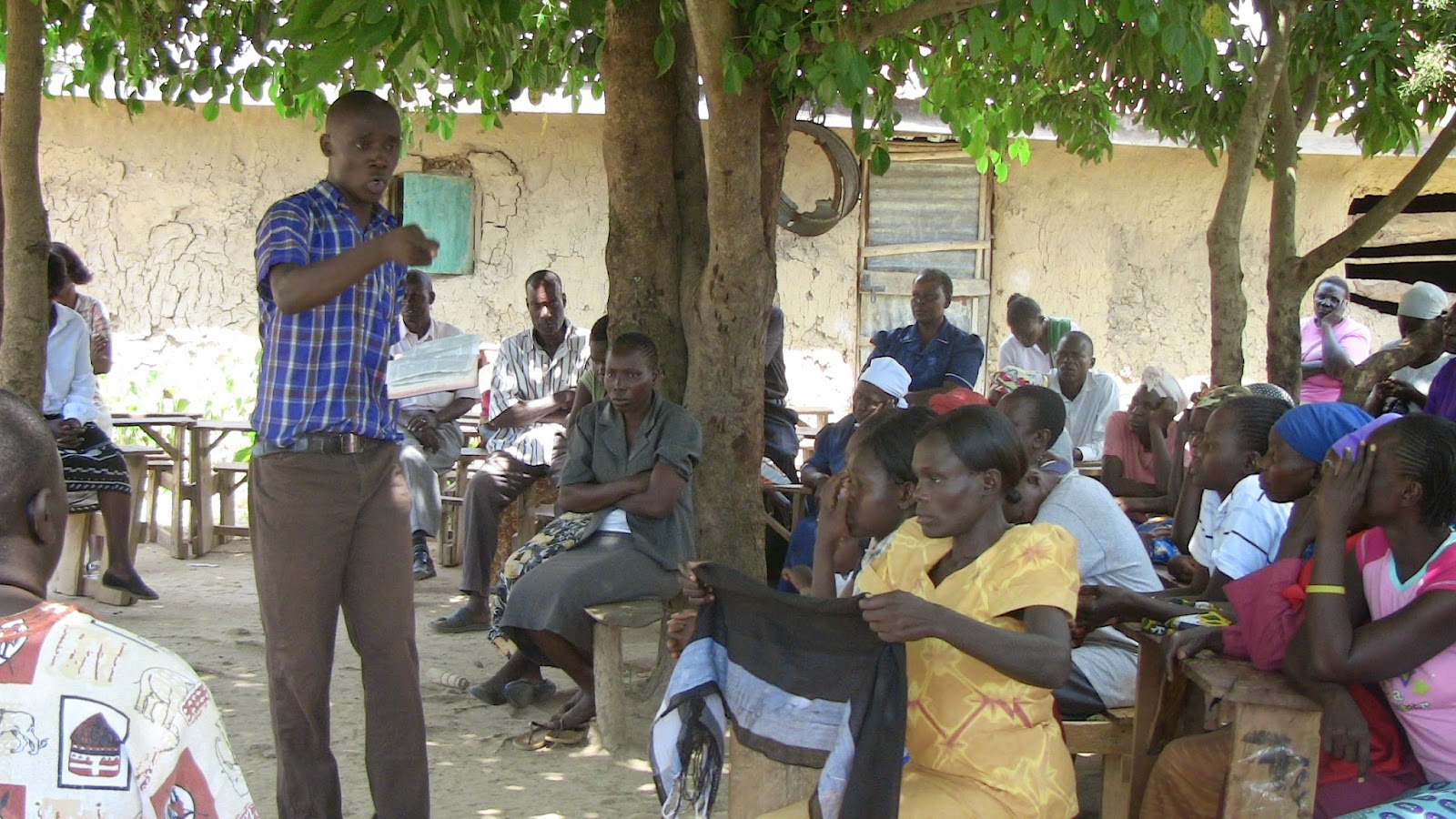 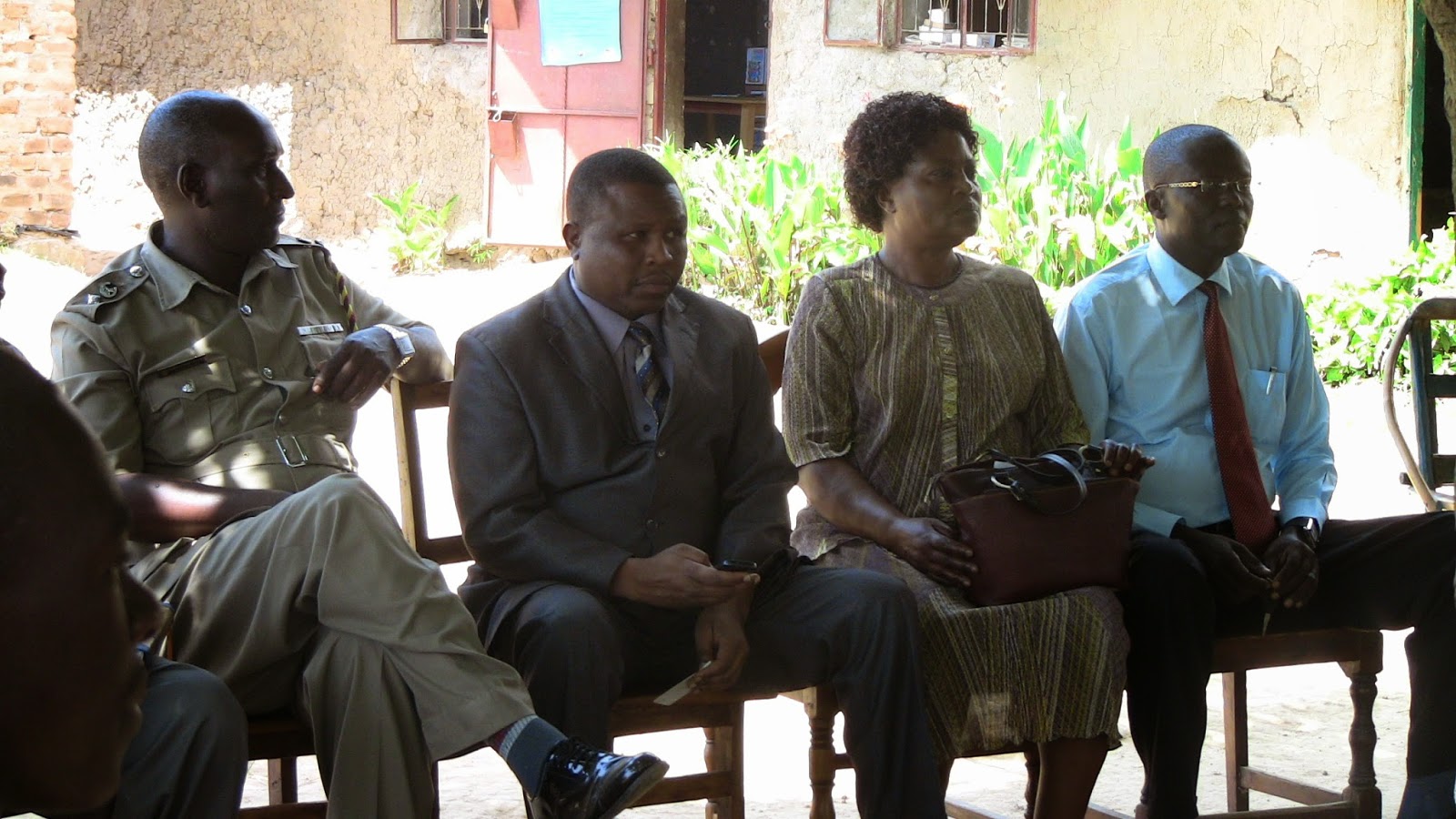 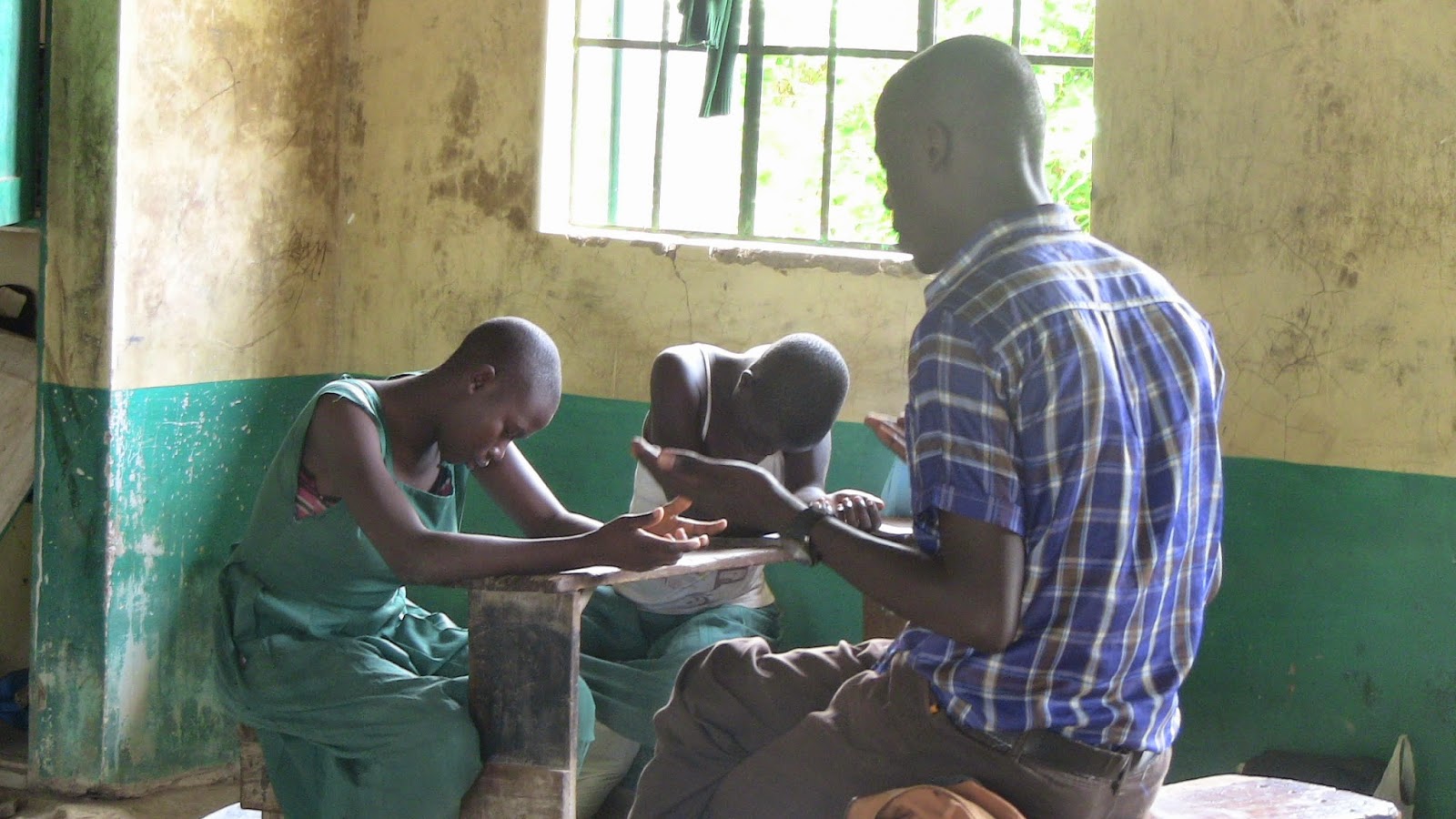 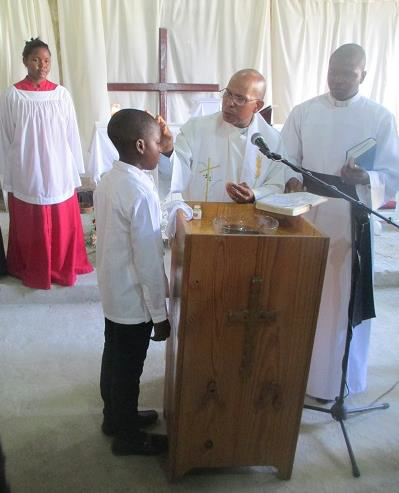 Fr. Felix is anointing my godson,
Reynaldo, with oil to seal his baptism.

Some as big as your head

Greetings in the name of the Lord Jesus!
There is a very well known old song called “I’ve got a lovely bunch of coconuts.” It has, as part of the refrain:
I’ve got a lovely bunch of coconuts
All alike and standing in a row
Big ones, small ones, some as big as your head …
Well, I’ve never seen a coconut as big as someone’s head, but in Chile I have often seen vegetables as big as someone’s head: cabbages, broccoli, and, best of all, cauliflowers! Just to prove this, I cannot resist sharing the photograph below, which was taken a couple of months ago. Yes, that’s a mugshot of me, and, yes, that’s a cauliflower I’m holding! 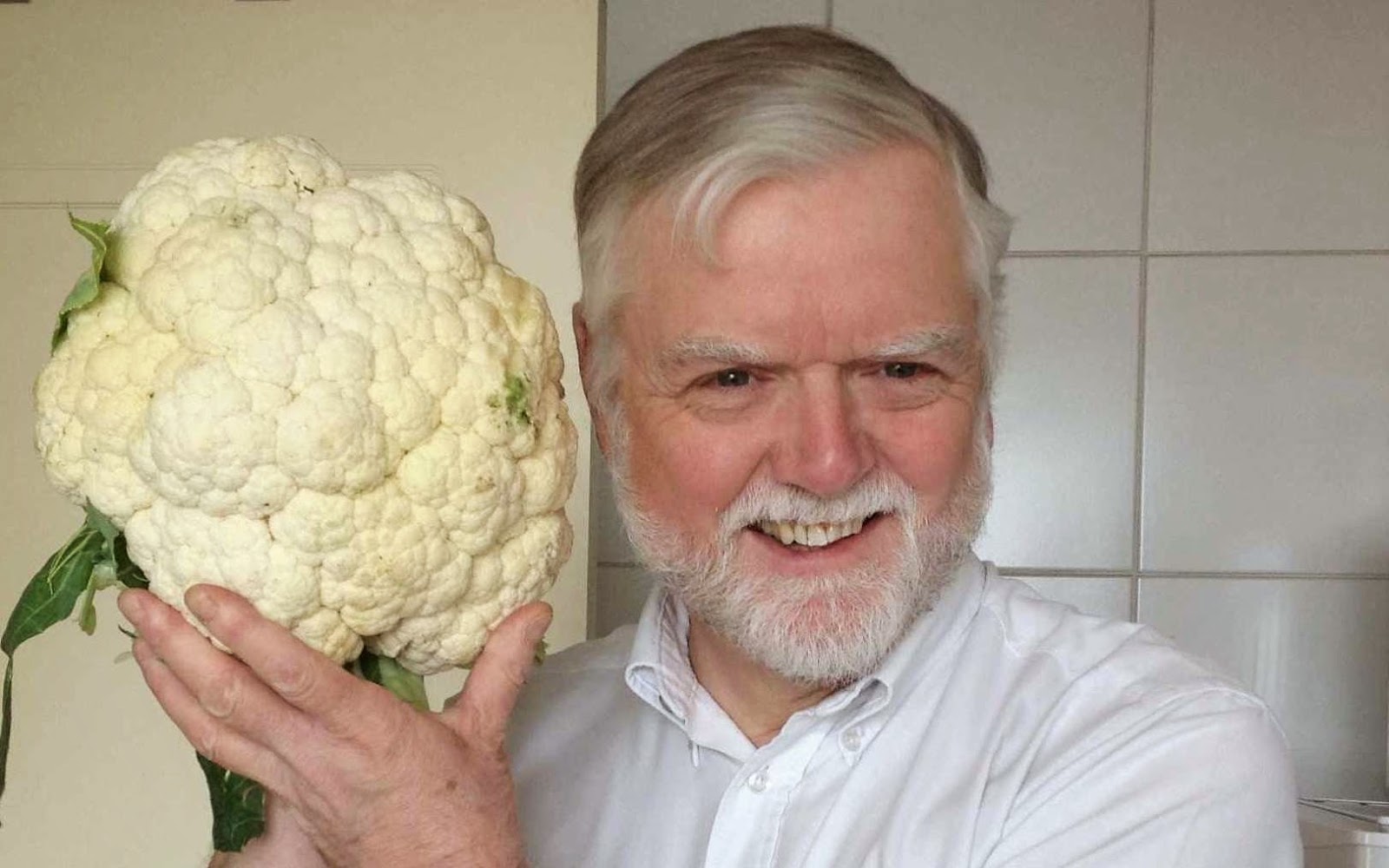 The Lord has blessed me by letting me live in a country which has excellent produce: fruit and vegetables, etc. Throughout most of Santiago there is a network of street markets which meet at different locations on different days of the week. There is a market every Thursday and Sunday on a street about six blocks from where I live. Every Thursday morning I walk over with a little wheel cart I have, and buy my fruit and vegetables for the coming week. 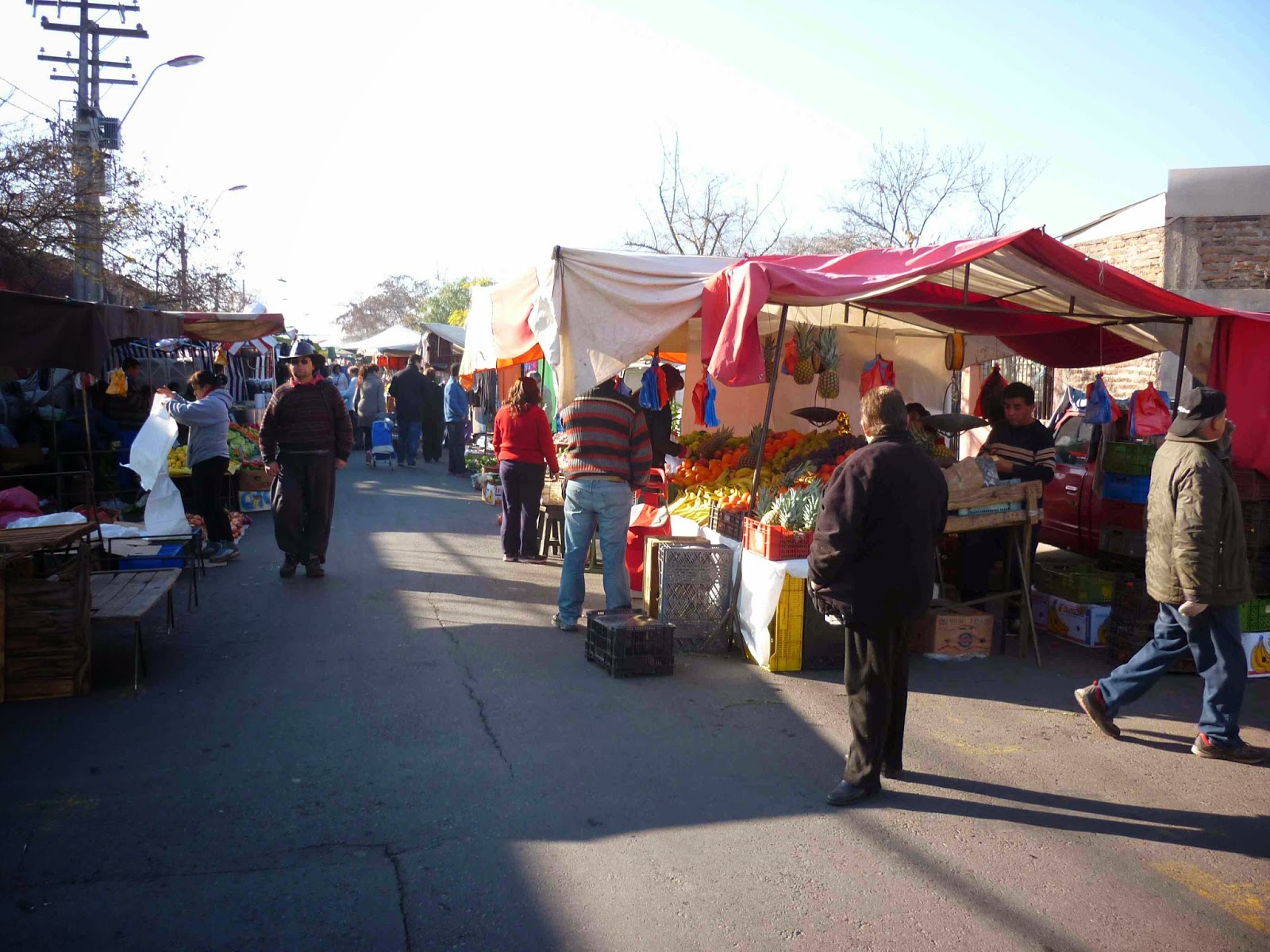 The prices are very competitive (often about 50% of the price in the supermarkets), and the quality is excellent. A kilo (2.2 lbs) of apples can usually be bought for around 350 Chilean pesos (about $0.70 US, or 40 UK pence). The cauliflower in the photograph was about 600 CP ($1.20 , or 70 pence). I love fresh fruit and vegetables, and usually return from the market very happy with my purchases. 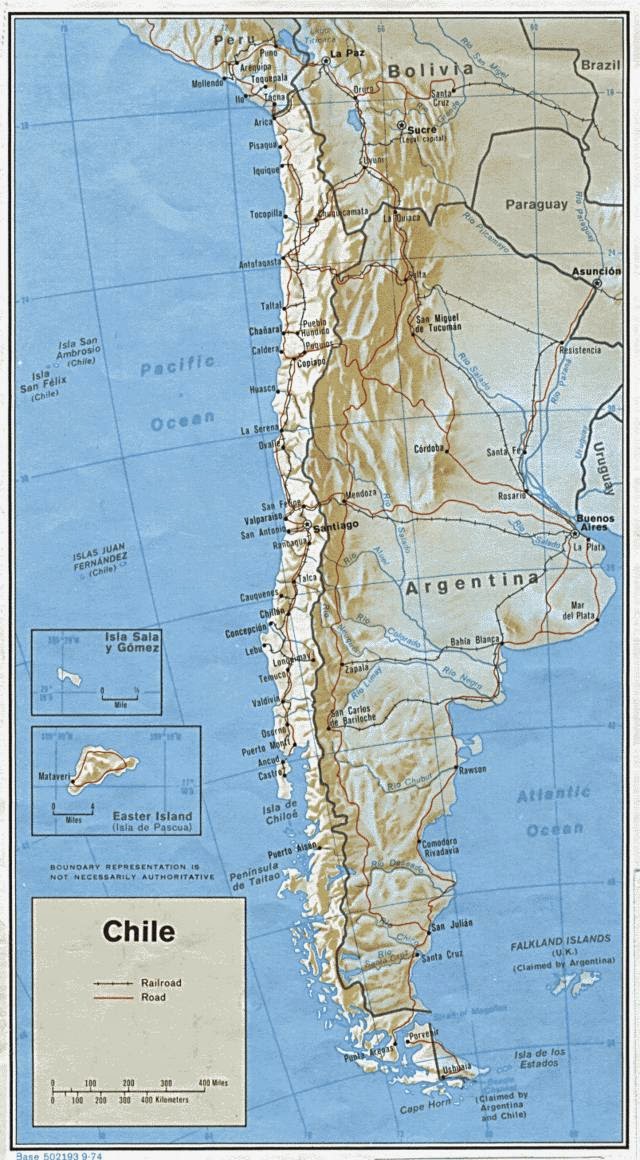 A quick glance at a map of South America will show that Chile is a long narrow country on the western side of the “Southern Cone,” about 2500 miles long, and an average of about 100 miles wide. Because of its geographical shape and location, Chile has a wide range of agricultural conditions, which enables a similarly wide range of produce to be grown. There is usually some part of the country where a particular crop is being harvested at any given time, so there is always fresh produce available. 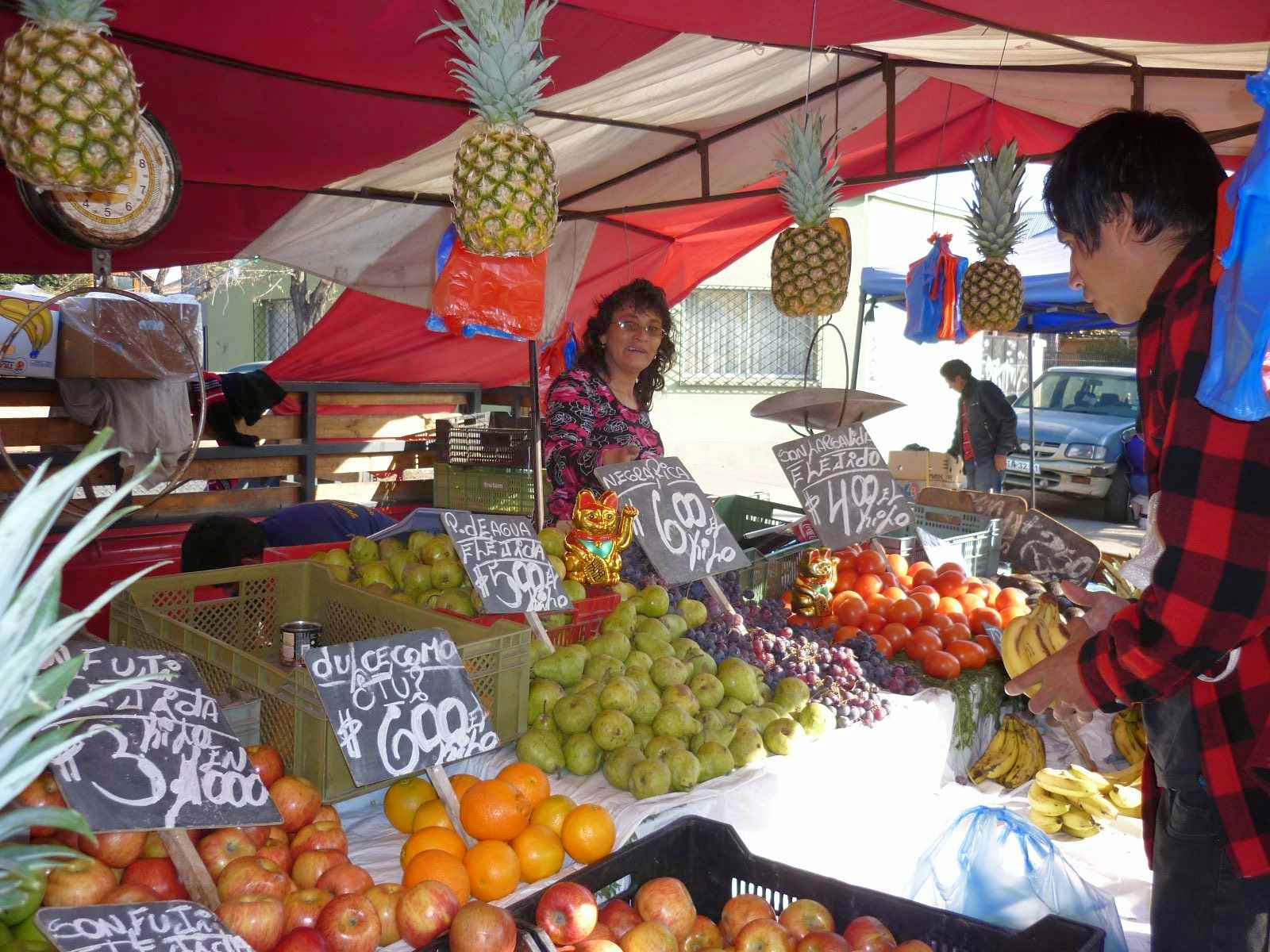 Chile is rightly famous for its fruits and vegetables, which are distributed internationally, and sold in supermarkets in the US and UK. However, as I have personally seen in the UK, where Chilean imports are very expensive, the rest of the world does not have the advantage of being able to buy them at such low prices. It is truly one of the blessings of serving the Lord in this amazing country.