Bishop Allen came to Santa Maria, located close the Nicaraguan border,  to consecrate Buen Pastor Church on Sunday, June 26, 2016.   Three local churches, a mission team from Florida and people from the town came to the event. An estimated five hundred (500) people attended the service. Thirty six (36) people were confirmed or received into the church.   Here are some picture of the event.

The Iglesia Buen Pastor story is a good example of how the church is growing  in Honduras.  The man in the center of its success is Rev. Victor Velasquez, currently an ordained deacon.  He founded the mission  and nurtured it to where it is today.
In 2006, Fr. Juan Jose Diaz asked Victor to go to Santa Maria, an hour outside of Danli on the road to Olancho. (Click here to see map.)  Fr. Juan told him that he had a few acquaintances there. Would he go and see if he could start a church?  Victor, who at that time had no car, hopped on the bus for Santa Maria, which is on a dirt road highway in the middle of nowhere.

Soon Victor had a small group meeting regularly.   After gathering in various places, eventually they were invited to the adobe home of Alexander (Chander) Flores, who converted his living room into a permanent meeting hall for the mission.  Victor celebrated the Eucharist on Sundays, offered Bible studies, teachings, and other worship. He also did pastoral work, visiting families and the sick. The community continued to grow.

Between 2008 and 2013, Victor was replaced by Fr. Alejandro Chirinos, dean of Danli. During this time, the work slowed down and membership faltered.  Fr. Chirinos, as a teacher and single–parent father of several children, was unable to make a sufficient time commitment. Eventually, the mission was handed back to Victor.  With his attention and enthusiasm, the momentum returned.
At the same time, Good Shepherd Church from Lake Wales, Florida, under the leadership of Fr. Tom Seitz, came to Honduras seeking a partnership with the  local church. After exploring various options, they began working with Fr. Chirinos and the Santa Maria mission. They started to look for a piece of property, on which they could build a new church. Also, they made a contract with the mission to provide funds for youth scholarships, a sewing coop and implements for an income–producing garden. The mission, in turn, promised to send timely reports on their progress.

In gratitude for the Church of the Good Shepherd’s help, the mission voted to call themselves ‘Iglesia Buen Pastor’, which is ‘Good Shepherd’ in Spanish.

In 2010,  the land was purchased.  And in 2013, the construction began first with a security fence around the property and then the church.  On June 26, 2016, ten years after the founding of the mission, the church was finished and consecrated.   Many of the  members, including Chander, participated in its construction.
During this time, Victor, accompanied by several parishioners, pushed into mountain villages around Santa Maria. He started new missions in Montuñuela and Valle de Jamastran.  He also began serving the community of San Lorenzo, initially reached by SAMS missionary Jeannie Loving. All the while, he continued to serve as pastor of Mano de Dios in Danli,  his home church.
Most of the people in Santa Maria are campesinos,  farming on small lots and getting odd jobs, where they can. They are poor and have a limited education.  I asked Victor why they come to his church.   His answer was that the church gives them as sense of worth. It teaches them  that they are valued children of God.

The church has programs, in which they can participate, both spiritual and practical.  They include a Savings with Education Program, which teaches people how to use their money; Cursillo, a retreat weekend with courses in basic Christianity; Happenings, a similar program for teenagers, and others. The church also gives its members the opportunity to be leaders in the church governance. Additionally, young girls, who are often neglected in favor of sons, are empowered by having women role models as priests and diocesan leaders.

The mission’s primary work is to deepen the members’ faith in God. In Honduras, God is always present, unlike in the often agnostic US and Europe. He may be relegated to the periphery of  life, as people engage in negative social behavior, such as promiscuity, drugs, family abuse and violence.   But when called to task,  Hondurans need no introduction to a spiritual world and know what God asks of them.

The work of the church, therefore, is to sharpen the sense of God through spiritual formation, both formal and informal, and to bring people’s lives in conformity with the teachings of Jesus.

Through Victor’s efforts, the church today has 80 members and two peripheral missions starting in the mountains.  And the original missionary vision that brought Victor to Santa Maria continues. Chander Flores is currently in training to be a Pastoral Leader. Upon completion of studies, he will be going into the mountains, as the pastor for one of the new missions.

Some positive lessons on how to evangelize, learned from this experience, can be summarized as follows:

2. Teamwork.   Although Victor provided the primary leadership, this church would not have been possible without the help of Chander, his family, the other lay Hondurans, the support of the larger church, the missionaries, and Good Shepherd Church in Florida.
3. Foreign missionary sources provided assistance only.   The leadership was always in Honduran hands.
4. The Gospel was preached both by word and by example.    Victor provided a positive role model for the church. He was concerned about both the spiritual and physical welfare of his parishioners.
5. The church continues  to found new missions and the process begins again.

Lost at Sea: Salvagers Helping Themselves to Our Roof

Here is a video from the local La Ceiba TV station. The boat carrying the steel for the roof trusses, for our Emmanuel Church in Roatàn, ran aground and foundered on a shoal during  a midnight storm. In the morning, salvagers helped themselves to the cargo.

Merry Christmas to everyone
and God’s blessing to you during this holy season, 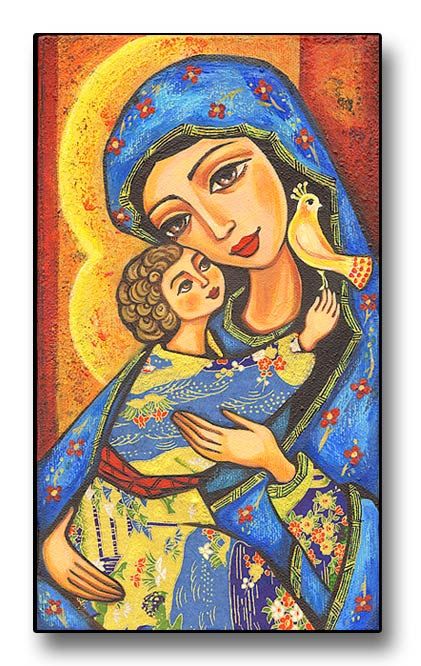 I celebrated this Christmas in the Church of the Annunciation in the campo.  Again I brought presents for the children.  It was  beautiful experience.
Last month in November, I was in Massachusetts visiting churches and friends. I spent Thanksgiving with my family for the first time in two year.
Generally, my thanksgiving  newsletter is my  thank you letter for supporting this mission.   But this year, since I was in the US, let me thank you now for your generosity. Your support has made the following projects possible:
1. Emmanuel Church, Roatán:  The first year we designed and redesigned the church.  The second year we laid the foundations and started the wall.  This year we finished the walls and will start the roof.   The process is slow, because we only build when we have the money.  But, on the other hand, we will have no mortgage when we finish.
2. Good Shepherd Church, Sta Maria, El Paraíso.  This year we finished the roof and the tower.  We have installed bars for the windows.   Now we must paint and finish the interior.
3. Zamorano Diocesan Retreat Center. The schematic design is finished and are raising money  to build the meeting hall, as Phase One.
4.  St. John Bilingual School. With help of Inscape Publico, our pro bono architects in Washington DC, we are in the process of building the school cafetería, which will serve as classroom until the rest of the school is finished.
5. And finally, the Ministry of Presence  continues to help young people with their education,  pay for medical bills, buy computers for college students, aid for those in desperate need. Please see the prayer requests below and pray for the people we are helping.
Also, if possible, please consider an end of the year donation, so  that I may continue with God’s work here. (See link to the right.)
Thank you.
Peace and all goodness to you,
Jack

A Christmas Meditation See how she loves him. 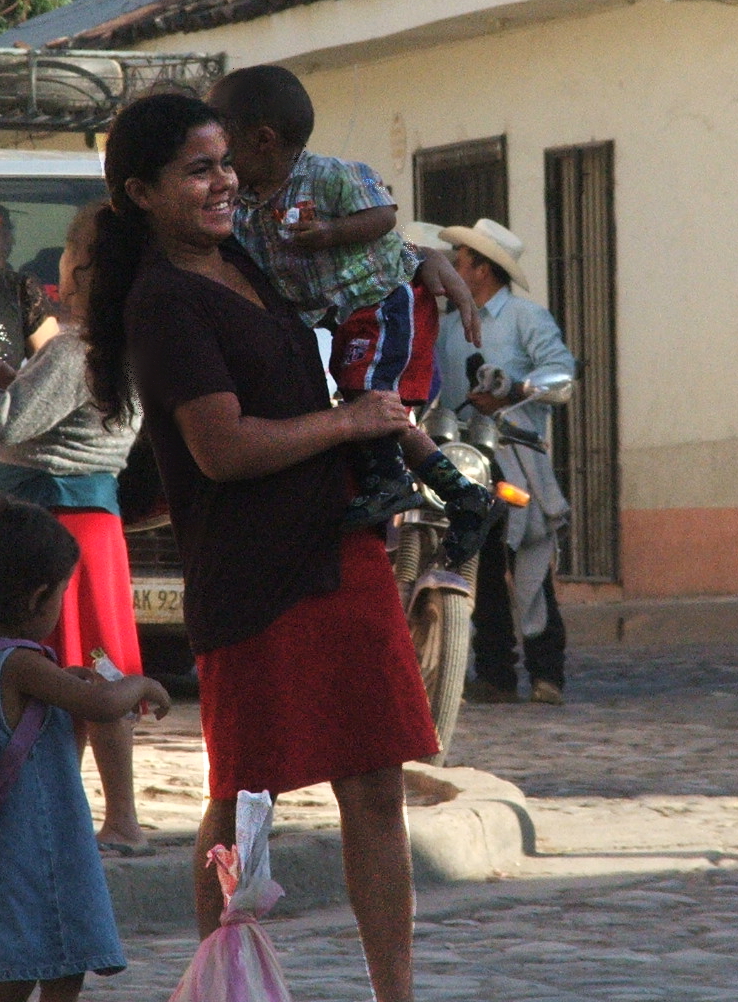 When I was living in Copan Ruinas, I met a retired Canadian in his seventies,  who was travelling throughout Central America to avoid the northern winters.  We  used to sit at the coffee shop overlooking the central square watching the people.  What especially moved him were the mothers with their children. “Look at that little boy!” he would say.  “See how he holds his mother’s hand.  See how she loves him.”
It was simple observation, yet very true and beautiful.  See how she loves him.
It is the image of Mary and the baby Jesus as well. Mary holds Jesus tightly in her arms, full of love for her new born child.  See how she loves him.
And as we are created in God’s image, it also reflects God’s love for us. The special love that only a mother can give. See how she loves him.  See how God loves us.
I was given a book, Good Goats by Dennis, Sheila and Matthew Linn (1).  It was written for people, who struggle believing that God really loves them.  It is for people, who feel that they are never good enough and God is always judgemental and demanding.
Dennis Linn tells the story of his friend Hilda, who came to him for counselling about her son. He had just tried to commit suicide, after being involved in crime, drugs and prostitution.
Dennis asked her, as they sat together, to imagine that her son had died.  The  scene was the judgement throne of God.  Hilda was there, too, as  her son came in.
“How does your son feel?” Dennis asked.
“He feels so lonely and empty,” Hilda replied.
“And what do you want to do?”
“I want to throw my arms around my son.”   She began to cry, as she imagined herself holding her son tightly.
When she finished crying, Dennis asked her,  “What does God want to do?”   And  God stepped down from the throne, just as Hilda did.  He embraced her son.  All three of them cried together.
After that session, Dennis wrote: “I was stunned.   What Hilda taught me in those few minutes is the bottom line of healthy Christian spirituality.   God loves us at least as much as the person who loves us the most.”
See how she loves him.
———————————————————————-
(1) Linn Dennis, Sheila Fabricant Linn and Matthew Linn
Good Goats: Healing our Image of God, Paulist Press
Mahwah New Jersey, 1993
The authors are therapists and retreat leaders.  Matthew Linn
is also a Jesuit.  Together they are authors of twelve books
on healing.
« Older Entries
Next Entries »