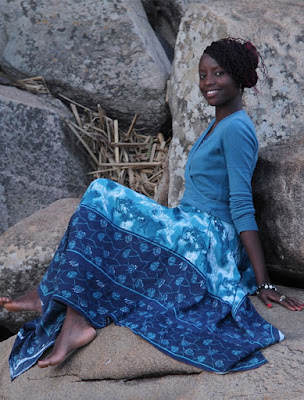 A Family’s Struggle with Injustice and Impunity

The date forever remains etched in my mind; it was the culmination of many of the worst days of my life. Fifth December, 2017 was a Tuesday morning and one of my childhood friends, Pam, had graciously agreed to accompany me to the city center, town, as many Nairobians would call it. The journey I was taking seemed surreal to me, how was I on my way to buy the last dress that my sister would ever wear?

It Wasn’t Supposed to be This Way

I nearly lost my mind on that journey because this was never our agreement. It was an understanding between my sister and I that her wedding dress would be a gift from me. I knew the design she wanted, she had shown me pictures, and of course as big sister I suggested some edits to it. I was supposed to watch her walk down the aisle and ululate with my other siblings as our little sister was married. I never imagined I would be combing through town trying to find a dress for her to be buried in. Someone had played a mean joke and my world was crumbling on Muindi Mbingu street. I stood in the road and wept bitterly and shamelessly. My heart was breaking not just for me but for the rest of my family, how were we going to face the days ahead?

Does the Justice System Work?

Death, is horrendous for those left behind. It is hard enough to come to terms with when it occurs naturally, but when it has been willfully caused by another human being, those left behind are always very close to the grave themselves. My little sister, Chichy, was unfortunate to meet her death in such a horrible manner.

As a family we never imagined that anyone would kill our sister. She wasn’t the kind of girl to go looking for trouble, she was a neat and organized person, tiny physically but had a big heart for people. Kind and faithful, she enjoyed laughter, food, and singing. When she didn’t answer our phone calls, it never occurred to us that she would be dead. The worst, we assumed, was that she fell ill somewhere and her phone went off. Unfortunately for us, that was not the case. It was the biggest shock of our lives when she was found dead in her apartment, badly mutilated. Somebody murdered our baby sister.

Before her burial, the DCIO of Nakuru assured our family that it was just a matter of time before the suspected culprit, a prominent Nakuru businessman, was brought in. He was confident that all the evidence they had collected clearly pointed to the murderer. A private investigation also identified a key suspect and linked him to the crime scene. Sad to say but shortly thereafter the DCIO went mute on us. A year down the line, despite many efforts the family has never received any brief or update from the police.

A Case to Answer

We have been left with many unanswered questions. We do not know why our baby sister was brutally murdered and we fail to understand why a criminal is free to carry out his activities in the confidence that the police are of no consequence to him. Our fear is that this has happened for too long. While other people may be comfortable to go on with their lives believing that it is best to leave things as they are; our family strongly believes in justice. It was wrong for someone to murder our sister; it is wrong that we are expected to go on with our lives as if nothing happened. Something did happen, we were mercilessly robbed of our beloved. It is unthinkable that we have such an incompetent police system that is either not bothered about the plight of the innocent in this country or that seeks to benefit from their misfortune. As a family, we are convinced that we have a right to the truth, a right to feel protected and a right to feel safe in our own country.  We have been good citizens of this nation and we do our part to make it better, despite the little we have, it is our right to demand #Justice4ChichyAmina.

Chichy Amina, a banker at Stanbic Bank, Nakuru, was murdered in her home on November 23rd, 2017.