I have had a number of small blessings this week, from finding the Buffalo Travel office almost by accident last Saturday, and then finding a small staff working on a weekend afternoon, to my decision this morning to walk to the Big C for some shopping, 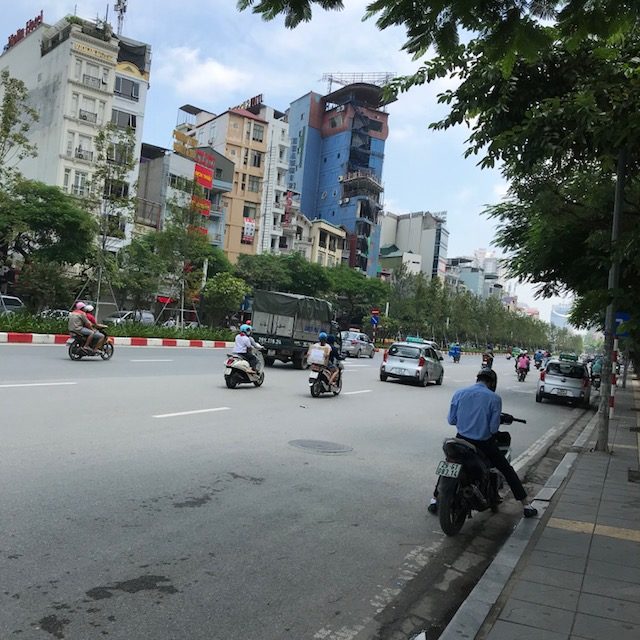 and finding the day less humid and with a breeze. The blessings did not include losing my glasses, apparently leaving them in my shopping cart, but after a search I was able to find the spare pair I brought with me. I had a small blessing when I entered the Big C: its security check rivaled the airport. The straps of my little back bag were zip-tied together after an inspection, so I would be unable to reach my wallet (I later cut the tie with the small jackknife I have been carrying with me), and I was told I had to surrender my full water bottle. Aside from my umbrella I always have a full water bottle with me I opened it and took a drink before giving it up, and was about to hand it over when a second security person came along and indicated I could keep it … perhaps having seen me take a drink she realized it was only harmless water. The Big C is a larger version of a Costco or BJs, where one can buy soup to soap to cereal to nuts to fridges, washers, ovens and just about everything else in between except vehicles. I wandered all the aisles, including toys, linens, appliances, jewelry and groceries, of which I bought a few, including skim milk (fortunately my room has a small refrigerator) and sweets. I have not had sugary snacks, not even my beloved chocolate, for over a month and found I have nearly lost my taste for them. When I was finished I thought to catch a Grab Bike so as not to have to carry a heavy-ish shopping bag but realized my last driver had kept the hotel card with its address. So, I had no alternative but to walk the mile back to the hotel in the warming day.. After a few blocks I set the bag down to take a photo of an interesting blue building and suddenly another small blessing. I was kinda struggling to pick the bag up again, with a long baguette sticking out, when a Grab Bike stopped and – small wonder- the English-speaking driver asked if I needed a ride. Of course he asked for the address which I, of course, did not have. I told him I could tell him how to get there and he could set the fare when we reached the hotel. We arrived without incident and he charged me 50 VND, a little high for the short ride, but I was quite willing to pay it.