In the last year, students have offered to get me a cat to try to fill Meri’s void. I have always declined, as I was either mourning or enjoying the concept of not being held down by a pet.

Apparently, the Lord thought it was time to fill the void.

In between rains on Monday, a canine peeped into my home office window and said hello. I thought he might be a friend’s dog, so I went out to see whether he was hurt. It wasn’t her dog, but this dog joyously jumped on me to say hello. And then he tried to come inside.

Local dogs generally are not terribly friendly, and tend to shy away from people. But not this boy. He made himself home on the verandah. Since he was so comfortable with me, I thought he had a family. I posted about him on Facebook, on Tuesday, hoping to find his family, but my friends told me that it seemed that I was chosen.

Sweet puppy kept coming around, and seemed to enjoy escorting me to chapel. So I caved, and admitted that I was adopted. Meet Tucker. 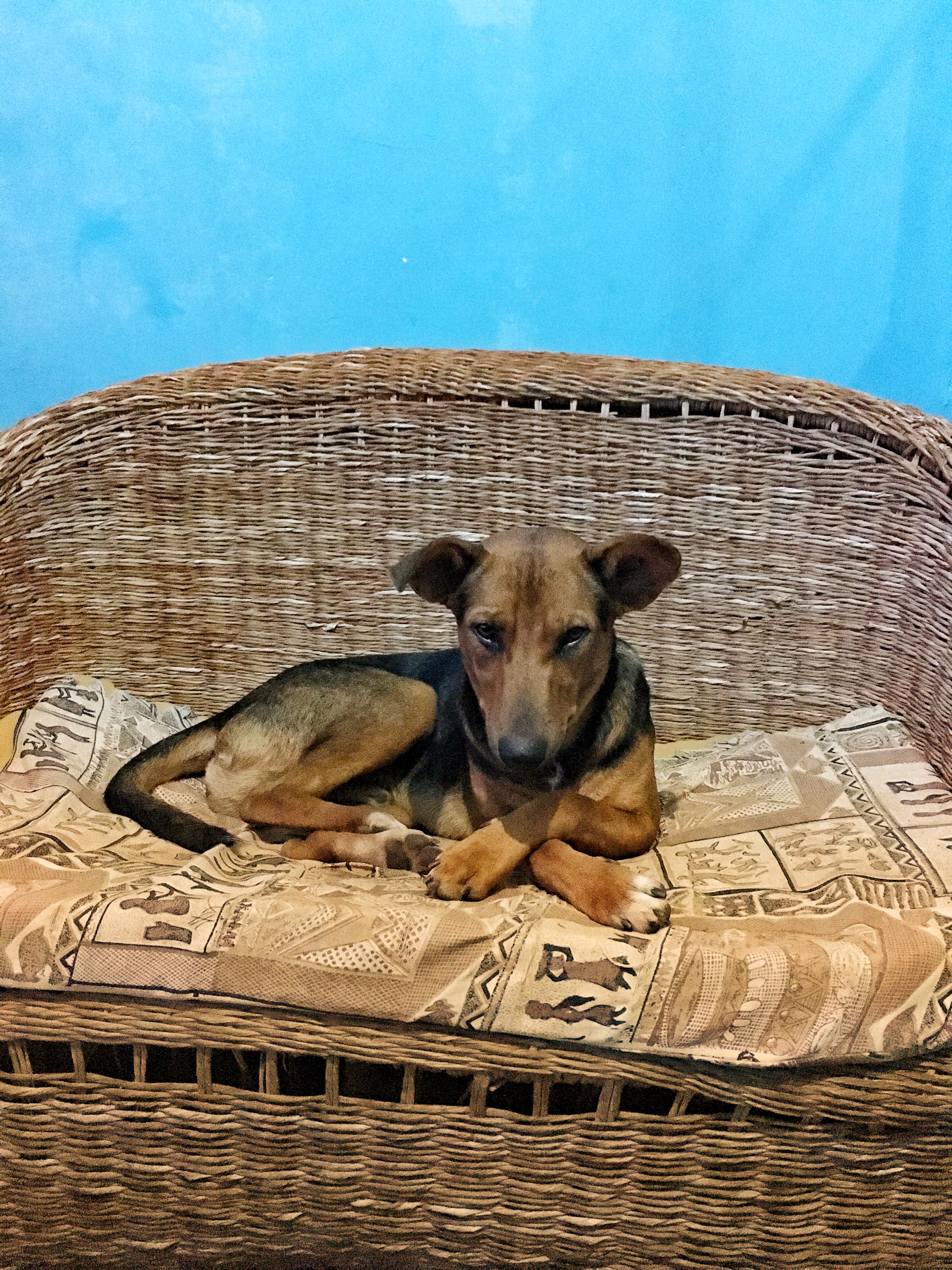 A SAMS Bridger here, also named Jessica, named him. Tucker is appropriate, as I lecture in the Bishop Tucker School of Divinity and Theology. And he wears it well. I heard that he joined the Sunday School children on stage in church on Sunday, so it’s appropriate that he’s named after Bishop Tucker. 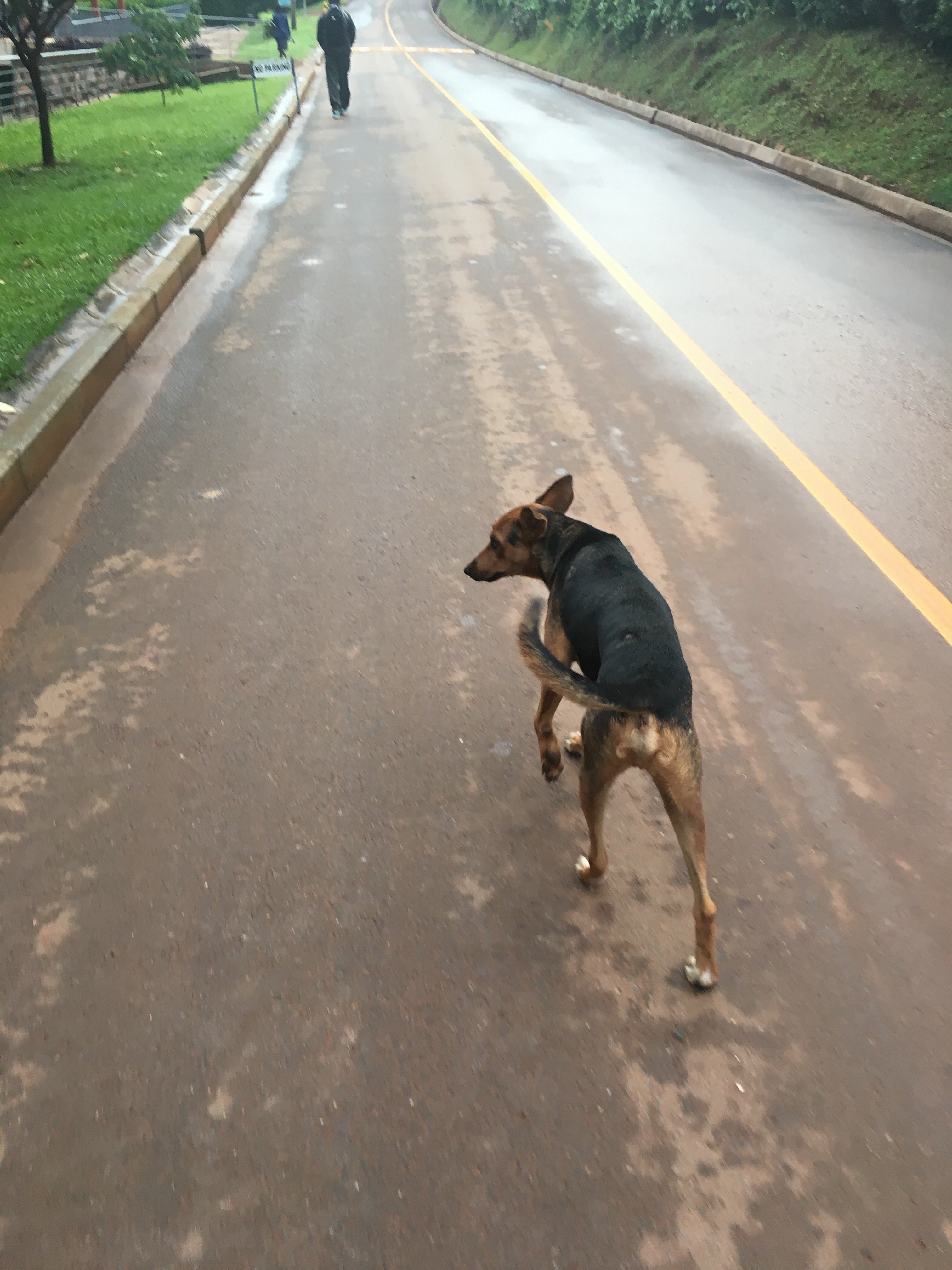 My students are amused with my morning escort, though they’re less amused that he parked himself in the doorway this morning, as dogs are usually security, and they are leery of maneuvering around him, despite my assurance of their safety. 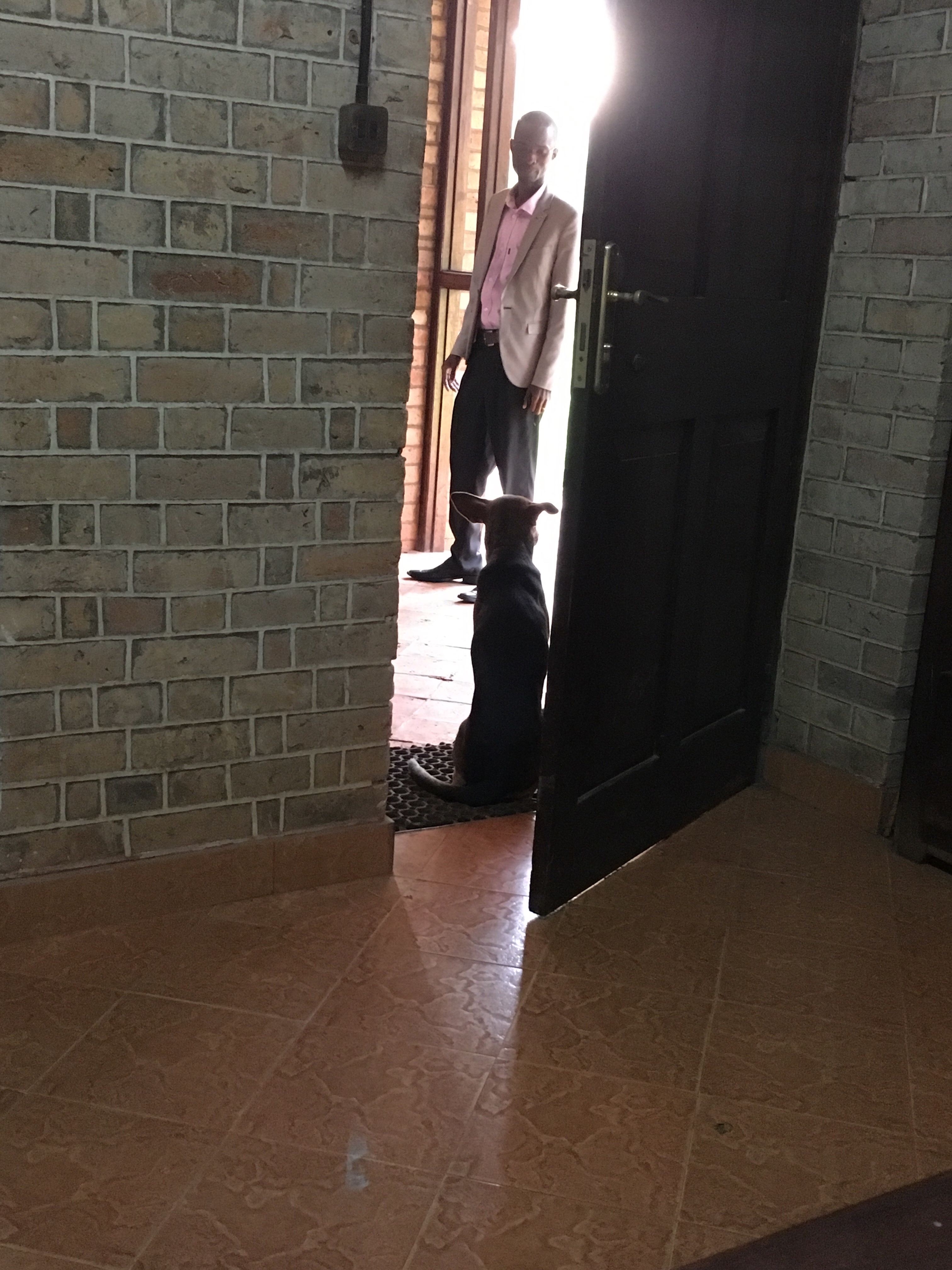 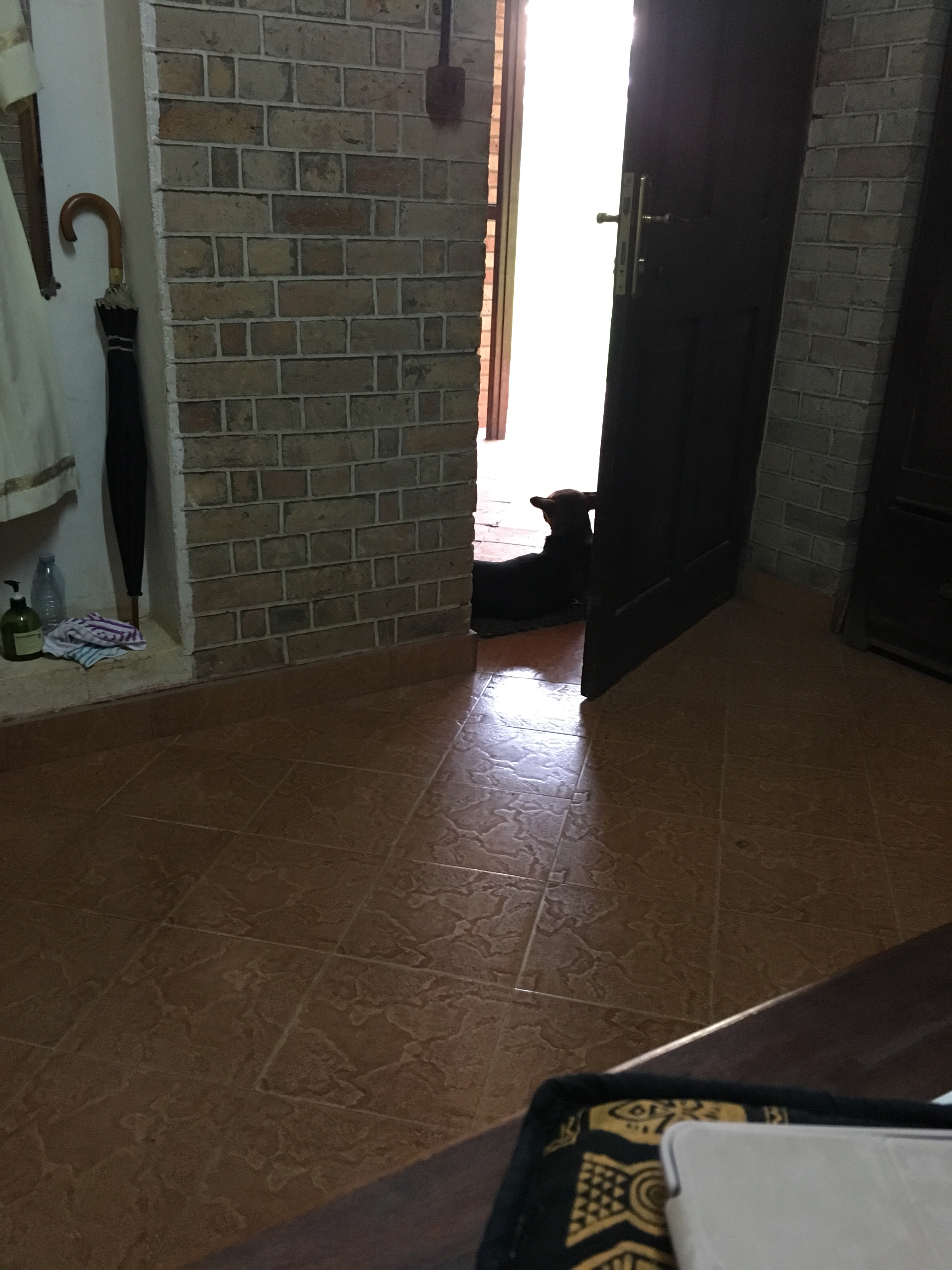 I’m amazed at how quickly I’ve taken to Tucker. It’s quite a comfort to see him sitting on the verandah. I’m not about to confess how many times I’ve asked him “who’s a good boy?!” I’m a cat person. I told him this. He wasn’t impressed.

I have no idea why God brought Tucker into my life. I’m sure this sweet puppy with the crazy ears has a lot to teach me.