Susan Park is currently serving in Peru. Read about her journey thus far.

As many of you know from the January e-newsletter, I (Susan) am spending the month of February in Peru helping/shepherding various people from different parts of the world as we go around the country. As usual, things don’t always happen as planned. I tend to refer to them as “sagas” as they often have several parts to the story with interesting twists and turns along the way.

Fr Phil from the companion diocese of Worcester, England and I had been planning this trip with people from England for several months–setting up travel arrangements, sites to visit, contacting people and places where we would be. The plan was to visit the diocese and see how things are progressing with the new Peruvian bishop and the new regional deaneries.

Saga of the Unexpected Addition

Jan 31st–Note from Phil in England who is leading the English contingent. “I think everything is about as organised as it can be for the moment at this end, unless you inform me otherwise!”

Little did we know that it was the calm before the storm. One of the sayings I put on the end of my team e-mails is “Blessed are the Flexible, for they shall not get bent out of shape.” God definitely would test my flexibility with this trip.

Feb 1st –Midnight Pittsburgh time-5 am England time– I am putting the final items into my suitcase for my travels early in the morning, when I get an e-mail from Phil. He had just received an e-mail from the Archdeacon of the Diocese of Gibralter (encompassing Spain, Portugal, and three other areas) when last night (literally!), they chose the Rev. Deborah to be the new link person with Peru. Phil had invited them to be in correspondence to help learn from Worcester’s long term relationship. He ends his note saying, ” I assume that he doesn’t really mean that someone will materialize from Gibraltar in a fortnight to join us?!”

Actually, yes, it did! And it was only 10 days later, not two weeks.

5:03 am–Deborah tells Phil she plans to fly to Peru and join our group for a week.

By 10 am–Phil convinces her that it would be better to fly to Arequipa when she arrives in Lima rather than taking an 18 hour bus ride right after she has flown across the ocean from Madrid. He sends Deborah & me a reassuring note with much more confidence than I feel at the moment. “Deborah, Susan is very experienced at dealing with all these plans – and adapting when they get changed with three seconds’ notice!”

Based on confidence that God would work all this out, I proceeded to welcome Deborah to our group by e-mail.

Knowing I was going to have to tackle getting a chip for my cell phone, buy my airplane tickets for 4 separate journeys and buy Deborah’s and Bp Alejandro’s tickets as well (unfortunately, not as simple as going on-line to do it), I went to sleep on the plane. 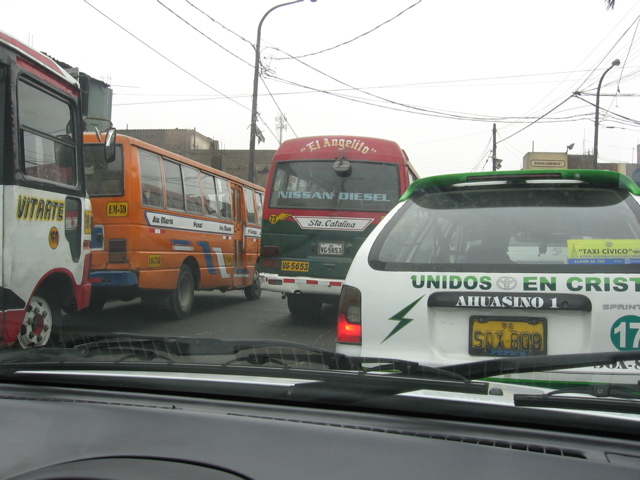