Happy Epiphany!  For me this is a time to reflect on the incarnation of our Lord Jesus.  When the wise men arrived to see the baby Jesus, everything changed.   Jesus was now manifested beyond the Jews to the whole world.  This is a time of year I reflect on His presence, His incarnation and what an amazing thing that is.  Imagine, the Creator of the Universe, our Lord and Savior is here, now, in our world, in our lives.  Every day. 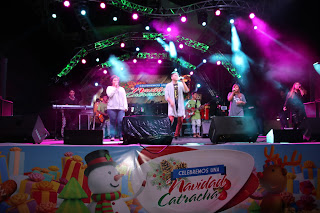 I returned to Honduras right after Christmas in time to attend a huge concert at which our LAMB Worship band from the Children’s Home performed.  It was a big deal and hundreds of people attended, and cheered, our kids!  I was so proud of them I thought my heart would burst.  These teenagers, composing their own songs, practicing hours on end, brave enough to get up in front of a sea of strangers to worship the Lamb through their music.  Sublime. 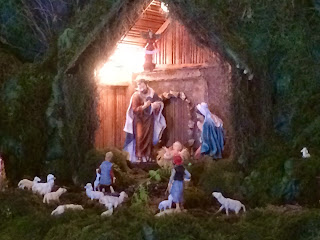 Before the concert we visited the “Mega Nacimiento” or huge Nativity village.  A nacimiento is more than the traditional nativity scene.   I love the various Honduran holiday traditions.  Some are delicious like the nacatamales at Christmas.  Some are amusing like the “Año Viejos” which are effigies filled with firecrackers lit at midnight on New Year’s Eve.  The nacimiento is the most charming tradition with Honduran pueblos (villages) built at the foot of the nativity scene.  The “Mega Nacimiento” was more like a bustling city!

Some of the scenes were amusing but a wonderful reminder that the Risen Lord is with us…in Bethlehem, in Tegucigalpa, in your town, everywhere, every day!

So, look around.  See Jesus. He is everywhere. Take Him by the hand and follow the Lamb wherever he goes.

“And surely I am with you always, to the very end of the age.”