My favorite verb in Spanish is Esperar.  Esperar means to wait.  It also means to hope.  To me, esperar means hopeful waiting.

Waiting is hard.  Waiting can mean suffering.  13 years ago, a 2 year old boy was found wandering the streets.  Social Services sent Jose David to us as an orphan. For years, as he grew up with no one at visiting day, no family to call his own, he fell into a depression, feeling unloved.

Waiting can mean hope.  When he was 13, a young couple, Ashlee and Ryan Graham came to LAMB on a mission trip.  When they mentioned they wanted to adopt, I introduced them to Jose David.  It was love at first sight!  They immediately began the adoption process!
Where the love story began in 2014…
Waiting can mean heartbreak.  Soon after Jose David met the Grahams, Social Services gave us a phone number that led to his birth mother!  Jose David was overjoyed.  “Amanda, will you call my mother and give her directions to visiting day on Saturday?”  That Friday, we learned that the mother had been beaten up by her boyfriend and had run off.  Jose David was stricken when he realized he would spend yet another visiting day alone.
Waiting can mean doubt.  Ashlee and Ryan were working hard on the US side to move the adoption along.  On the Honduran side, a year passed with no progress at all.  Jose David all but gave up.  Twice now, it seemed, he was within reach of having a family, only to lose it.
Waiting can mean frustration.  Finally, earlier this year, things started to move in Honduras.  The birth mother agreed to sign over her parental rights but had lost her national id card.  Our social worker, Oneyda, drove 2 hours to take her to the registrar but… the mother wasn’t home.  When Oneyda returned a few days later she was there. At the registrar the forms were filled out…but there was no toner in the printer.  A week later, Oneyda picked the mother up, and drove her to the Tegucigalpa registrar.  Yes, they had toner!  But, they didn’t have the paper to print it.  Finally, on the third try, she did get her id.

Waiting can mean God’s hand at work.  Ryan and Ashlee finally got the first court appointment.  But… Ashlee called me from the airport, “Ryan’s passport expires 1 day before our return!  They won’t let him on the airplane.  What should we do?” I told her to get on the plane (I couldn’t bear telling Jose David that no one was coming.) I also told Ryan that there are express passport companies that will give him a new passport that day.  A few minutes after Ashlee took off, Ryan called back, “I called Passport Express.  They told me they were booked solid for 2 weeks…(my heart sank) but someone had just called to cancel.  I have my new passport!”  (My heart soared with joy and thanksgiving to our merciful Lord.)

Waiting can mean growing closer.  When Ashlee arrived, she and Jose David were both nervous.  They hadn’t seen each other since the first meeting.  To break the tension, I stuck a name tag on him labeled, “Jose David Graham.”  The next day, Ashlee and Ryan took him clothes shopping.  I noticed he had folded over the edges of the name tag and had it in his pocket.  Every once in awhile I would see him glance at it.  Later that day, he asked Ryan and Ashlee, “Is it ok if I call you my parents?”  They answered, “We would love that!”  Jose David stepped away for a moment to compose himself privately and came back grinning.  It was on this trip he took on the new name, JD.

His new family in Pennsylvania was growing closer too. For his birthday, his extended family made a video.  “Hi, JD!  I am your grandmother.”  “Happy birthday, JD, I am your cousin” and so on.

His little brother and sisters were excited to have a big brother too!
Waiting can mean fear.  As time dragged on, again stuck in Honduran bureaucracy, I was consumed with fear that the adoption wouldn’t go through.  I filled our prayer wall with prayers.  I showed Jose David a positive face but inside I was falling apart.  His 16th birthday was fast approaching which would have ended his hopes for a family.
So, what is hopeful waiting?  It is soldiering through all the challenges of waiting… with faith, believing that God will provide the family JD had prayed for all his life. Sometimes that faith is an act of will.  Repeating with conviction that God WILL provide, despite evidence to the contrary.  It is knowing, that somehow, someday all will be well.  It is remembering all the miracles God has delivered and asking, “Why would He stop now?”
At LAMB, we have seen over and over during hopeful waiting that God is faithful.  On December 9th, JD Graham stepped off the airplane and into his new family’s arms!
As Paul wrote to the Romans: For in hope we are saved. Now hope that is seen is not hope. For who hopes for what is seen? But if we hope for what we do not see, we wait for it with patience.
So, we wait patiently, expectantly, hopefully for His provision, for His redemption, for His love for us.  All of us.  Each of us.  Amen.

Traveling to his new home and taking his first flight 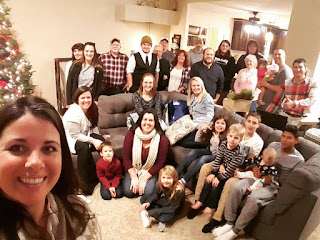 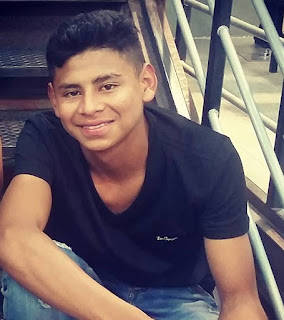