Not too long ago, I was feeling quite vexed.  Vexed and worried, angry and frustrated.  I finally figured out I need to depend on God directly rather than other people.  That helped a lot but I still had vestiges of worry and frustration. Earlier this month I attended the SAMS retreat.  SAMS (Society of Anglican Missionaries and Senders) is my missionary agency.  It is full of missionaries from throughout the world, serving in fascinating and sometimes exotic places. (Madagascar!)
One of the break out sessions was about spiritual direction.  I had heard of it, know people who have done it or are spiritual directors, but didn’t really understand the process.
The leader, Andrew Osmun, was talking about how to find a spiritual director, etc. but there was confusion about what it is and isn’t.  So, he said let’s practice and I volunteered.  I really wanted to understand the process.  I certainly didn’t expect anything to happen, especially since I was sitting in the middle of a circle with 30+ people staring at me being spiritually directed!  Not exactly a conducive environment for spiritual reflection…
Anyway, Andrew would explain the first step of the process and then we would do the step, he would explain more about that step and the next one, we would do the next step etc.  He asked if anything was on my mind.  I briefly and vaguely explained what was on my mind.
He told me to close my eyes, he would say a prayer and then I would just be still for a couple of minutes.  When I was ready I would pray out loud and that would be his signal.
I closed my eyes and was immediately frantic.  I started praying that I would be able to come up with something to say!  I really just wanted to walk through the process to understand it better so I wanted to do a good job playing my role in this simulation. 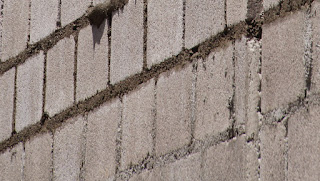 Suddenly I could see one of our concrete block walls.   I was standing inches from it and the blocks had just been laid, the mortar was dry but rough.  That was all I could see.
I said a short, meaningless prayer (still in panic mode) and explained the image.  He told me to repeat the process, but this time I was to sit by the wall with Jesus.  My internal reaction to that was, “Nuts!”  Being there with Jesus took all the wind out of my sails.  I knew I could not lay out my carefully developed defense or “argument for the prosecution!”  I had to just be there by the wall with Jesus, who already knows all that has happened and all that will happen.
After the second prayer, Andrew asked what I experienced.  I had a clear image of the water tank!  In explaining this to 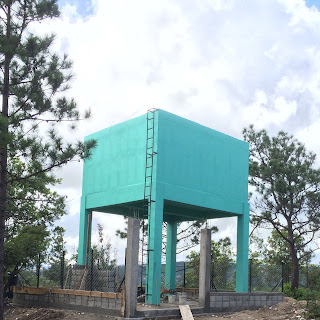 him (and the group) I realized God was saying, “I will deliver…in my time…and more abundantly than you expect.” God said, “I have done so many miracles here, why would I stop now?”

To my shock, the Holy Spirit actually showed up! I think we were all surprised.  Of course, I was crying by now. 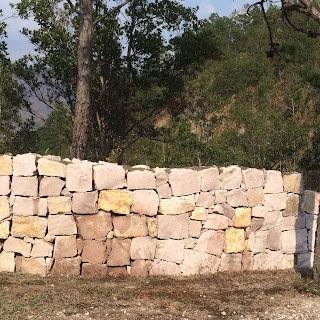 Then we prayed once more to finish the session.  I closed my eyes and he prayed.  We were done.  Except – I said, “I received another image.  It was a wall.”  Andrew was visibly startled and there was a gasp in the room.  I explained, “It was Suzy’s prayer wall.”  This is the wall we are building to celebrate Suzy’s 25th anniversary.  She has long wanted a wall like the Wailing Wall in Jerusalem, where we could write prayers and petitions and put them in the cracks between the stones. I could see the section that we had just built, with the trees and mountains in the background and a beautiful brilliant blue sky!  The Lord was saying, “Come to me in prayer, rest in Me.”  Then, I received the peace that passes all understanding. Selah
Just a couple of days ago I met with clergy from a new church in a new city.  At the end of the meeting, they said they want to partner with us!  The Lord has already begun to deliver.
The steadfast love of the LORD never ceases;  his mercies never come to an end; they are new  every morning; great is your faithfulness. Lamentations 3:22-23