“I want to play with the kids but I don’t speak Spanish.”
“I am so frustrated by the language barrier.”
“I don’t know how I can contribute since I don’t speak the language.”
This is how the beginning of mission weeks often begin.  The team members are flustered by the cultural differences here and almost paralyzed by their inability to speak Spanish.   Some brave souls leap right in and give it a shot.  Some try to bridge the language gap by speaking English with a Spanish accent!  “Ay ned a hammair.”  Others hang back, watching, longing to participate.
But then, poco a poco, things change.  Soon I hear this:
“Mas agua”
“He needs a balde of concreto”
“Cheke leke!”
“Te quiero”
“We were communicating!  I don’t know how but we were!”
and lots of laughter…and I see this: 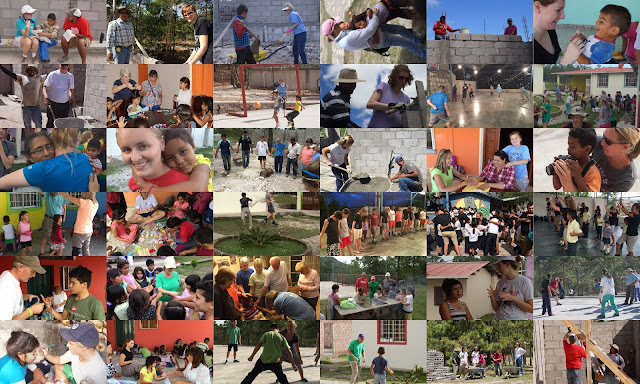 and I hear this:
By the end of the week, the barriers are gone.  The team members still don’t speak Spanish and the Hondurans still don’t speak English.  Instead, they all speak the same language – the language of the heart.  We are hermanos y hermanas, united in our love for the Risen Lord.
2 languages …
1 heart …
1 Lord.