Every once in awhile there is a moment that has it all.  In the last week, I experienced two of these moments.  That is an incredible richness, unexpected, undeserved, given by our Gracious God.

The first was last Monday night.  We had a medical brigade in house. They

spend their days holding clinics in locations outside of our ministry.  630 people touched, healed, loved in 3 days of clinics.  The brigades are so busy, they don’t really get to know the rest our of programs, except for the Sunday afternoon they spend grilling hot dogs and playing with our kids at the Children’s Home.  So, on their last evening, after a very long day of clinic, we got back in the vans and joined the Alonzo Movement kids for their club meeting.  It was a typical club meeting.  The boys ranged from 8 – 14 years old.  This is a big club, maybe 25 – 30 boys.  Dr. Jim and Don each gave a short testimony, encouraging the boys, urging them to shoot for the stars.  A 12 year old boy, Isaac, spoke to the group, thanking them for being there.  “People in other countries, they don’t know Honduras exists.”  That night, 17 people from the United States knew Honduras and these kids exist.  Then, the team surrounded the circle of boys and prayed for them.  It was beautiful but that wasn’t the moment.  The moment came later.  All the boys and the young people on the brigade team lined up to form soccer teams.  There were several captains choosing their teams.  Finally, two teams took their places on the soccer court while the rest moved to the stands.  Except for one small boy, the smallest boy who had been forgotten by everyone, even the leaders.  He had been in the corner, they didn’t see him.  “Hey!  Where do I go?”  The leader pointed to a team and then the game started.  The teams rotated in and out when a goal was scored or time was up.  After 3 or 4 rotations, the smallest boy was out on the court.  GOAL!!! A shout rang out and all the boys, big and small, 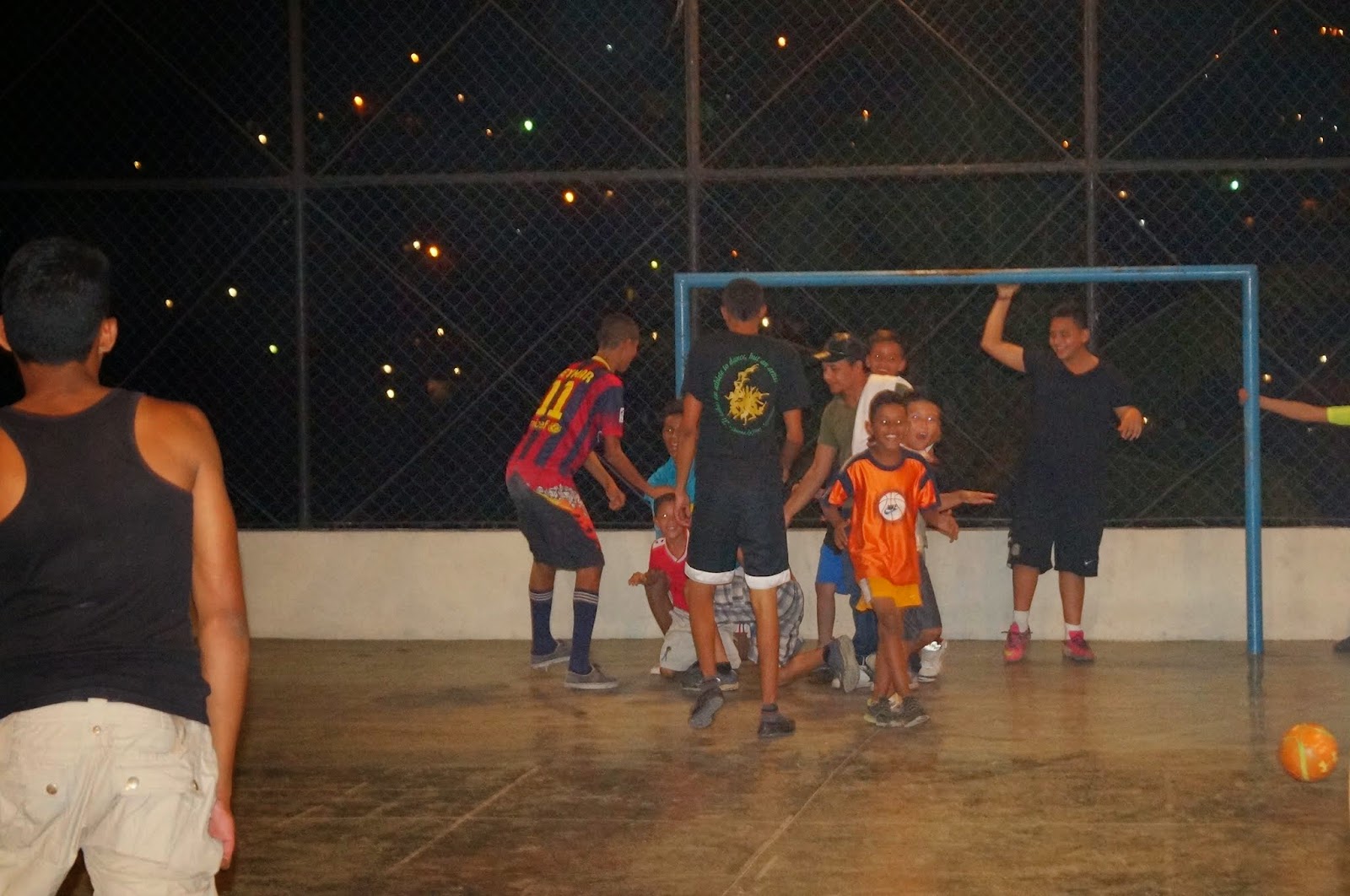 cheered when they realized the smallest boy had scored a goal.  They all ran onto the court, shouting, patting him on the back, dog piling him!  That was the moment.  Isn’t that what the Alonzo Movement is all about?   Mutual love and support, community, celebration…  For the unlikeliest boy,
a triumph.  This moment is for all the boys and girls – violence, heartache, despair fall away.  Instead they find renewed hope, shared joy, a bright future.  They don’t just exist, they are treasured. 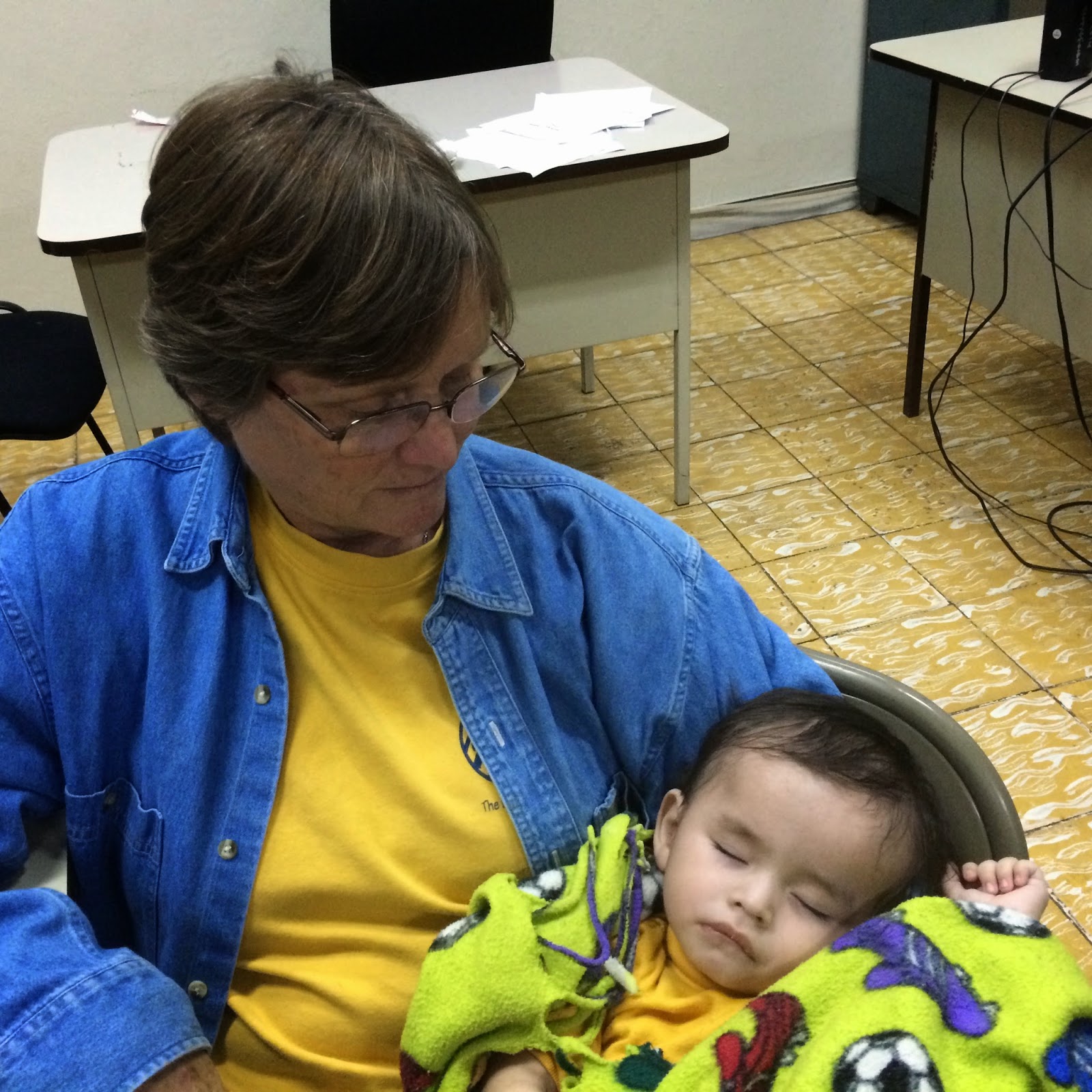 The other moment happened just last night.  I got a text from Suzy in the late afternoon.  “Got a call about a baby.  Going to see him.”  “I want to go!” I replied.  Suzy stopped by Casa LAMB and picked me up.  “There is something wrong with him,” Suzy reported.  Sallie, Elsa and Leyla were in the car. We drove to DINAF (social services, formerly known as INHFA,) walked down dark steps into  basement offices.  Some DINAF employees met us and pointed to a portable crib.  Under a filthy, very stinky blanket was the baby.  There was another boy, 3 years old, playing with a car on the floor.  They had just been removed from neglectful foster care.  They would stay in that dank office until someone picked them up. “He has had no stimulation,” explained the DINAF person.  Suzy picked him up and he started to cry.  After a few minutes, Sallie took him.  She and I sang to him while she gently rocked him.  The DINAF staff was getting a form together for Suzy to sign.  “Are you going to take him,” they asked, expecting equivocation or even abrupt departure.  “I wouldn’t have come if I weren’t,” Suzy replied.  That was the moment.  In that moment I could see how LAMB started.  How LAMB continues to grow.  God called, Suzy answered.  No dithering around.  Get in the car and go.  Something is wrong with the baby. OK, we’ll figure it out.  He won’t be the first we have pulled from the jaws of death or a diagnosis of hopelessness.   She gazed down on him with love.  Just love, pure love.  God is with us, God is with him.  God will provide.   God does provide.

What will happen next for these two small boys?  God knows.  Isn’t that wonderful? 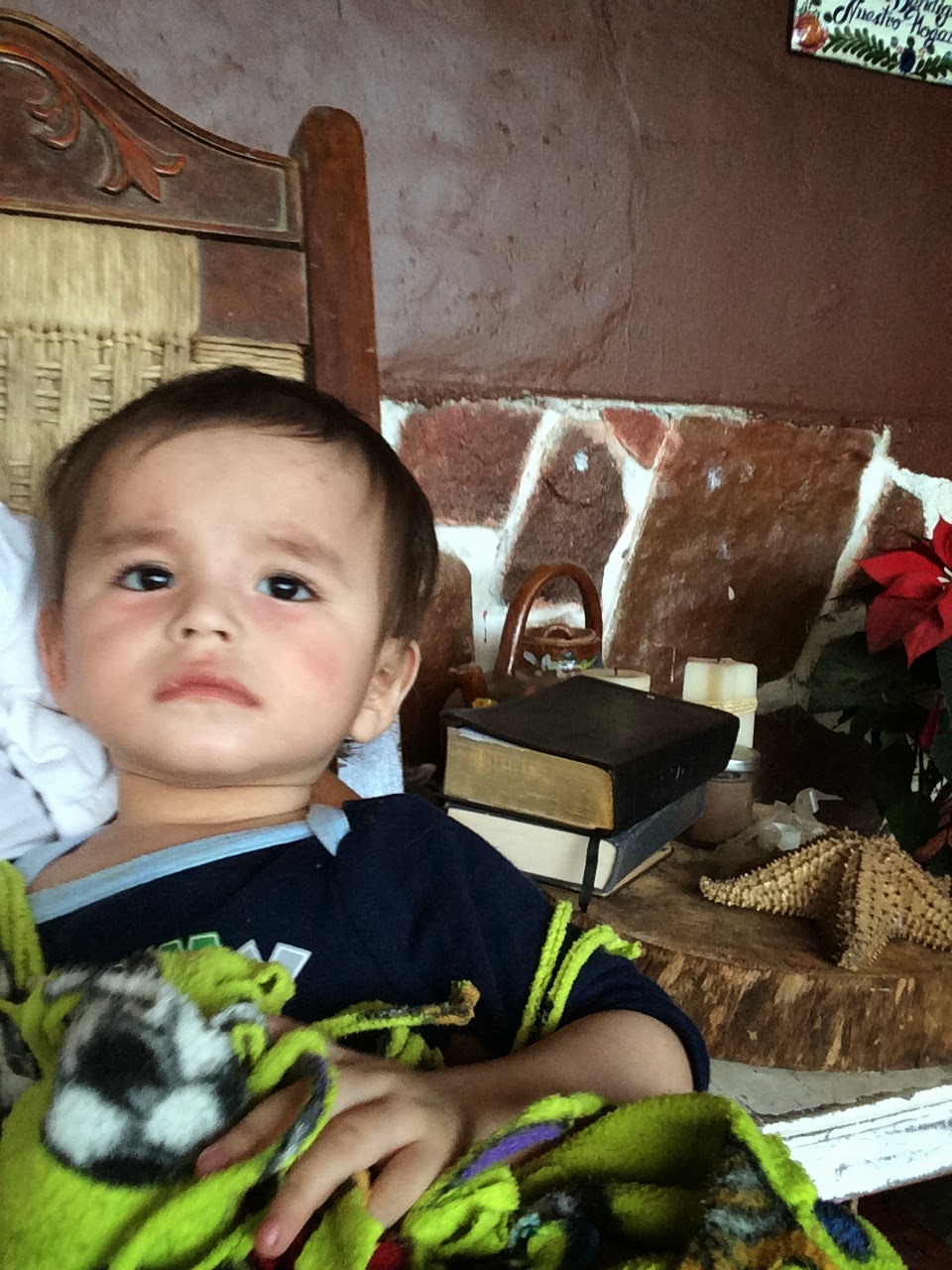